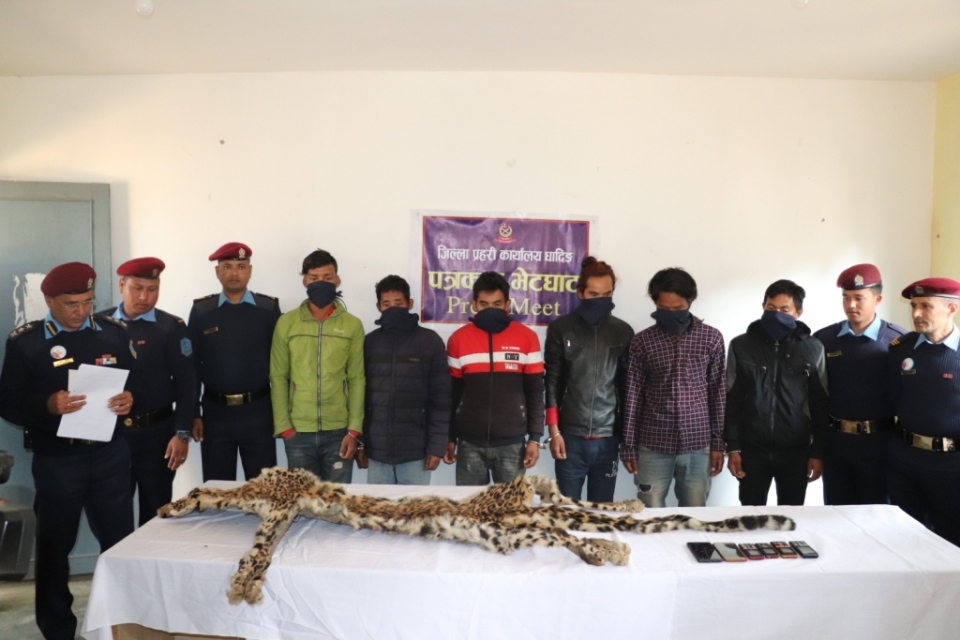 At a press conference here on Sunday, the District Police Office Dhading made public those arrested.

The six persons were found concealing tiger skins inside a bag when the police apprehended them along with their motorbikes, Superintendent of Police Rajkumar Baidabar said.

According to the police, those arrested are namely Bhairam Praja, 37, Rajendra Tamang, 34, Gyan Bahadur BK, 21, Ashish Tamang, 25, Santa Tamang, 57 and 21-year-old Rajkumar Tamang. All the arrestees hail from Dhading district.

Smog to stay for some more days in Kathmandu Valley

KATHMANDU, March 28: The smog blanketing the Kathmandu Valley since Friday is to stay for some more days. The Department... Read More...

SINDHUPALCHOWK, Dec 15: Of the 14 persons who died in the Sindhupalchowk bus accident on Sunday morning, six have been... Read More...