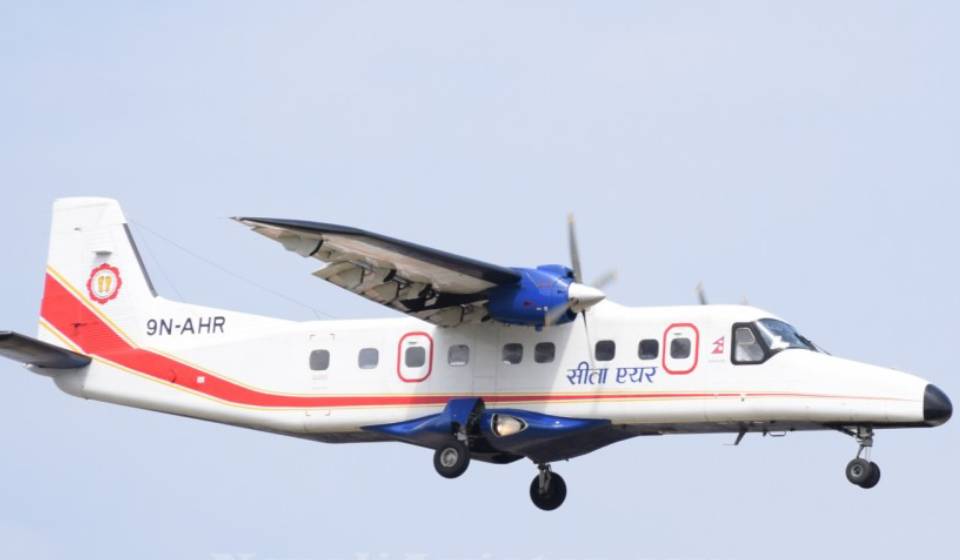 Angad Yadav, Suketar Airport Station Chief of the Civil Aviation Authority of Nepal, informed Republica that the flights, which were suspended for some time, have resumed from Monday.

Earlier, flights were said to resume from January 18, but due to cloudy and foggy weather, the flights could not be resumed According to Shri Prasad Khadka, head of Sita Air's ticket booking counter at Taplejung, Kathmandu-Taplejung-Kathmandu flights will be operated on each Monday,  Wednesday and Friday.

According to him, the airfare has been reduced and adjusted. According to Khadka, the fare from Taplejung to Kathmandu including airport tax is Rs 9,100 per person and Kathmandu-Taplejung is Rs 9,300.

For foreign nationals, Sita Air has set the fare rate for Kathmandu-Taplejung at 212 US dollars. Meanwhile, Sita Air will also fly Taplejung-Bhadrapur-Taplejung sector every Wednesday.

According to Sita Air ticket booking counter at Taplejung, the air fare from Suketar to Bhadrapur is fixed at Rs 5,385 per person including airport tax. Nepal Airlines has been flying Kathmandu-Taplejung-Kathmandu four days a week.

Lokendra Hangam Limbu, station in-charge of Nepal Airlines Corporation at Taplejung, said that now a schedule has been made to fly Suketar-Biratnagar-Suketar once a week, but the schedule has not been made public yet.

TAPLEJUNG, Oct. 5: The Nepal Airlines Corporation (NAC) has resumed its flight to Taplejung from Kathmandu, ending the gap of... Read More...

KATHMANDU, July 4: The Eminent Persons' Group (EPG) from Nepal and India is holding its first meeting in Kathmandu on... Read More...