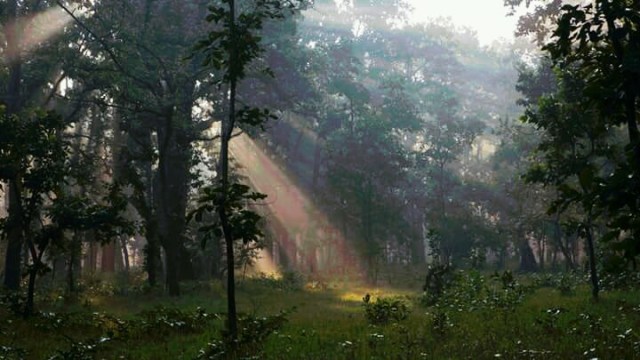 KANCHANPUR, Feb 14: The Shuklaphanta National Park has been carrying out a scientific study and research in one of its prime grasslands. The research works have been started with the implementation of the Darwin Project.

The savanna covering 20 hectares at Singhapurphanta has been divided into five blocks for conducting separate research studies on each block, said Pradip Raj Joshi, Inspection and Survey Officer at the Zoological Society of London's Nepal Office.

"For three years we have been slashing and burning the reeds, the elephant grass and other vegetation in the grassland, we have been leaving patches of grassland fallow, setting the grassland on fire without cutting grass, keeping record of the presence of wild animals and observing the grass grow here, Joshi said, adding that the grassland would be brought to use on the basis of our observations regarding the wildlife presence, the status of the vegetation and adaptation.

According to Joshi, this type of experimentation on savanna is a new kind of study.

Assistant conservation officer with the National Trust for Nature Conservation, Anil Prasain, said the grassland is an important ecosystem in Shuklaphanta national park as it is inhabited by swamp deer, tiger, rhinos and large species of birds and other animals.

There are 12 large and small savannahs inside the Shuklaphanta Park which is considered important in terms of the conservation and management of grassland ecosystems in Nepal.

The current research study is an attempt to contribute to augment to the ecosystem conservation in the park, Assistant Conservation Officer at the Shuklaphanta National Park, Gopal Bahadur Ghimire, said. RSS

CHITWAN, Dec 23: The laying of optical fiber cable has begun in the Chitwan National Park (CNP) in keeping with... Read More...

Salaries and allowances of Speaker, Deputy Speaker withheld until court’s decision
13 minutes ago

Political practice of the past one and a half decades has established the inevitability of course correction: Ex-King Shah
43 minutes ago