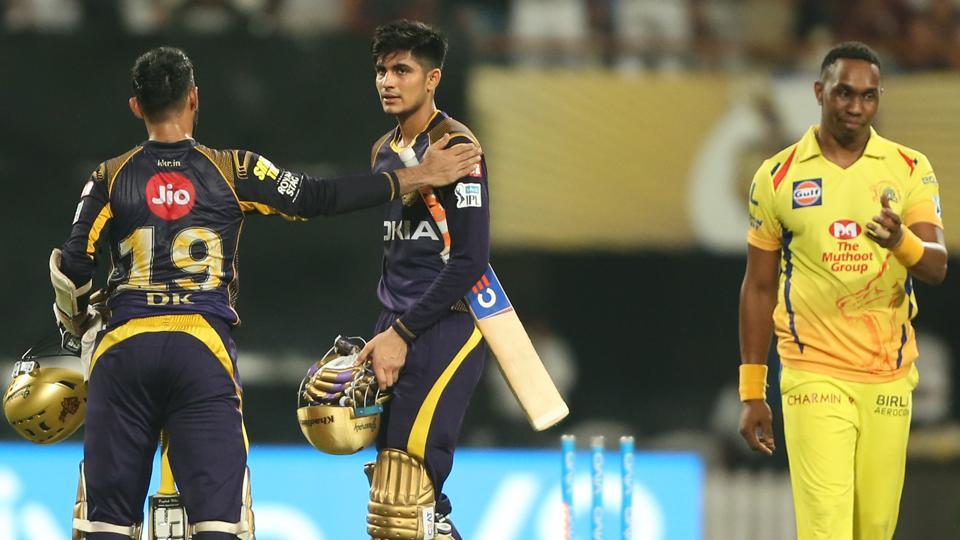 Young Shubman Gill came of age on an evening that was supposed to be all about someone twice his age. MS Dhoni’s arrival at the crease added to the luminous intensity at Eden because torches in mobile phones increased the incandescence. Just before that, the IPL’s equivalent of a clothed ‘Jimmy Jump’ had streaked into the Chennai Super Kings’ (CSK) dugout.

But it ended with Gill making the journey from boy to man as Kolkata Knight Riders (KKR) easily won by six wickets, reaching 180/4 in 17.4 overs in reply to CSK’s 177/5.

Gill made 57 from 36 balls and was involved in a fifth-wicket unbeaten stand of 83 in 36 balls with skipper Dinesh Karthik (45). This was after Gill and Rinku Singh steadied the innings following an early wobble, with a 33-run stand for the third wicket.

Gill anchored KKR’s chase of 178, eschewing risks without letting any loose balls go unpunished. It was he who got the Eden to roar the home team’s name after it spent most of the evening chanting ‘CSK, CSK’. Gill hit three fours off Shane Watson, adjusting the pull for the first, edging the second and cutting the third.

So sure was Gill’s batting that Karthik played second fiddle. Gill greeted K Asif in the 15th over with a superb pull for six. That over yielded 21 runs and turned the match around. And it was Gill, who had dropped Dhoni on 29 letting the ball slip through for six, who played an important part in that.

After CSK ended the first 10 on 90/1, KKR took control and never let it slip. They dismissed Shane Watson, Suresh Raina and Ambati Rayudu between the 11th and the 15th overs conceding 31 runs. Dhoni made 43 helping CSK take 15 off the 17th over bowled by Mitchell Johnson, who had also gone for 19 in the innings’ fifth.

Yet, KKR would be happy that CSK were restricted to 177/5. En route, KKR broke the powerplay hoodoo when Piyush Chawla’s googly foxed Faf du Plessis.

Before his customary cameo that was helped by Ravindra Jadeja dropping him off successive Asif deliveries when on six, Sunil Narine too broke a barren run finishing with 2/20. Young Shivam Mavi was impressive too when CSK batted and then Gill showed that the Dad’s Army led by Daddy Cool may still be ahead, but T20 is usually a young man’s game.