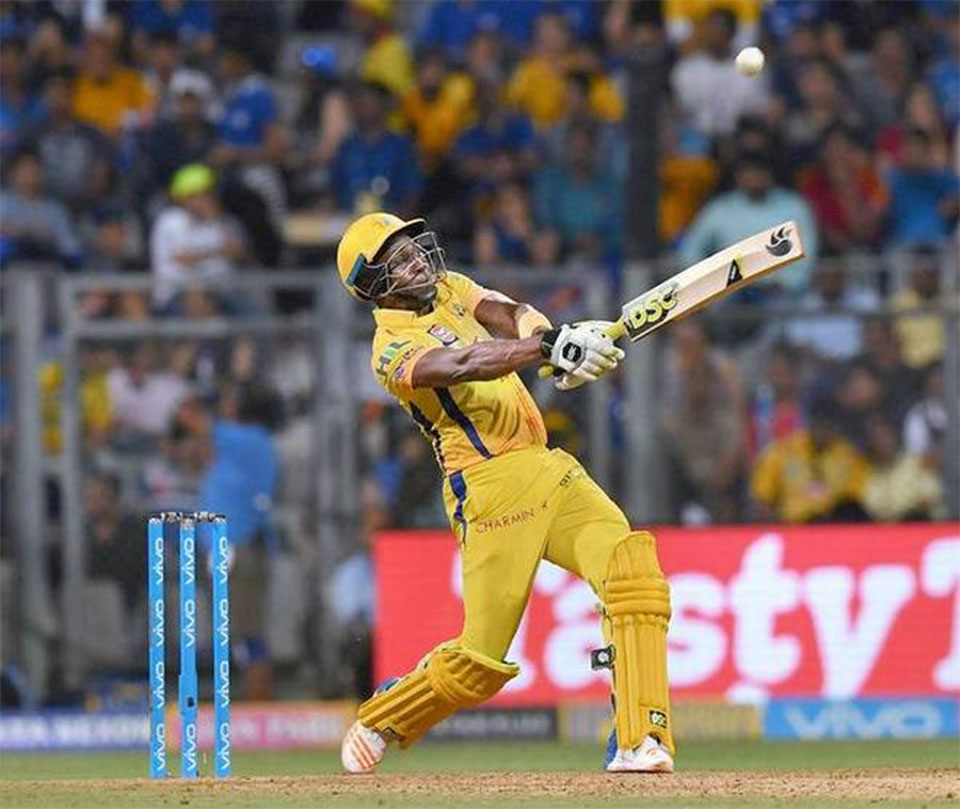 Bravo smashed 20 runs each off the two as he made a lightning-fast 68 with seven 6s and three 4s. The injured Kedar Jadhav returned to the thick of action, played three dot balls in the last over from Mustafizur Rahman, but converted a brilliant six off the fourth over long-leg and then spanked a cover-driven four off the fifth to turn the tables on the home team.

Until Bravo’s splendid show of power-hitting Mayank Markande had probably earned the right to be called the first big star of IPL-11. The 20-year-old leg-spinner from Punjab broke the back of Chennai Super Kings, scalping Ambati Rayudu and Mahendra Singh Dhoni, but in the end Bravo had his way.

Returning to the league after a gap of three years, Dhoni won the toss and decided to field. Dhoni began proceedings with right-arm seamer Deepak Chahar, who had played just four matches in the league. Home team captain Rohit Sharma was beaten neck and crop off the first ball.

He had hit a four and a six, when, in trying to force the pace in the PowerPlay, he top-edged Watson and Ambati Rayudu brought off a well-judged catch.

From two quick blows, the defending champion proceeded at 6.5 runs an over in the PowerPlay and then maintained the modest pace till the half-way mark.

Sporting the MI colours after seven seasons, Suryakumar Yadav took charge in a confident manner striking the ball fluently off his front foot.

England’s Mark Wood bowled his first two overs superbly, but Krunal Pandya, ever the late-order saviour for the men in blue and gold stripes, delivered the goods again.

Though shackled for a major part of its innings, MI scored heavily off leg-spinner Imran Tahir’s first over (18 runs), Dwayne Bravo’s first over (14 runs) and Wood’s third (19 runs) and fourth overs (17 runs).

Bravo’s smart bowling checked the run rate in the end, but the Pandya brothers’ stand of 52 for the unbeaten fifth wicket enabled MI to set an asking rate of eight runs an over.

April 29: Mumbai Indians have made a shaky start to their IPL 2018 campaign, but showed on Saturday what they are... Read More...