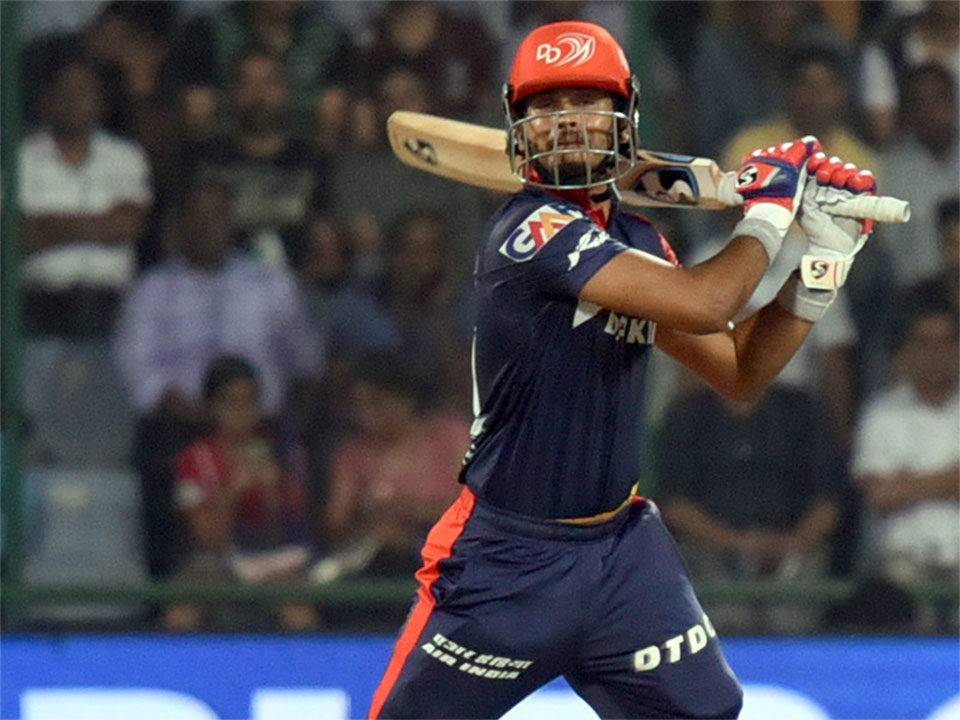 NEW DELHI, April 28: The 'Bombay school of batting' is something most in Indian cricket circles would swear by to produce results. What transpired at Feroz Shah Kotla on Friday night, however, was two young batsmen regarded as the torchbearers of batting in Mumbai, defying the no-nos in the book of the purists to ignite some hope in Delhi Daredevils camp to get on a roll.

Daredevils cried for something special going into the match against Kolkata Knight Riders. Shreyas Iyer and Prithvi Shaw decided to take the centre stage as the hosts recorded a convincing 55-run win, their second in seven matches. The short strides, keeping himself just that tad away from the line of the ball to create room and swing the bat through from a high backlift was a feature of batting that local boy Virender Sehwag had mastered. It was 18-year-old Shaw who was thriving on that technique on Friday.

And then there was the new captain Iyer, shuffling around the crease, as he went on a rampage, chipping and muscling off sixes at will. For once, Daredevils batting looked dominant and the total 219/4 was always going to test the chasing skills of the KKR batting. Even though the carnage inflicted by Iyer's 40-ball 93 and Shaw's 44-ball 62 on the night is likely to give a few hiccups to the coaches back in the Maidans in Mumbai and the most starting schools across the country. One thing stood in common was the still head until a Piyush Chawla-long hop kept a bit low and skid under the cross bat of Shaw in the 14th over of the match.

Dinesh Karhtik's ploy to bare his spinners in the powerplay and holding back the extra pace of young Shivam Mavi and veteran Mitchell Johnson may have had eased things a bit for the duo to plan their attack. The difference in tactics bore dividends for the home team. The new-ball bowlers - Trent Boult, Avesh Khan and Liam Plunkett - rocked the KKR top order with pace right up front in the chase. And the leg-spin of Amit Mishra derived enough purchase in the second half to nip KKR's charge in the bud and put the chase beyond the freakish power-hitting of Andre Russell.

Yet, the night was about how Indian cricket - bred on a T20 diet - oozes confidence when let free. Iyer wasn't going to let the tag of captaincy burden his will. Shaw was in no mood to play the protected new kid on the block. They have ambitions and Daredevils' sorry state in the competition gives them all the opportunities to enhance their highly-rated potential as batsmen.

It was about cashing in. Iyer would know the IPL has been throwing up middle-order options every year. His presence at the crease screamed authority. The few nudges for singles before going into a six-hitting spree was just a testimony. He knew his out-of-form bowling, the spinners more so, needed that extra cushion.

The Indian middle-order has been craving for such awareness in limited-overs cricket. For Iyer to stay in contention of boarding that flight to the World Cup next year, he only needs to add consistency.

For now, Daredevils management would command a pat on their back for putting their money on Iyer.