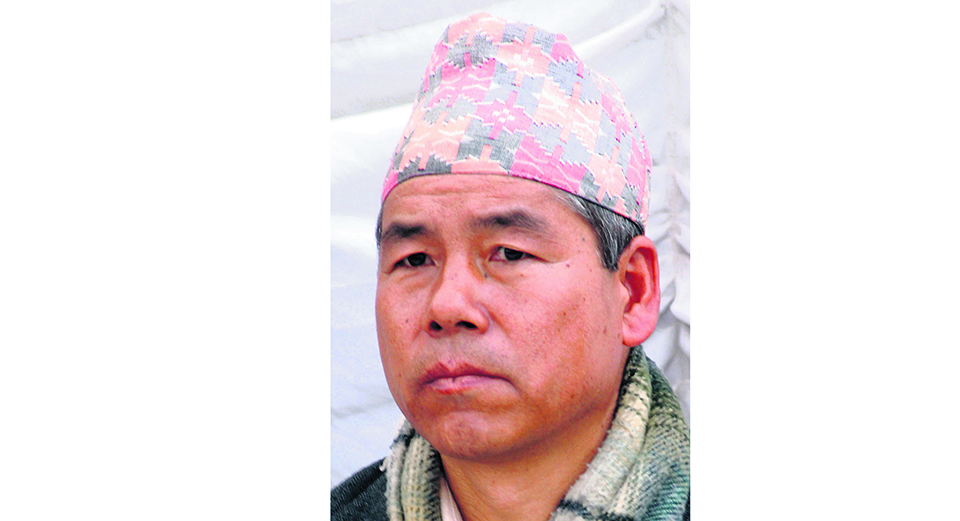 Some lawmakers want terms and conditions of MCC agreement re-negotiated before endorsing it through parliament
KATHMANDU, Sept 23:Following a sharp division in the ruling Nepal Communist Party (NCP) over accepting the grant under the Millennium Challenge Corporation (MCC) based on the current terms and  conditions, the multi-million dollar investment grant provided by the US government to develop major infrastructure projects has fallen in limbo.

The 500-million dollar grant pledged by the US government is less likely to move forward anytime soon with a section of leaders within the ruling NCP lobbying strongly that Nepal should not accept the fund that is allegedly tied to the Indo-Pacific Strategy (IPS) -- a strategy many in Nepal believe is devised to contain China and its Belt and Road Initiative (BRI).

As the sharp polarization within the ruling NCP forced the government to shelve its plan to ratify the agreement signed between Nepal government and MCC in September 2017 through parliament, the implementation of the MCC projects supposed to kick off from this month is already set to be  missed. Nepal plans to develop a 400-KV Nepal-India Butwal-Gorakhpur electricity transmission line with MCC investment grant of the US government.

Among other things, the US has put forth demands to declare the cross-border transmission line as a national pride project, reach Project Implementation Agreement, formulate the Electricity Regulatory Commission Act and establish it, ratify the MCC agreement through parliament, negotiate and reach an agreement with India to construct the transmission line as condition precedents.

While the government has already declared the transmission line project as a national pride project, it has already reached Project Implementation Agreement and established Electricity Regulatory Commission and even Project Implementation Agreement. Besides failing to endorse the MCC agreement through parliament, Nepal and India are yet to finalize an agreement to build the Butwal-Gorakhpur transmission line.

Ruling NCP’s Chief Whip in the House of Representatives, Dev Gurung, said the MCC projects cannot be expedited under their current terms and conditions in view of the changed political and strategic context since the time when the agreement was signed. “When the MCC agreement was reached in 2017, there was no mention of the Indo-Pacific Strategy. But since all US officials have been saying time and again that the MCC investment grant is also a part of the Indo-Pacific Strategy, the MCC projects cannot be expedited under the current terms and conditions,” said Gurung.

Gurung argued that Nepal and US need to start fresh negotiations and reach a new agreement while making it clear that this is not a part of any strategic or military alliance of the US government in the region if the projects are to be expedited. “The MCC investment grant agreement is said to be a bilateral agreement. But it has a controversial condition that Nepal should first bring India on board to execute the project,” he further said.

The dissenting NCP lawmakers argue that it is tantamount to join the US-led military alliance and abandoning Nepal’s long-held foreign policy based on non-alignment and Panchsheel. They have argued that this issue needs further discussion within the party to arrive at a consensus first before endorsing it through parliament under the existing terms and conditions.

A bill related to MCC agreement was registered at the Parliament Secretariat on July 15 to endorse it through parliament. But as there was a sharp division within the ruling party in view of the controversy surrounding the Indo-Pacific Strategy, the plan to endorse the bill through parliament had fallen in limbo.

Addressing the parliamentary party meeting in the capital on Saturday, NCP Chairman and Prime Minister Oli expressed dissatisfaction with the party members for not extending cooperation to endorse the MCC agreement through parliament. The prime minister said although the budget session remained highly successful despite some obstructions, the non-cooperation from the party’s own lawmakers had made them unable to endorse some of the important bills and agreements.

“Some of the important bills like the Citizenship Bill and the Media Council Bill and MCC Agreement should have been endorsed. But the role of our own lawmakers was seen non-cooperative to the government to endorse these bills,” an NCP lawmaker quoted the prime minister as complaining in the meeting. The budget session ended on Friday.

The MCC, an independent US government agency working to reduce global poverty through economic cooperation, had agreed to provide the investment grant to strengthen the country’s energy and transport network. The construction of a cross-country transmission line and upgradation of strategic network with the fund of MCC grant is expected to attract investment and reduce poverty by stimulating economic growth.

If MCC moves forward without consent, the alliance will end automatically: Dev Gurung

Car goes missing after falling into Trishuli
23 hours ago

About 20,000 observers to be deployed to monitor upcoming elections
15 hours ago