Sexual harassment in public transportation is rampant, but few victims speak out 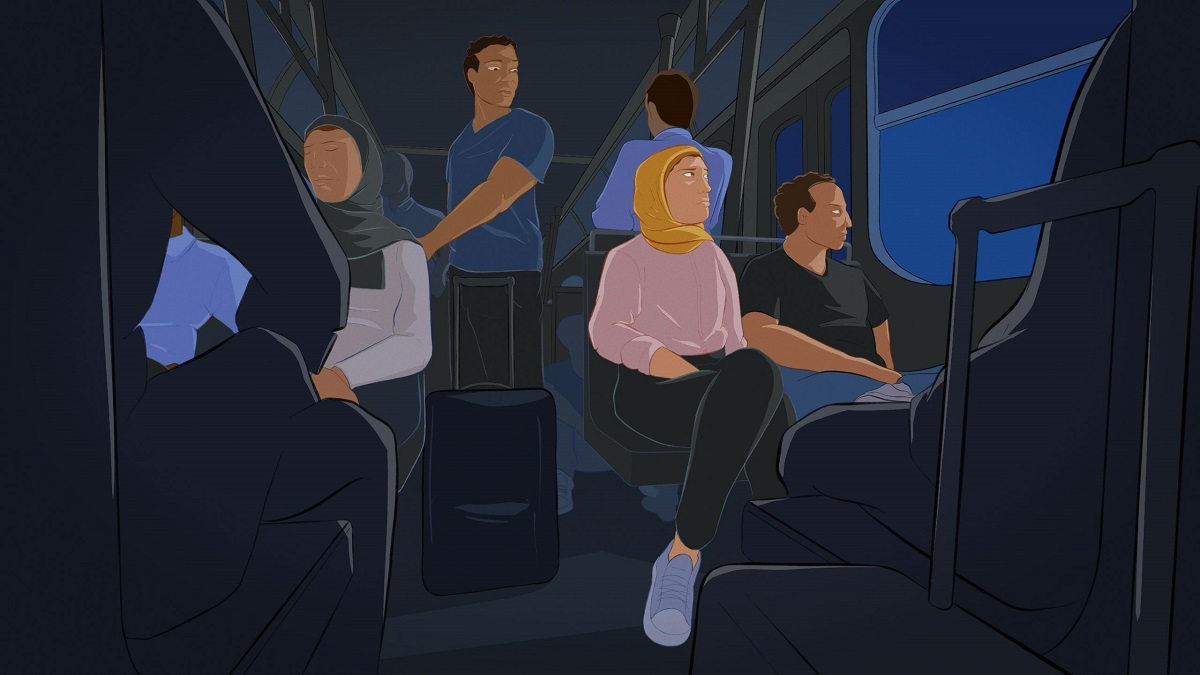 The police arrested 1,085 people and filed cases against 312 individuals

KATHMANDU, Aug 27: Neeti Khadka*, an undergraduate student, had a horrible experience inside a public bus last year. She was on her way home from college, and a man in his 40s touched her from behind. Both were standing in a crowded bus, heading to Thankot from New Bus Park. He inched closer, wanting to rub his body against hers, as his hands were moving over her shoulder, trying to reach her chest. She tried to push him off but he wouldn't care. She was in tears, and did not know how to react. He started touching her sensitive parts. A woman intervened after a few minutes.

"The aunty rescued me. She shouted at him and he didn’t say anything. She pulled me near her and comforted me," Khadka recalled. "I was upset, and disturbed for days. I've simply stopped traveling in the public bus."

"The numbers came from 14 groups of the security forces, consisting of 49 personnel in civil dress, who made random inspections in Kathmandu, Lalitpur and Bhaktapur. If we have enough police on the ground, the number will be very high" said Hima Thokar, police inspector, who looks after the Women, Children and Elderly Safety Cell at the Metropolitan Police Office, Ranipokhari.

Thokar stated that the police had registered 'only serious offense where offenders could be held responsible'. ‘Odd behaviors’ were too high! Such behavior included making the victim party feel awkward by gazing or touching them in a way that could veer either toward harassment or 'a natural act' inside a crowded vehicle.

Khadka says that she could not speak right away because the bus was crowded and the man could have blamed the crowd for his behavior. "Plus, I was nervous and couldn't speak out. I didn't want an argument," she said.

Thokar claims that the police are ready to cooperate, and there are women cells at local levels where victims are provided with all the support. "But we get two or three complaints in a given year."

Sexual harassment in public spaces is quite common. The victims often choose to let go of the bitter experiences because they fear the hassles and consequences once they open up about the issue. Producing evidence of harassment, like Neeti Khadka pointed out, or confronting the abuser in front of everyone is what women often want to avoid.

"We even hesitate to share such incidents with friends and family members. We feel embarrassed to do so," said Khadka.

A single child of working parents, Khadka asked her parents to pick-up and drop after the incident. She is now thinking of buying a scooter.

However, for most of the students or working girls and women in Kathmandu, crowded buses are the only means of transportation. People are forced to travel through jam-packed vehicles, which means thousands of girls and women are victimized every day.

"Sometimes you have to face sick people that you simply feel like slapping them. But you don’t have that mood or energy to handle what follows after that," said Reeta Pariyar, a social activist, who doesn't use public transportation unless it's an emergency. "I either walk, get lift from friends, or take a taxi."

Also according to Pariyar, few speak about sexual harassment because of the fear of getting into controversy. Many make the victim feel guilty instead, she says. And lodging a complaint is the last thing a woman would want to do, dragging not just yourself but the family members into the case.

"Why invite trouble by making an issue out of something you can avoid! If we teach girls to speak right away, and if people, in general, come forward to support them, such unhealthy behavior will subside," she suggests.

"You simply won’t be able to avoid harassment if you use public transportation on a regular basis," says Nirmala Dhital, former chairperson of Nepal Disabled Women Association (NDWA).  "And it goes without saying that women with physical disabilities are more vulnerable. If a visually impaired or women with other problems take public vehicles, they are most insecure," she added.

The government has imposed seat reservation for women in public vehicles. At least the front four seats are generally reserved for women, be it a small or big bus. But thanks to the lack of monitoring and awareness, women have to struggle to enjoy their rights. According to Dhital, few are sensitive about seats reserved for people with disabilities and the elderly, let alone women.

Inspector Thokar cited reports that men over 25 have been found to harass women in public transportation. The ages of victims vary; very young girls are targeted, but older women are not spared either. However, sexual violence against men is not very common.

Even though the police ran safety campaigns in the past, it was not effective. For instance, only 383 cases of 'sexual harassment and other offences in public place' were registered in the last fiscal year.

Inspector Thokar said that the safety drive launched by the police will be effective once things return to normalcy, and additional teams will be deployed to cover larger areas.

"Our campaign came to a halt due to the pandemic. But we have better ideas to curb such crimes", she said. Thokar also added that other stakeholders should cooperate to bring down the cases of sexual violence in public transportation.

Govt decides to reduce tax on petroleum products
2 minutes ago