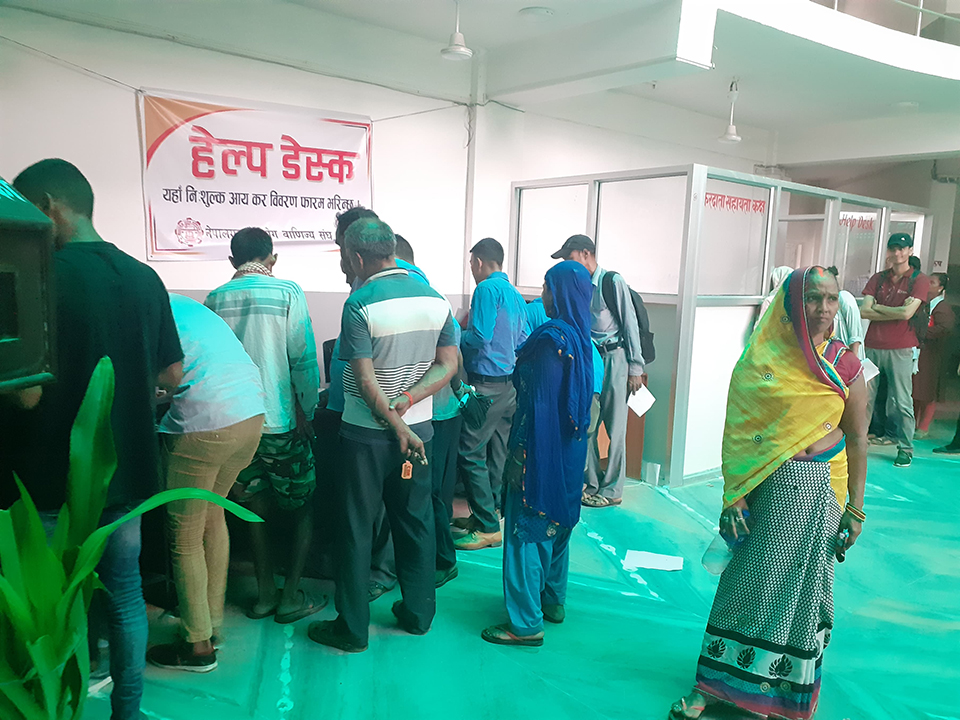 The number of individuals applying for PPAN has increased significantly due to mandatory government provision of requiring PPAN from employees under government, non-government organizations, industries, academia, and companies in order to receive payment from the employers.

The government has made PPAN cards mandatory for all wage earners from the current Fiscal Year 2019/20.

If an employer makes the payment to its employees without PPAN, it will not be considered as an expense of the employer.

According to Prakash Poudel, chief tax officer at the Inland Revenue Office in Nepalgunj, more than 12,000 PPAN were issued in just a month.

"Now, over 40,000 individuals including the previous 28,000 persons have received PPAN," Poudel told Republica.

According to the tax office records, about 400 people visit the office every day for PPAN card.

"The objective of issuing PPAN is for the government is to identify taxpayers. It will help keep track of all income earners' transactions," he added.

Meanwhile, 38,000 business PAN cards have been issued by the office. There is a large number of people applying for PPAN, business PAN, and those coming to submit the details of income tax at the office. With the increasing service seekers, the office remains crowded these days. The office stated that it has tried to provide fast and easy services to the service seekers.

Service seekers can fill up online applications to acquire PPAN. The Inland Revenue Office stated that the PAN can be acquired quickly if the person visits with the online-filled application in printed form.

A total of 7,000 Business PAN have been issued and distributed after the establishment of the Inland Revenue Office in Surkhet. There has been a reduction in the jurisdiction of the office, which was responsible for 10 districts of the then mid and far-western regions.