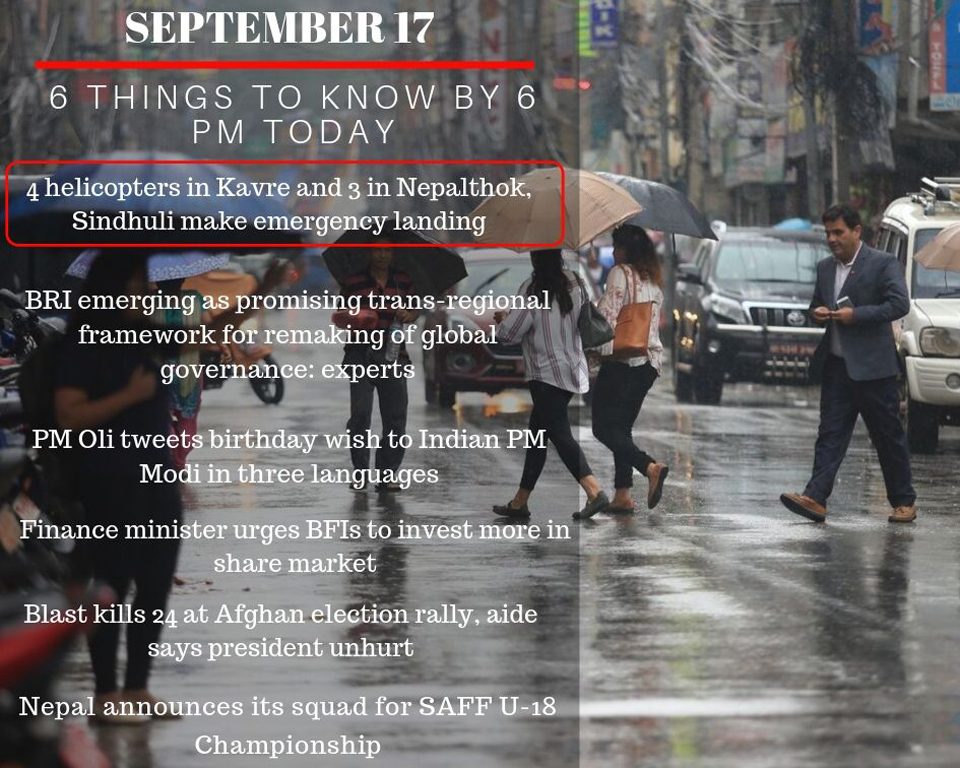 4 helicopters in Kavre and 3 in Nepalthok, Sindhuli make emergency landing 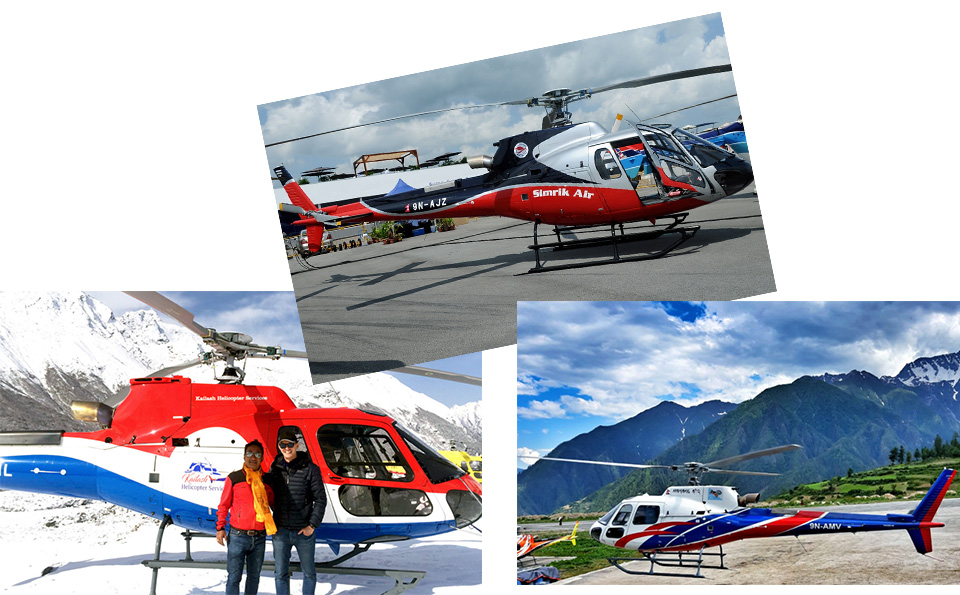 Four helicopters in Kavre and three in Nepalthok, Sindhuli have made emergency landings due to poor weather.

President of Shanghai Institutes for International Studies Chen Dongxiao, who is currently visiting Nepal, has said that the Belt and Road Initiative has emerged as one of the promising trans-regional cooperation frameworks for remaking of global governance in the changed international order. 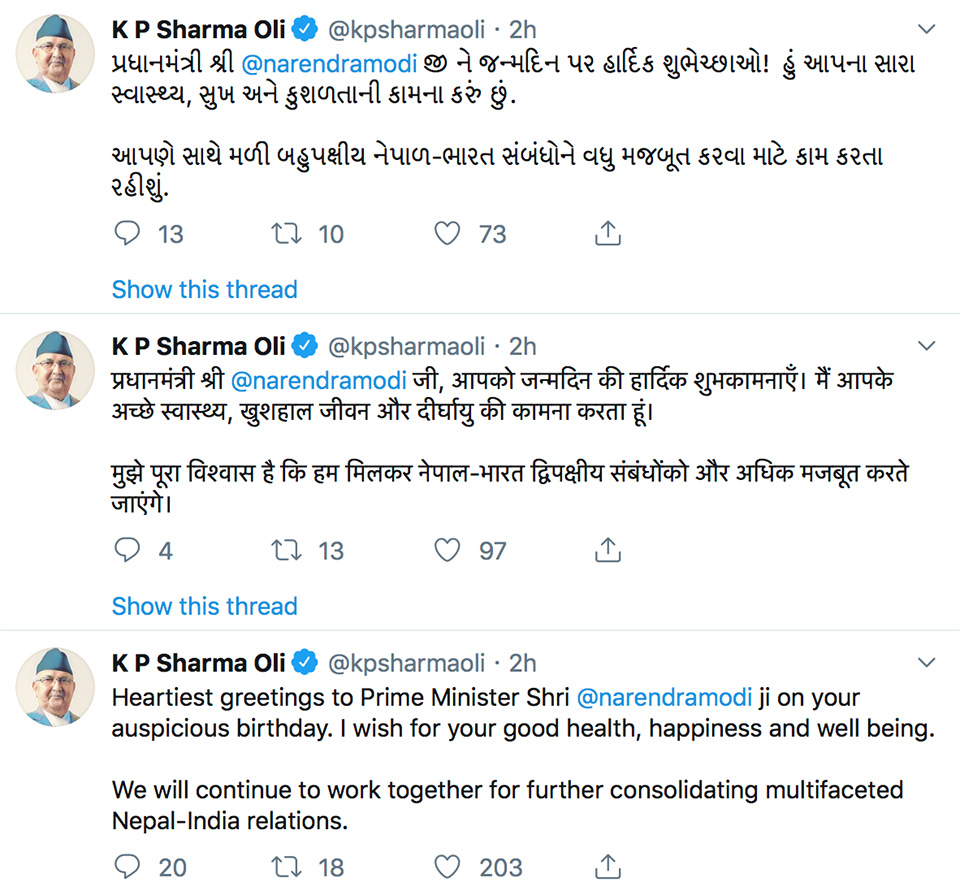 The tweets read: Heartiest greetings to Prime Minister Shri @narendramodi ji on your auspicious birthday. I wish for your good health, happiness and well being. We will continue to work together for further consolidating multifaceted Nepal-India relations. 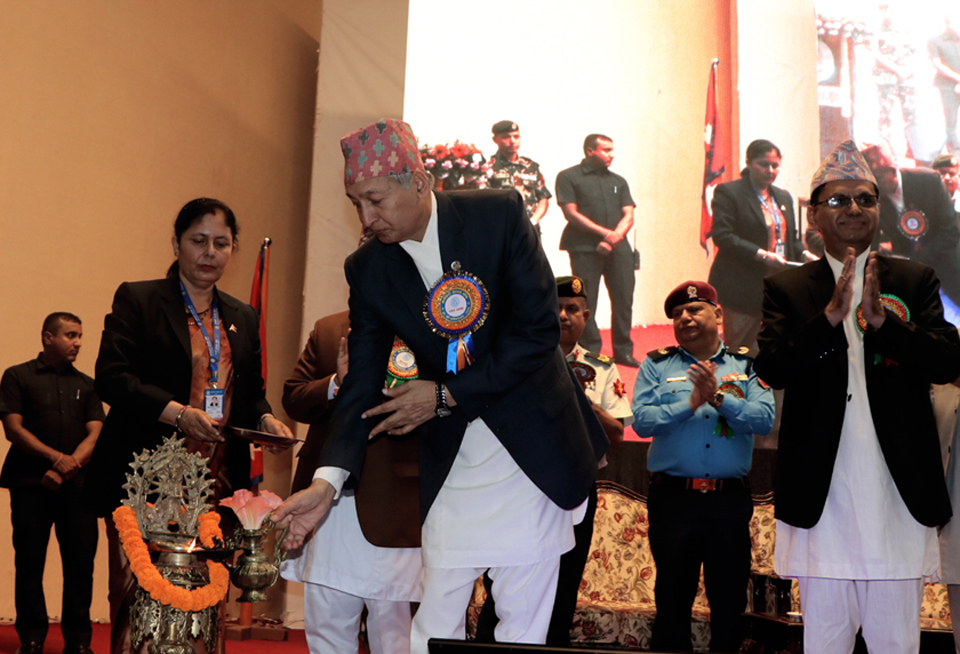 Finance Minister Dr Yubraj Khatiwada has urged the financial institutions to increase investment in share market in a bid to expedite economic activities in the country.

Speaking at a program to mark 58th anniversary of Employees Provident Fund in the capital on Tuesday, Minister Khatiwaa said that it is an appropriate time to make more investment in the stock market as the country is witnessing political stability, and rise in economic activities as well the interest rate of bank and financial institutions.

An explosion near an election rally attended by Afghan President Ashraf Ghani killed 24 people and injured 31 others, a health official said, but Ghani was unhurt according to an aide.

Ghani had been due to address the rally in Charikar, capital of Parwan province, north of Kabul, when the suspected militant attack occurred.

Nepal announces its squad for SAFF U-18 Championship

All Nepal Football Association (ANFA) on Tuesday declared a 23-member squad for upcoming SAFF U-18 Championship which is scheduled to begin on September 20 at Halchowk Stadium in Kathmandu.

KATHMANDU, Sept 27: Bangladesh has made its entry into the finals of SAFF U-18 Championship being held at APF Stadium... Read More...

KATHMANDU, Sept 24: Bangladesh has advanced into the semifinals of the SAFF U-18 Championship after holding strong Indian side to... Read More...