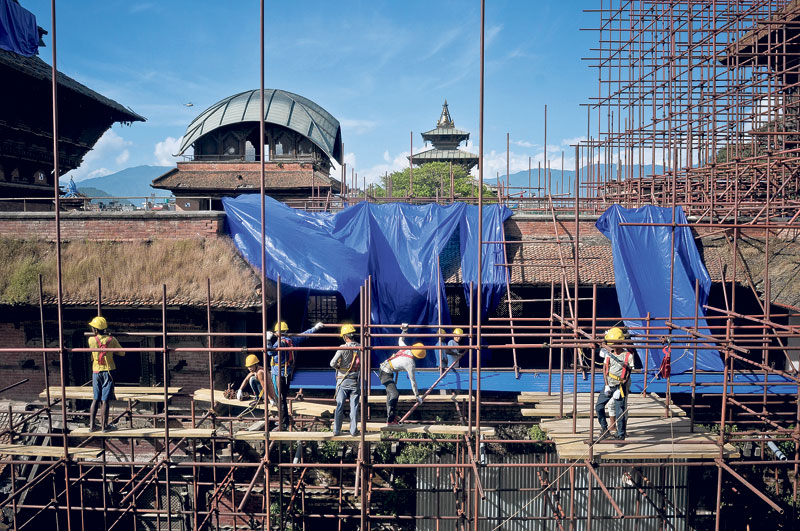 RAUTAHAT, Sept 13: The day is not far when the locals of Rautahat will cast their votes for their favorite candidates in the third phase of local election on September 18. But the promises and pledges made by various candidates have made it difficult for them to choose which candidate to vote for.

Candidates of various political parties in the eight districts of Province 2 have been actively involved in poll campaigns with the objective of luring as many voters as possible. They have been adopting various measures to persuade people to vote for them.
As everyone is aware of the real issues and problems of the locals, most of the candidates have raised such issues in their election manifestos. This to some extent has impressed the voters.

However, there are some voters who hardly believe the leaders will keep their promises as this is what they hear in every election. As per the skeptics, despite ensuring locals of various rights and authorities most of the candidates are doing nothing more than telling people what they plan to do.

They are not just persuading the locals but also their relatives and friends. Those who are out of district or even the country in search of jobs are getting assurance of job guarantee from the candidates. Sadananda Jha of Gaur Municipality-7, Sisawa is the youngest of six brothers. More than 30 members of his large family are eligible for voting.

According to him, instead of voting for the party his family members are determined to vote on the basis of the capability of the candidates.

Taking the advantage of the opportunity provided by local elections, locals are not just expressing their disappointment to the political parties but are making various demands regarding infrastructural and other development of the district. In return, they have been assured of hospitals, ambulance services, schools, libraries, etc.

With this, many people, especially in the rural areas, have started dreaming of a developed and prosperous city for their living. In order to win more hearts and reserve more votes, few candidates are selling impossible dreams which they won't be able to fulfill in years.

Ajay Prakash, mayoral candidate of Katahariya Municipality from Nepali Congress (NC), has pledged to bring ambulance services in all villages of Rautahat if he got elected as mayor. This has been a great demand of this village as every year, a large number of patients have to compromise their health due to lack of timely treatment.