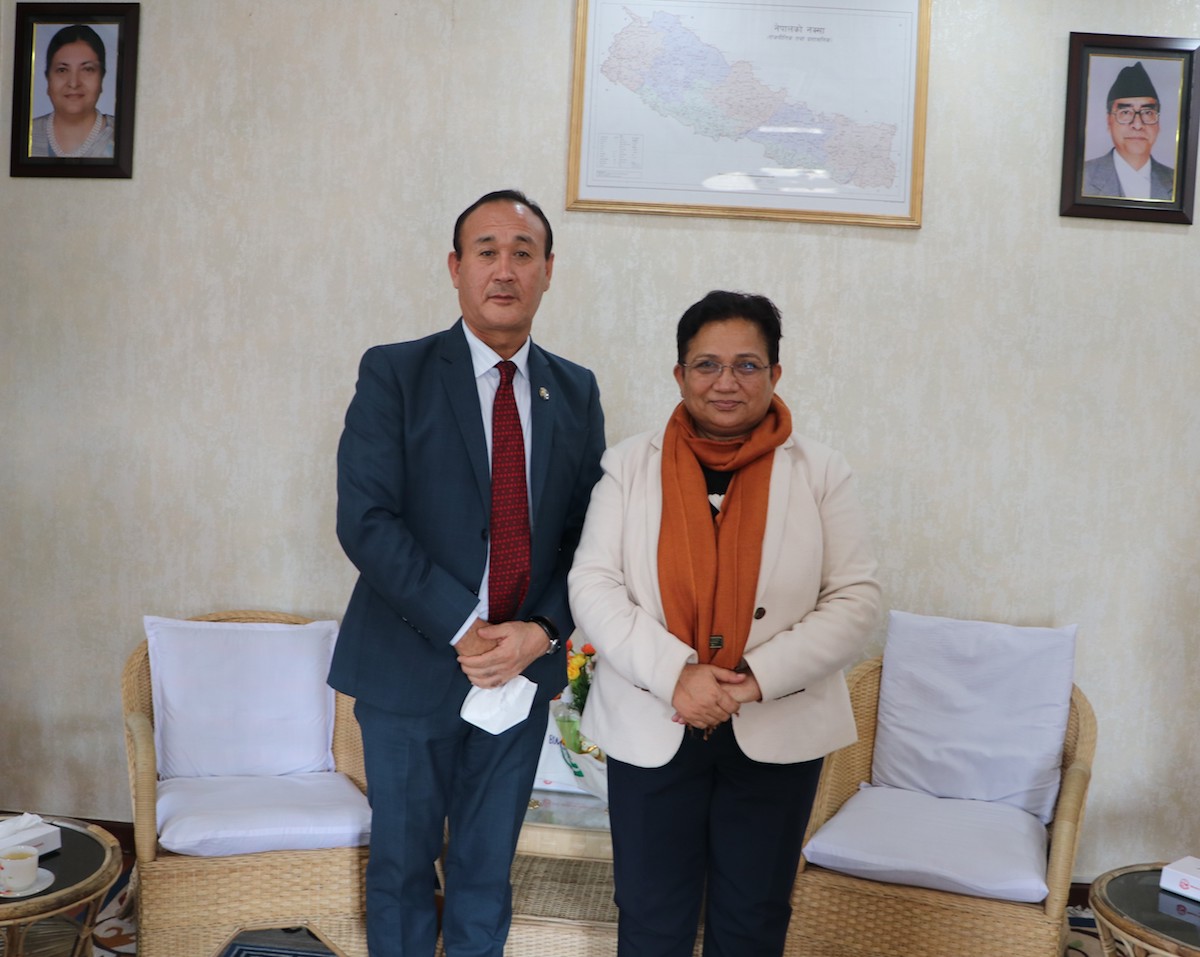 KATHMANDU, Jan 4: Minister for Energy, Water Resources and Irrigation Pampha Bhusal has received a courtesy call from Tenzin Lekphell, Secretary General of the Bay of Bengal Initiative for Multi-Sectoral Technical and Economic Cooperation (BIMSTEC). During today's meeting at the ministry, various issues of BIMSTEC were discussed between them.

On the occasion, Secretary General Lekphell stressed the need for all member states to take active part in advancing the energy sector issues passed by the BIMSTEC conference. He said that the Government of Nepal should pay attention to the energy-related master plan agreed upon in 2018 BS as it would benefit the member nations.

Similarly, Secretary General Lekphell said that the issue of setting up an upper body related to BIMSTEC by setting up an 'Energy Center' in Bangalore, India should be given priority. In response, Minister Bhusal said that the issues related to the use and promotion of BIMSTEC level hydropower were interrelated and clarified that she was ready to play the role to be played on behalf of Nepal. Stating that the hydropower sector is important for Nepal, she assured that the Energy Ministerial meeting would be held at an appropriate time.

She said, "Nepal will set the date in a way that is suitable for all the member countries. For that, we will appoint a focal person and move the work forward." In the Ministerial Meeting held in 2010, Nepal was given the responsibility to organize the Energy Ministerial Meeting.

Secretary General of BIMSTEC Lekphell is visiting Nepal in connection with the proposal to hold the 5th BIMSTEC Summit in Sri Lanka on March 30, 2022.

KATHMANDU, Feb 24: A delegation including Energy Secretary of the Government of India, Alok Kumar, paid a courtesy call on... Read More...

Chances of rain with thunder today
52 minutes ago