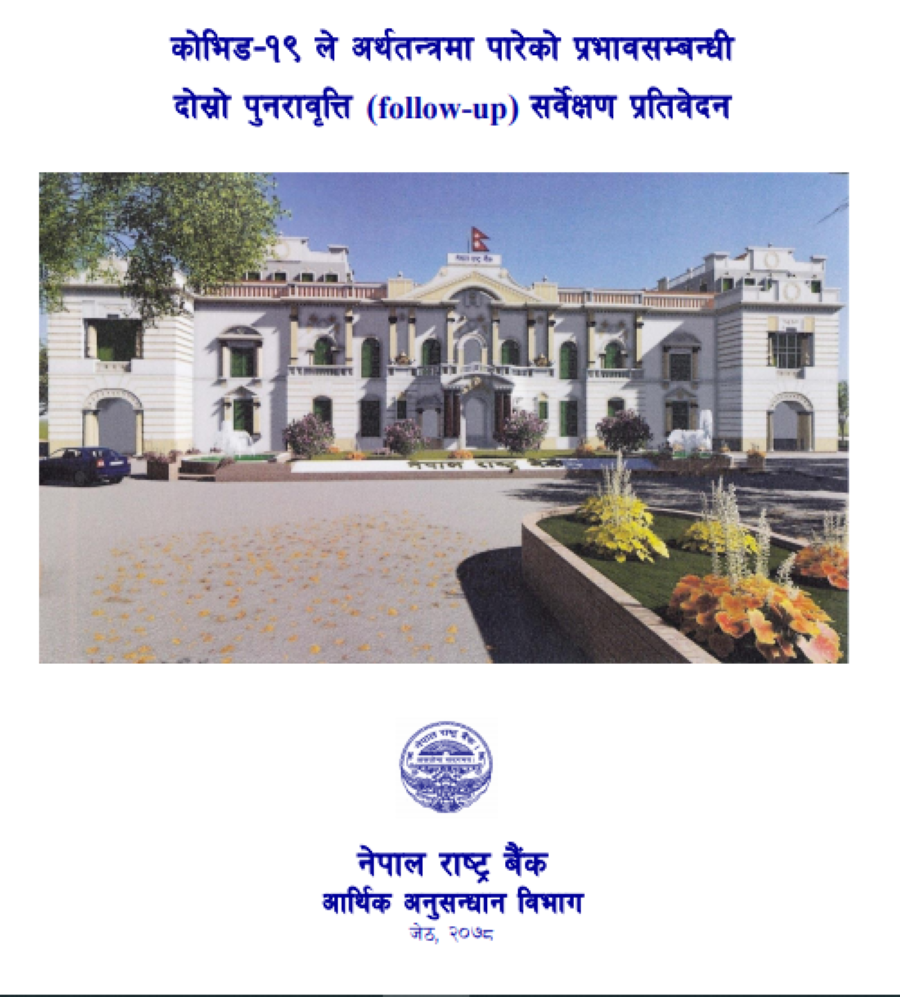 KATHMANDU, May 21: Industries have been affected largely by a heavy fall in market demand during the second wave of COVID-19 and the government has enforced prohibitory orders despite many of them being in cushions to run their businesses compared to the impacts of the pandemic last year.

The Second Follow-up Report on Impact of COVID-19 on Businesses unveiled by Nepal Rastra Bank (NRB) shows that 81.2 percent of the business enterprises were in full operation as of the first week of this month when the government-imposed restrictions came to effect. It was only 4.1 percent in July 2020 after the pandemic hit the country.

The central bank has come up with the status of industries through a telephone-based survey of 562 entrepreneurs conducted during April 18-27. The report shows almost all the enterprises related to supply of electricity, cooking gas, drinking water and communications have remained untouched by the impacts of the prohibitory orders and have been operating in their full capacity.

The cottage industry which was largely affected during the first phase spread of the COVID-19 are somewhat in cushion at present, shows the NRB’s survey report. In July 2020, only 2.7 percent of these industries were in full operation whereas 63.7 percent had remained closed. In the review period this year, only 5.6 percent of the cottage industries have remained shut while 74.4 percent have been operating in their full capacity.

The situation of large industries (with capital of more than Rs 500 million) is also better at present compared to last year. About 90.5 percent of these industries are in full operation while the figure was only 6.9 percent in the pandemic impacted period last year.

The industries have pointed out a massive fall in demand as the main problem that they have been facing at present. Difficulty in receiving refinance and subsidized loans and non-cooperation by the banks and financial institutions are among the other problems that the industries underscored.

KATHMANDU, April 26: A total of 72 people have died in the last three days due to COVID-19 infection, according... Read More...

LONDON, Jan 2: Britain reactivated emergency hospitals built at the start of the pandemic and shut primary schools in London on... Read More...

With the COVID-19 pandemic bringing to a halt economic and broader development activity around the world, the World Bank has... Read More...