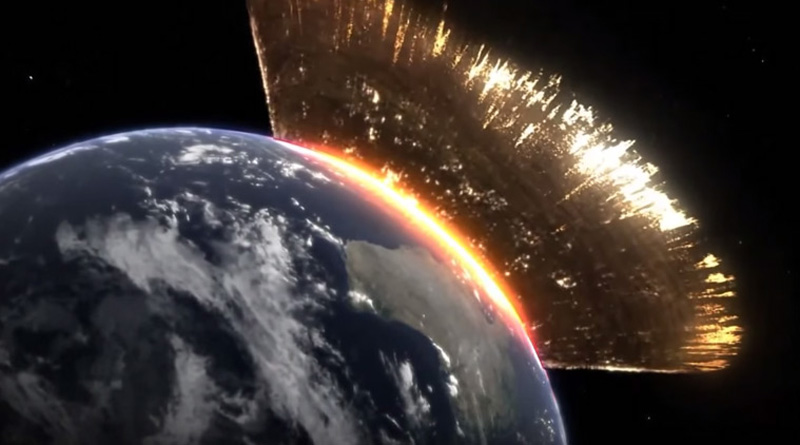 The collision of an asteroid with Earth can have devastating impact but a team of researchers is working out how to deflect the path of an asteroid to avoid the apocalypse. The project led by Spain’s National Research Council (CSIC) provides information on the effects a projectile impact would have on an asteroid.

“Studying the chemical and mineralogical composition of the Chelyabinsk meteorite allows us to grasp the importance of the collision compaction processes that asteroids suffer as they near the Earth,” said Josep Maria Trigo, a CSIC researcher.

An asteroid with a diameter of approximately 18 metres exploded over the Russian town of Chelíabinsk on February 15, 2013, producing thousands of meteorites which fell to Earth.

Despite being a small asteroid, the shock wave it produced when penetrating the atmosphere at hypersonic speed caused hundreds of injuries and considerable material damage. The research discovered the properties of the materials that the asteroid is made of.

By studying the hardness, elasticity and fracture resistance of the asteroid could all be determinant for the impact of a kinetic projectile attempting to deflect an asteroid’s orbit.

“As ordinary chondrites are quite complex and heterogeneous rocks consisting of minerals with different properties, showing varying degrees of collision damage, a comprehensive study is required,” explained Carles Moyano, a CSIC researcher, in a study published in the Astrophysical Journal.

The measurement of the mechanical properties of the Chelyabinsk meteorite was carried out at the nanoindentation laboratory, led by Jordi Sort from Barcelona’s Autonomous University.

Pluto could be reclassified by scientists as a planet

FLORIDA, May 8: Three years ago, Nasa's New Horizons, the fastest spaceship ever launched, raced past Pluto, spectacularly revealing the wonders of... Read More...

The primary concern women have when it comes to weight training is, ‘I don’t want to get big or bulky.’... Read More...