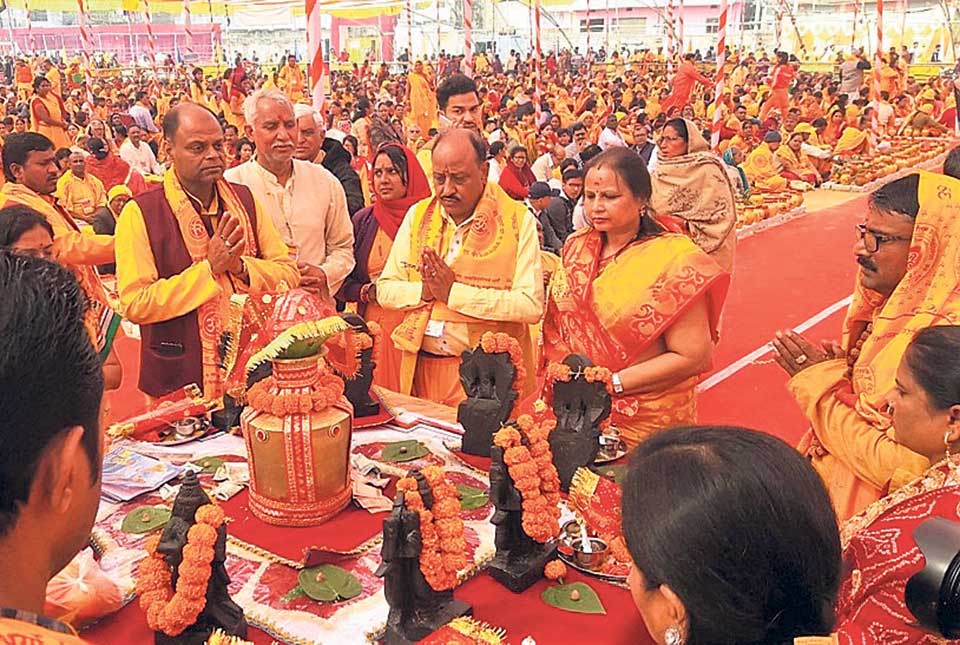 BIRGUNJ, March 4: Birgunj Metropolitan City has called for the closure of schools in and around the main city in view of the Ashwamedh Mahayaga that kicked off on Sunday. The schools will remain closed till Tuesday until the religious function concludes. According to the metropolis, the decision was taken for the safety of children amid excessive traffic congestion during the event.

"It is not going to hit their studies as the three days would be covered later on by the schools. If we had let the schools open, it could threaten their safety as the event is too extravagant," said the Mayor Bijaya Sarawagi.

The decision to close the schools for the sake of a religious function has however drawn criticism in the social media. Many in their Facebook and Twitter pages have expressed dissatisfaction over the forceful closure of the schools. According to Sarawagi, the decision was not forceful.

"Millions of parents are taking part in the event. We took the decision to close the schools as per their suggestions. There is Shivaratri as well. So, it is not that anything has been forced," he said.

The three-day event has also affected non-vegetarians. Issuing a statement, the metropolis put a restriction on selling and buying of meat and fish in the market areas for three days.

“Since millions of religious enthusiasts are swarming in for the event, it was important to create a pure atmosphere. So, we took this decision after consulting with the concerned parties,” said Sawaragi.

According to Miya Devan of the Association of Meat Suppliers, Birgunj, the association welcomes the event and it is not a big deal to close meat shops for a few days.

Schools terrorized out of 'vested interests'

Kalapani, Lipulek and Limpiyadhura are integral parts of Nepal: Govt
21 hours ago

Nepal hands over humanitarian assistance to Afghanistan
23 hours ago

Name, capital of Province 2 to be decided through voting
2 hours ago