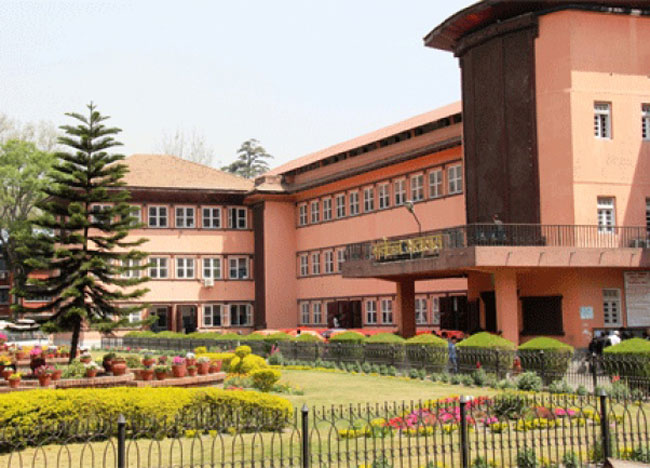 KATHMANDU, Jan 3: The Supreme Court on Monday declined to issue an interim order in writ petitions challenging the constitution amendment bill, which is currently going through the parliamentary process.

Responding to two separate writ petitions filed by advocate Tikadhwaj Khadka and former lawmaker Bishnu Bahadur Raut, a division bench of Chief Justice Sushila Karki and Justice Ishwar Prasad Khatiwada stated that there was no need to issue an interim order to stop the bill in Parliament.

Issuing the ruling after hearing arguments from both parties on Sunday and Monday, the apex court said it was inappropriate for the court to stop the process before Parliament had exercised its wisdom over the issue.

“A situation still obtains where a logical conclusion in line with the Constitution could be drawn through discussions, debate and reflection in Parliament over whether the bill was constitutional or not, whether it was  justifiable or not. The right state organ for formulating any law through discussions is Parliament,” stated the ruling issued by the bench.

“Looking at the issue from the viewpoint of separation of powers and in accordance with the principles, values and provisions adopted by the Constitution of Nepal, Parliament is competent to take decisions in line with the Constitution, examining and drawing its conclusions over the appropriateness of amendment bill,” the ruling further reads.

The apex court also said that any law enacted in contravention of the Constitution would not be valid and the court could void such a law through judicial review. “However, it is inappropriate for the court to order a halt to a process before Parliament has exercised its wisdom over an issue that is in the process of legislation,” the court stated.

The court has also stated that the provisions of the Constitution should be read  through a meaningful interrelating of its  provisions. The Constitution of Nepal has been in effect since September 20, 2015  and its provisions should be interpreted on the basis of its basic structural setup.

Following the ruling, the apex court has maintained that the amendment process is still ongoing under Parliament and because of that the court cannot decide on the issue.

Petitioners had asked for an interim order to stop the parliamentary process on the amendment bill, claiming that the bill, which proposes changing provincial delineations, is unconstitutional as Clause 4 of Article 274 states that an amendment bill related to alterations of the borders of any province must be sent to the state assembly concerned for its consent within 30 days after its introduction in Parliament. The petitioners had also argued that the amendment of provincial boundaries would not be possible without first  electing the provincial assemblies.