KATHMANDU, Sept 2: Supreme Court has ordered the government to arrange the voting system for those Nepalis who are currently residing in abroad for work, education and business purpose to ensure their fundamental democratic rights.

The joint session bench of Justices Sapana Pradhan Malla and Purushottam Bhandari had issued an order to the government on March 21. However the full text of the verdict has been released on Sunday in which the apex court has ordered the government to arrange the voting system for those Nepali citizen residing in a foreign land who posses  Nepali citizenship and should not adopt foreign citizenship, should be eligible to vote by age and should have the voting card. Depending upon the above-mentioned criteria, any eligible Nepali citizen can vote directly at the diplomatic mission in the foreign country, through a legal representative, through the electronic voting system or postal voting system.

Likewise, the court has ordered the government to have a bilateral consensus with host countries and the employee companies to manage the voting system as per the rules and regulations of the host countries.

However, this verdict will not be implemented for the foreigners with Nepali origin.

The apex has also asked the government to conduct the pilot test if necessary with coordination of the concerned department and the political parties along with concerned countries to ensure every Nepali citizen can vote in a peaceful manner.

SC has asked the government to take necessary measures to ensure that all Nepali citizens residing abroad can exercise their fundamental voting rights and none of them would be deprived of their democratic rights in upcoming elections. 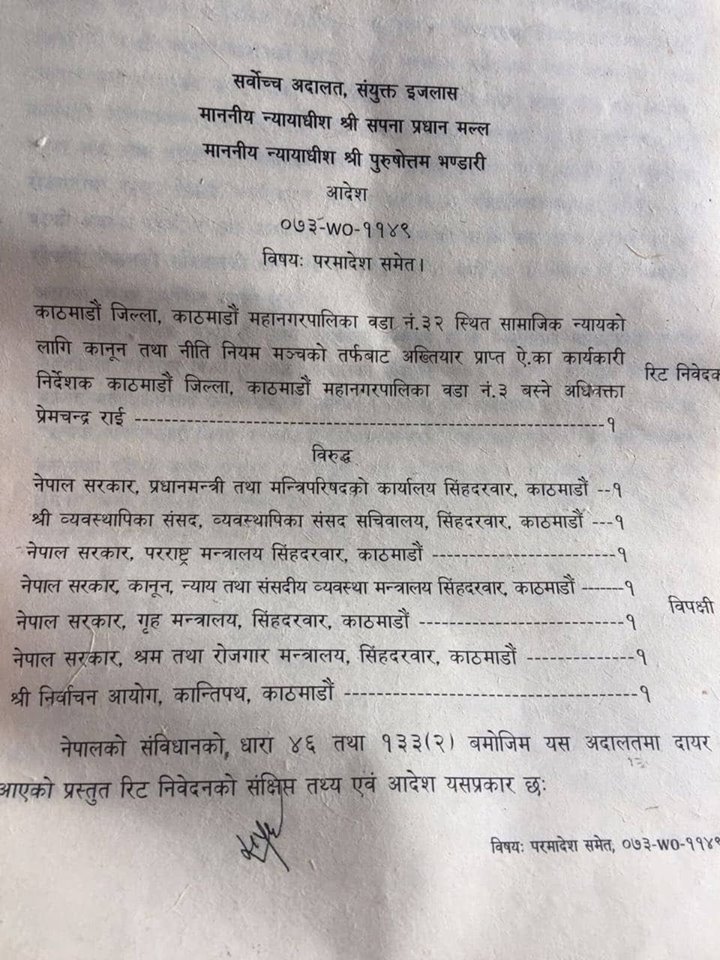 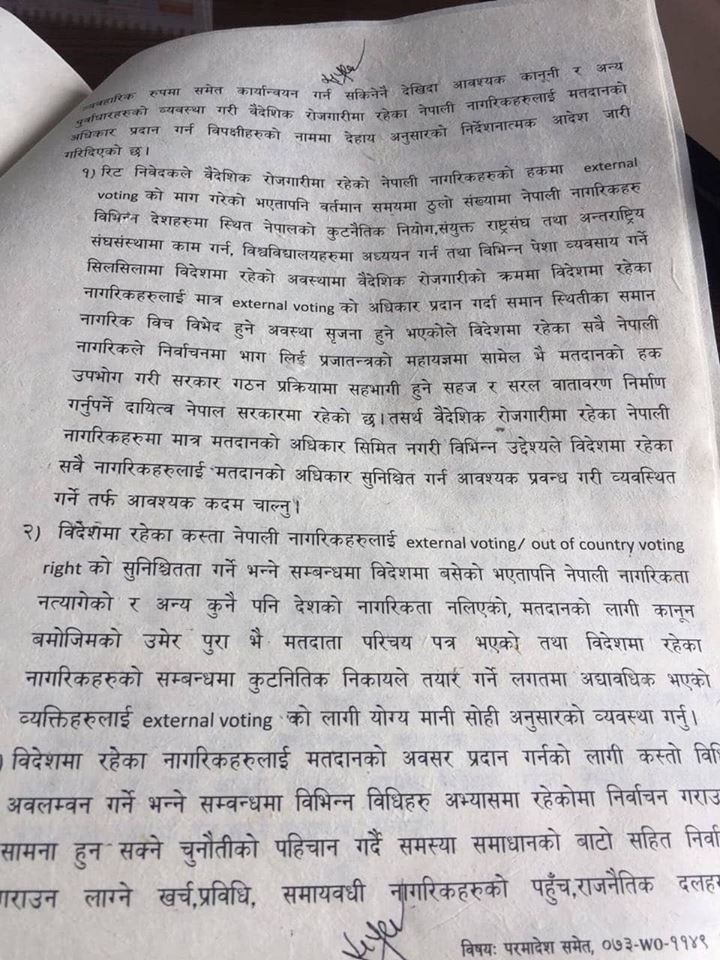 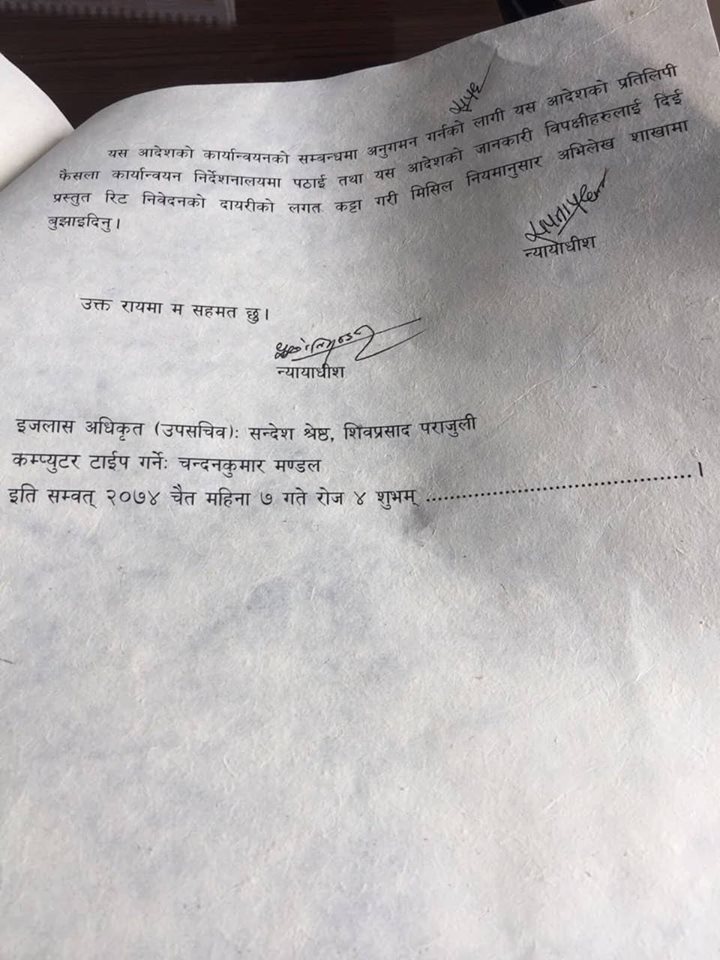 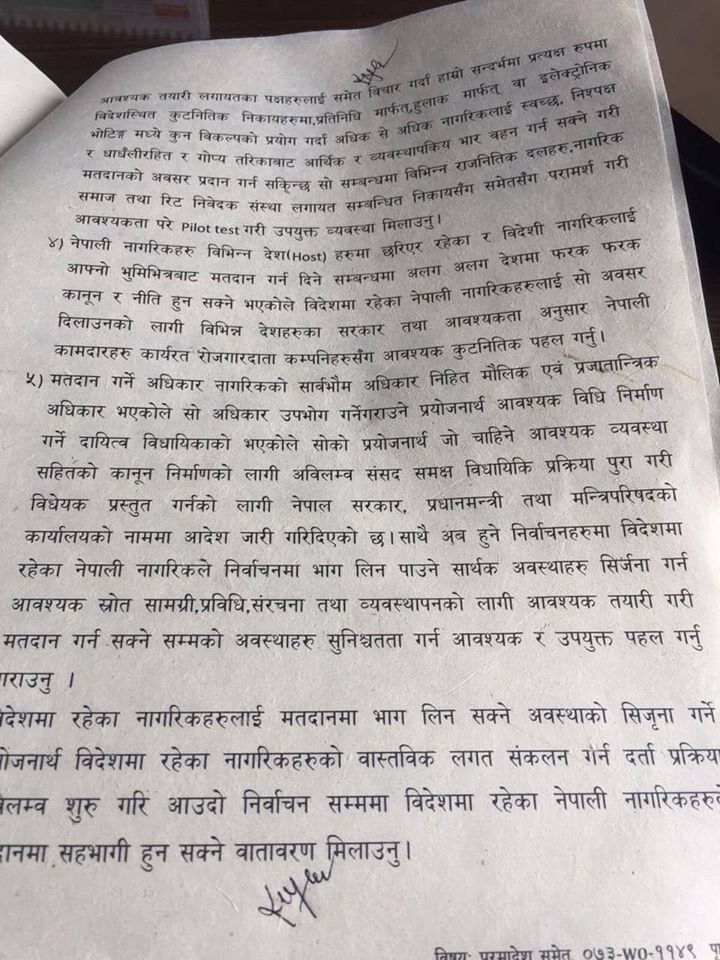 KATHMANDU, July 31: Nepali Congress, the main opposition party, is staging protests across the country against the government’s authoritarian and... Read More...