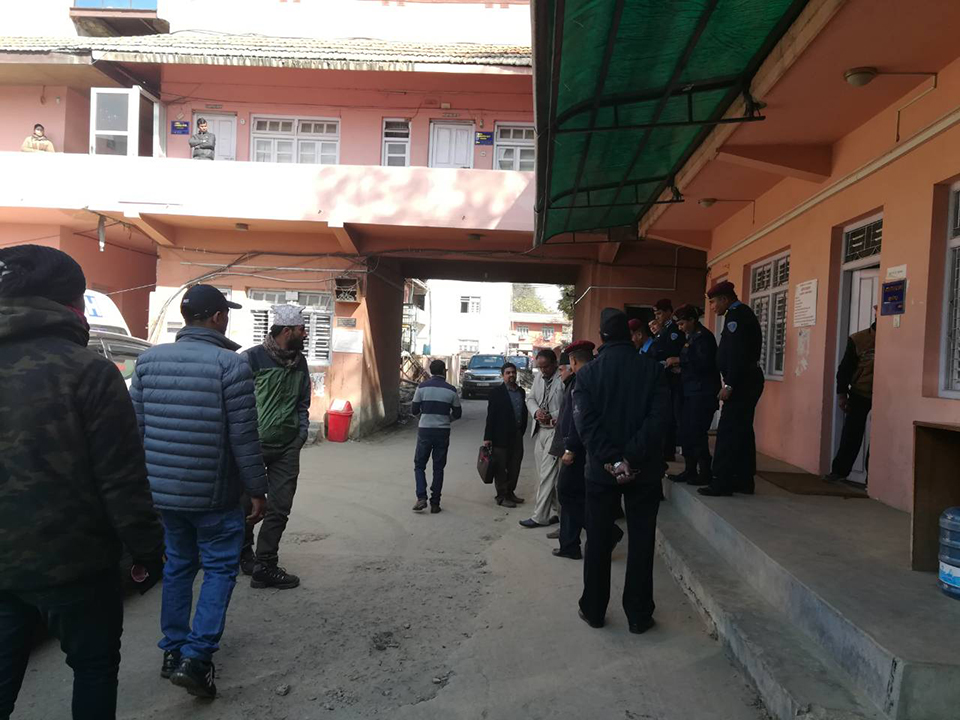 KATHMANDU, Jan 9: The recording of the statement of Dr Govinda KC has begun at Supreme Court. The proceeding is underway in a joint session bench of Justices Om Prakash Mishra and Kedar Prasad Chalise.

Once the proceeding is over, the bench will begin the hearing on the case.

Dr KC was presented before the apex court on Tuesday morning who was taken into detention on Monday evening just a few hours after starting a hunger strike and is facing the charge of contempt of court.

Dr KC was taken in an ambulance belonging to Nepal Police from Metropolitan Police Circle Office, Singha Durbar, where he was kept overnight in custody.

Following the order of the apex court on Monday itself, the Home Ministry and the Nepal Police held Dr KC from the premises of Tribhuvan University Teaching Hospital, where he had started a hunger strike demanding the resignation of Chief Justice Gopal Parajuli among others.