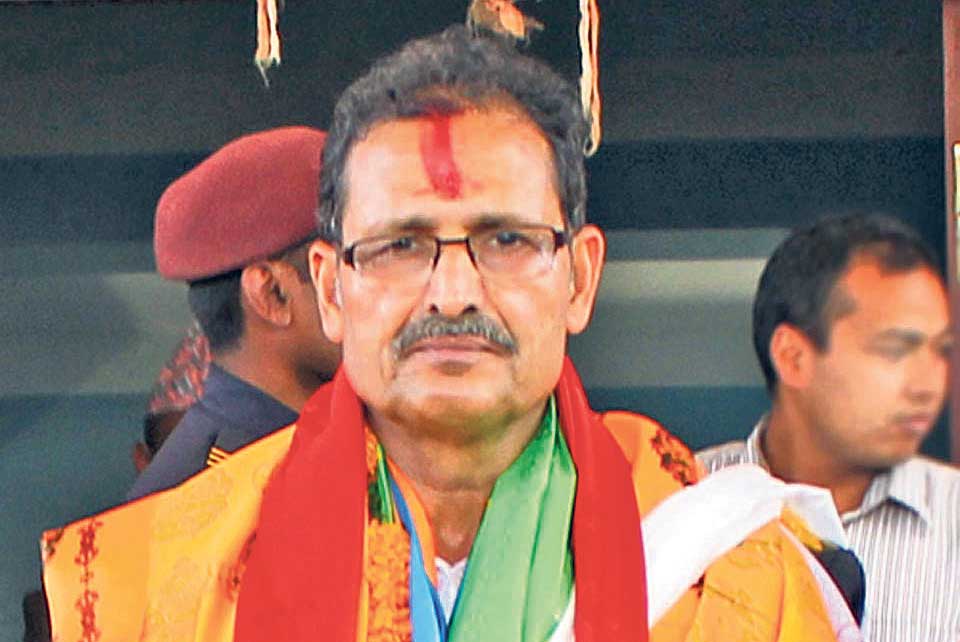 KATHMANDU, Feb 15: The Constitutional Bench of the Supreme Court on Friday began final hearings on two writ petitions seeking court intervention to punish former Maoist leader Agni Prasad Sapkota for his alleged involvement in the murder of a schoolteacher.

The five-member bench presided over by Chief Justice Cholendra SJB Rana and including Justices Deepak Kumar Karki, Kedar Prasad Chalise, Meera Khadka and Harikrishna Karki, is holding the hearings. The petitions have sought action against Sapkota for allegedly murdering Arjun Bahadur Lama, a schoolteacher in Kavrepalanchwok .

The bench will decide whether conflict era cases could be tried in a regular court of justice or need to be dealt with under separate transitional justice mechanisms.

The ruling in the case would be significant at a time when the government is making preparations to deal with conflict-era cases by forming a special court and when the transitional justice mechanisms--- the Truth and Reconciliation Commission and the Commission on Disappeared Persons— have failed to meet expectations of justice.

Lama's wife Purnimaya Lama and a section of civil society had separately filed two different writ petitions seeking an apex court order to prosecute Sapkota and then Maoist cadres on the charge of killing Lama.

Despite an apex court order to prosecute Sapkota and the Maoist cadres, the police did not file any case against them. Even a Supreme Court order to the District Police Office and the District Administration Office Kavre to bring a murder case against Sapkota and the former cadres was not adhered to by the authorities . Hence the petitions were filed again at the apex court.

On March 7, 2008, a division bench of Justices Ram Prasad Shrestha and Damodar Prasad Sharma had directed the police to prosecute Sapkota, Yadav Poudel, Bhola Aryal, Karnakhar Gautam, Surya Man Donga and Norbu Moktan on the charge of murdering Arjun Bahadur Lama in April 2005 when the Maoists were fighting against government forces.

The wife of the deceased had moved the apex after the authorities in Kavre refused to register her application seeking action against the Maoists under the Murder Section of the Muluki Ain. The authorities had then maintained that the issue would fall under the jurisdiction of the to-be-formed Truth and Reconciliation Commission.

Hearing on parliament dissolution case to continue from today

KATHMANDU, June 23: The hearing on writ petitions filed against the dissolution of the House of Representatives ( HoR) is... Read More...

SC refuses to issue interim order against HoR dissolution, hearing to be continued from June 23

KATHMANDU, June 9: The Supreme Court (SC) has issued a show cause order to the government on the case of... Read More...

KATHMANDU, Jan 8: The Supreme Court (SC) on Sunday concluded hearings on the case filed against the appointment of the... Read More...