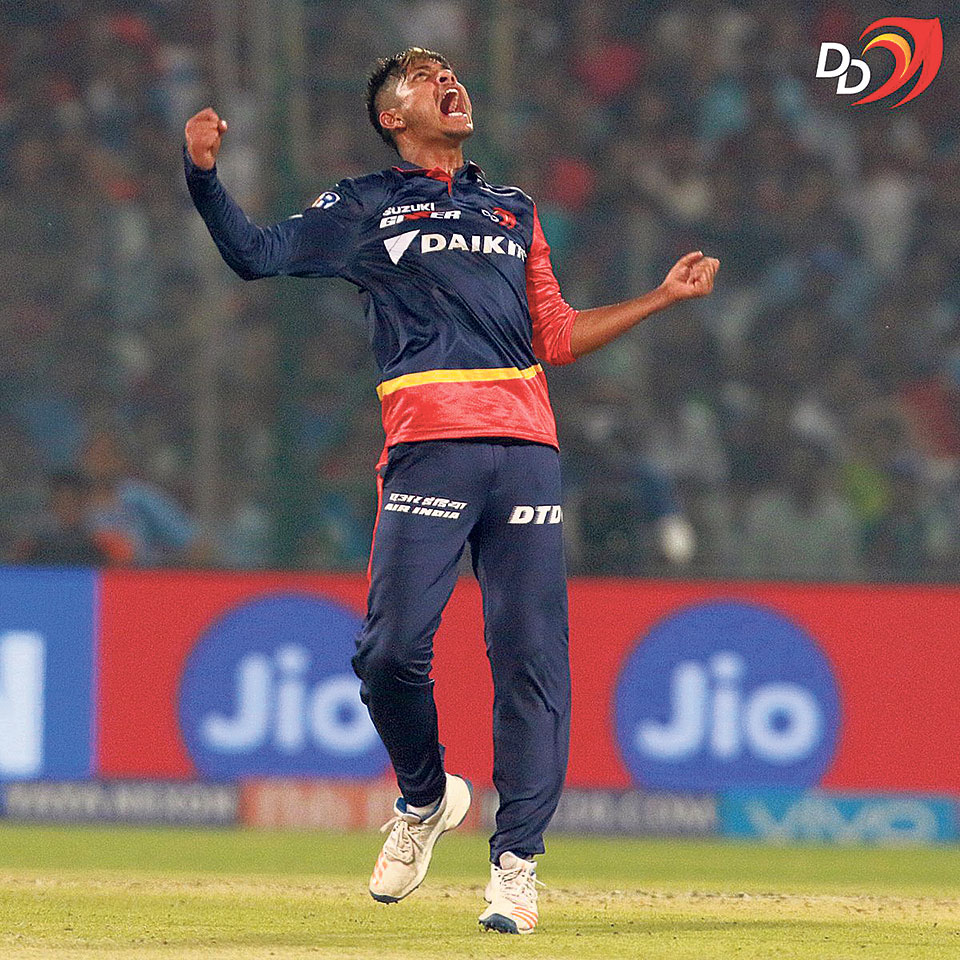 KATHMANDU, May 17: Spin sensation Sandeep Lamichhane’s reputation continues to rapidly rise in international cricket as he was the latest name to be unveiled as a member of the International Cricket Council (ICC) World XI to face West Indies in May 31 charity T20I match. ICC World XI is set to take on West Indies national team in a T20I match at iconic Lord’s stadium in London to raise funds for Caribbean stadia ravaged by hurricanes last year.

Lamichhane’s inclusion in playing XI will mark his official international debut under T20-International as all the matches the leg-spinner featured for Nepal were recognized as List-A or T20 matches only. Nepal is yet to play a One-Day International game after it earned the status back in March.
The 17-year-old was ecstatic to be part of an elite setup and felt honored to represent millions of cricket frenzy fans back home. “I am privileged to have been chosen to be part of the ICC World XI. It is an honor for the entire country and passionate followers of Nepal cricket,” said Lamichhane in his exclusive conversation with ICC. He added, “Training, sharing the dressing room and playing with some of the trend-setters who we saw on television while growing up is something I look forward to.

This is an opportunity for me to learn and improve on prospects of getting an extraordinary opportunity to trade skills with the reputed and established professionals of the game.”
Lamichhane  represented Nepal at Lord’s in the historic match against Marylebone Cricket Club (MCC) in 2016. Lamichhane registered figures of one for 25 bowling out the hosts for 176 in 47.2 overs in a win by 41 runs. “What can I say about Lord’s, it’s the Home of Cricket, and it’s a complete history of cricket and a dream venue for any cricketer. To play there in 2016 was a memorable occasion, which I look forward to reliving later this month,” said Lamichhane on the opportunity to play again at Lord’s.

He was also purchased by the West Indian franchise St Kitts and Nevis Patriots (SKNP) for the forthcoming season of Caribbean Premier League (CPL).

The match is being held to raise funds for the reconstruction of Ronald Webster Park in Anguilla, the Sir Viv Richards Stadium in Antigua, the Windsor Park Stadium in Dominica, the AO Shirley Recreation Ground in the British Virgin Islands and the Carib Lumber Ball Park in St Maarten. All these venues were damaged by Hurricanes Irma and Maria last year.

Success continued to follow Lamichhane when he became the first Nepali player to be picked in the IPL 2018 when... Read More...