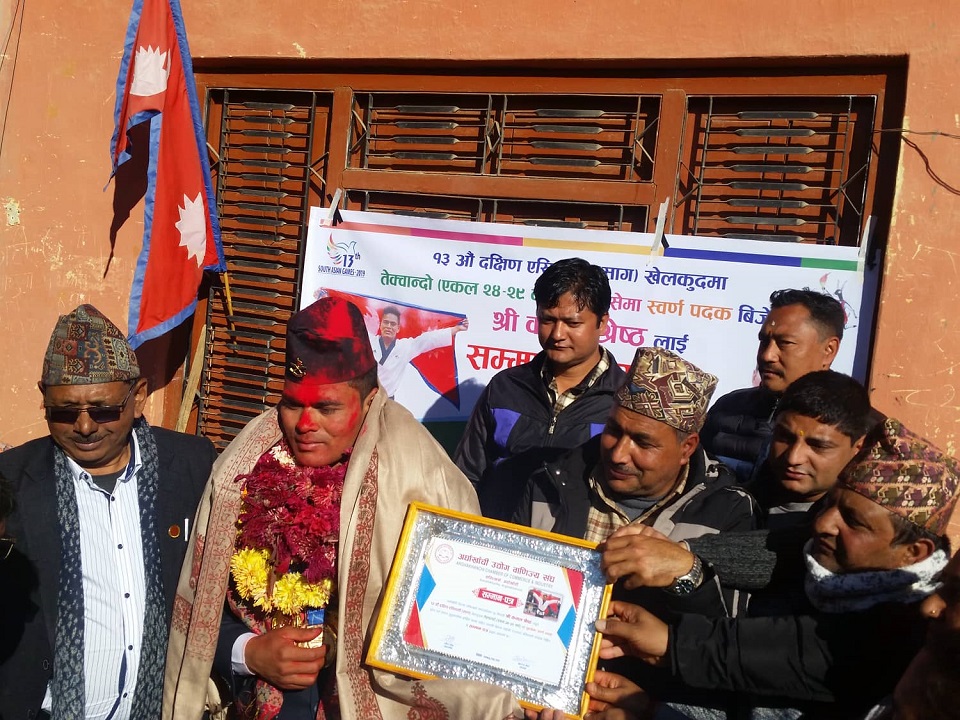 ARGHAKHANCHI, Dec 18: One of the gold medalists at the recently concluded 13th South Asian Games (SAG) Kamal Shrestha has received a warm welcome in his home district.

Shrestha who belongs to Sandhikharka municipality-12, Divarna had bagged a gold medal in taekwondo under men’s single poomsae (24-29 years) and a bronze medal in a group event of the same sports.

Being the only player representing the district during the SAG, he was warmly welcomed by the locals of Sandhikharka bazaar and people from the Newar community.

Similarly, the Federation of Nepalese Chamber of Commerce and Industry (FNCCI) district chapter honored Shrestha amid a formal program in Sandhikharka. Speakers during the program lauded him for his feat during the mega sports event in South Asia.

After the program, Shrestha expressed happiness over receiving such a warm treatment from the people of his home district. “This has motivated me for more other feats,” overjoyed Shrestha said. 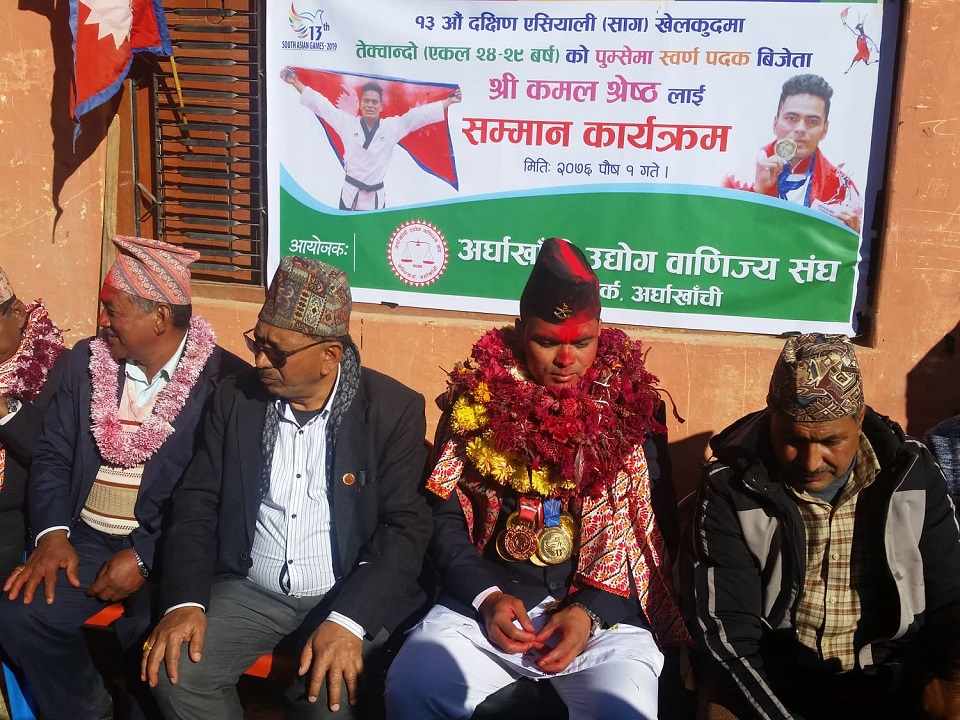 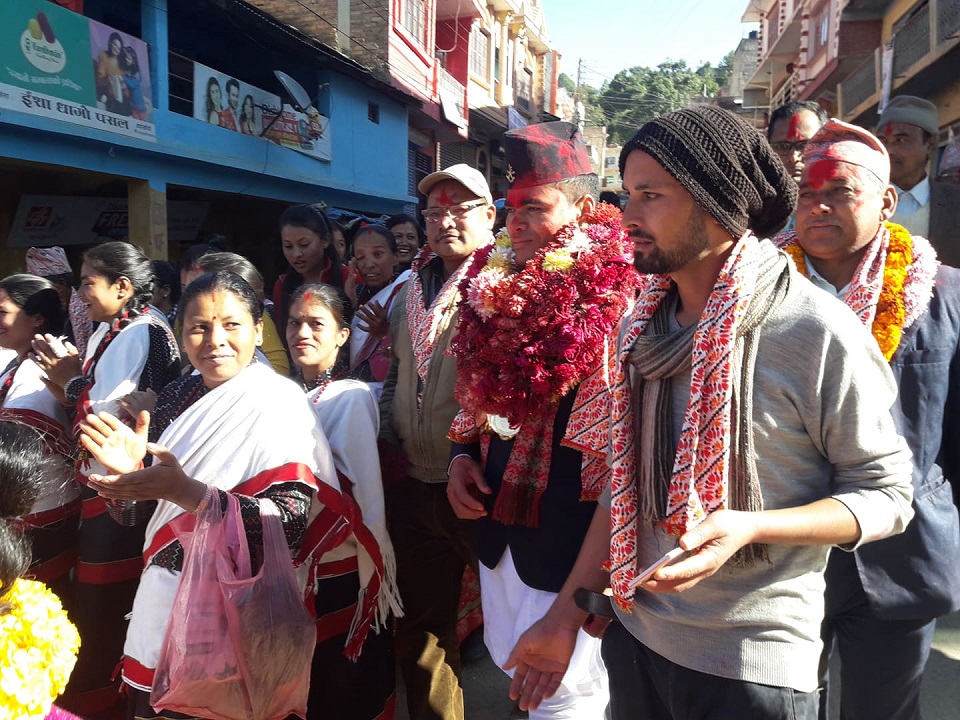 ARGHAKHANCHI, Nov 6: Three persons have died when a car met with an accident at Narpani along Gorusinge-Sandhikharka road section on... Read More...

KATHMANDU, Aug 5: The Education and Health Committee of the Federal Parliament has formed a sub-committee for the preparations of... Read More...