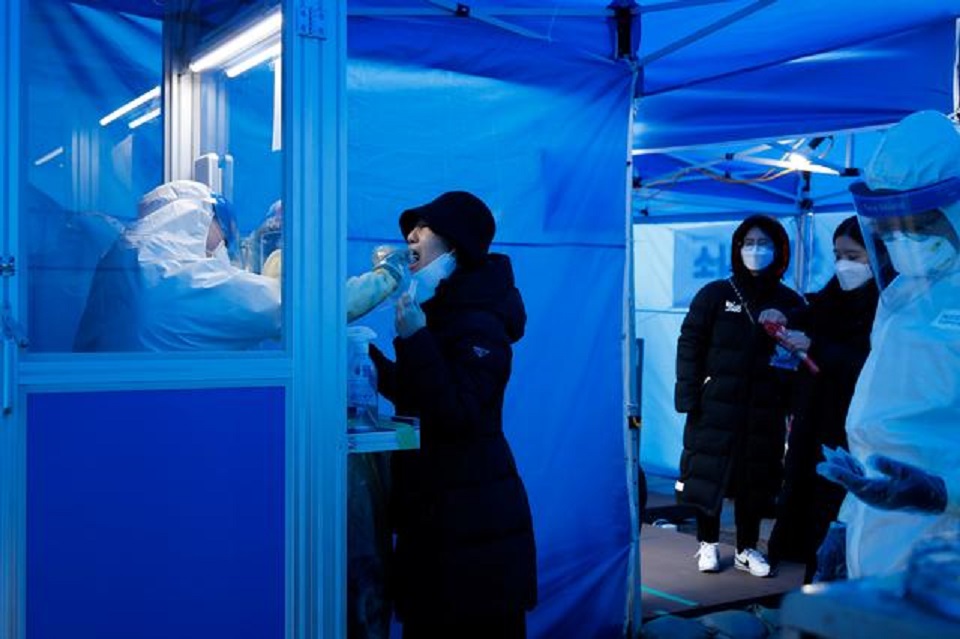 SEOUL, Jan 25: South Korea's daily number of COVID-19 cases hit a new record high owing to the spread of the Omicron variant, the health authorities said Tuesday. According to the Korea Disease Control and Prevention Agency (KDCA), the country reported 8,571 more cases of COVID-19 for the past 24 hours, raising the total number of infections to 749,979.

The daily caseload was up from 7,512 in the previous day, topping 8,000 for the first time here since the country's first case was found in January 2020. The recent resurgence was attributable to cluster infections in the Seoul metropolitan area amid the spread of the Omicron variant, which the health authorities said became a dominant strain here.

Of the new cases, 1,674 were Seoul residents. The number of newly infected people living in Gyeonggi province and the western port city of Incheon was 2,869 and 653 respectively. The virus spread also raged in the non-metropolitan region. The number of new infections in the non-capital areas was 3,160, or 37.8 percent of the total local transmission.

Among the new cases, 215 were imported from overseas, lifting the total to 23,965. The number of infected people who were in a serious condition stood at 392, down 26 from the previous day. Twenty-three more deaths were confirmed, leaving the death toll at 6,588. The total fatality rate was 0.88 percent.

Kathmandu: Balen Shah ahead of his closest rival Keshav Sthapit by over 7,300 votes
17 hours ago

Kathmandu: Balen Shah takes a lead of 8000 plus votes against UML’s Sthapit
14 hours ago

Ballot papers found quoted with ‘No Vote’
7 hours ago

Nepse gains a marginal 8.9 points on Wednesday
8 hours ago