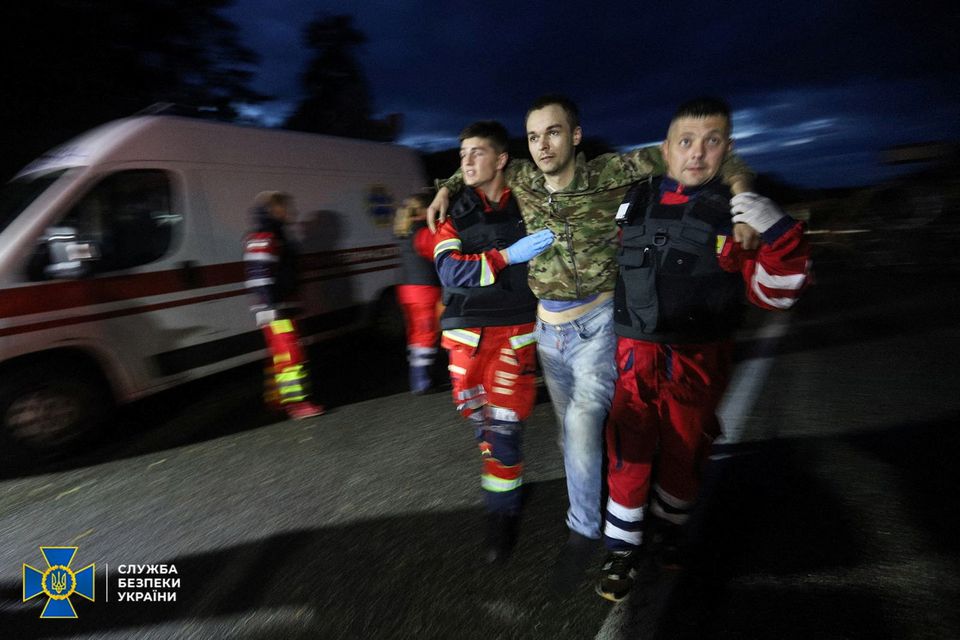 Sept 22: Russia has released 215 Ukrainians it took prisoner after a protracted battle for the port city of Mariupol earlier this year, including top military leaders, a senior official in Kyiv said on Wednesday.

The freed prisoners include the commander and deputy commander of the Azov battalion that did much of the fighting, said Andriy Yermak, the head of President Volodymyr Zelenskiy's office.

The move is unexpected, since Russian-backed separatists last month said there would be a trial of Azov personnel, who Moscow describes as Nazis. Ukraine denies the charge.

Also at liberty is Serhiy Volynsky, the commander of the 36th Marine Brigade of the Ukrainian Armed Forces.

The three men had helped lead a dogged weeks-long resistance from the bunkers and tunnels below Mariupol's giant steel works before they and hundreds of Azov fighters surrendered in May to Russian-backed forces.

Yermak said that in return, Kyiv had freed 55 Russian prisoners as well as Viktor Medvedchuk, the leader of a banned pro-Russian party who was facing treason charges.

Public broadcaster Suspline said the exchange had happened near the northern Ukrainian city of Chernihiv.

Last month, the head of the Russian-backed separatist administration in the eastern Ukrainian region of Donetsk said a trial of captured Azov personnel would take place by the end of the summer. read more

The Azov unit, formed in 2014 as a militia to fight Russian-backed separatists, denies being fascist, and Ukraine says it has been reformed from its radical nationalist origins.

KYIV, May 5: Civilians including women and children are still trapped inside Ukraine's besieged city of Mariupol and a prolonged... Read More...

KYIV, Ukraine, April 18: Ukrainian fighters who were holed up in a massive steel plant in the last known pocket... Read More...