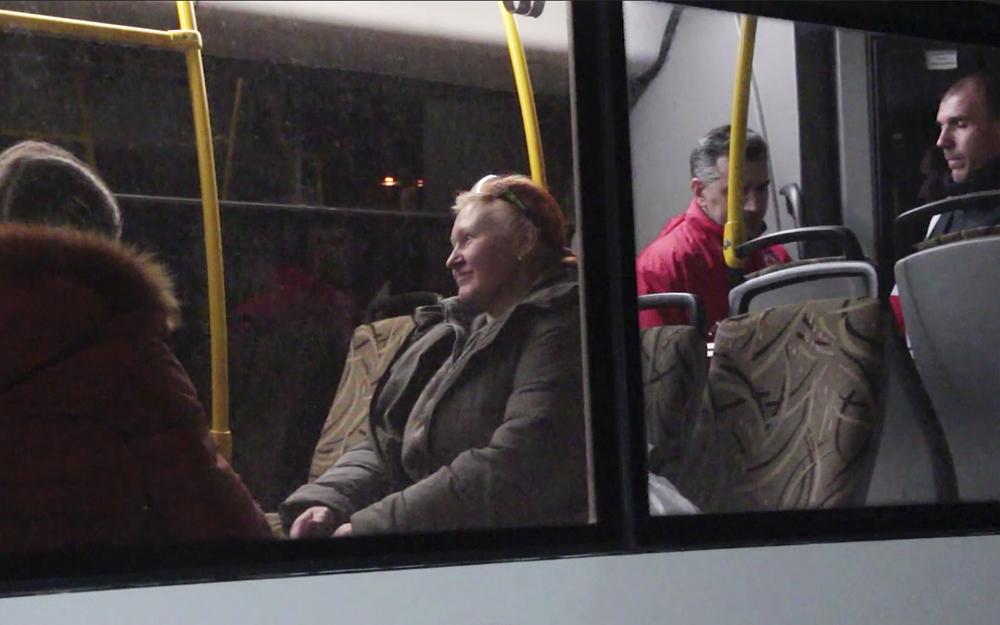 ZAPORIZHZHIA, Ukraine, May 2: Ukrainian civilians holed up inside a steel plant in Mariupol under siege by Russian forces nearly two months began evacuating over the weekend and people sheltering elsewhere in the city were to leave Monday, local officials said.

Video posted online Sunday by Ukrainian forces showed elderly women and mothers with small children climbing over a steep pile of rubble from the sprawling Azovstal steel plant and eventually boarding a bus.

More than 100 civilians were expected to arrive in the Ukrainian-controlled city of Zaporizhzhia on Monday, Ukrainian President Volodymyr Zelenskyy said Sunday.

“Today, for the first time in all the days of the war, this vitally needed (humanitarian) corridor has started working,” Zelenskyy said in a pre-recorded address published on his Telegram messaging channel.

There were worries about the evacuees’ safety. People fleeing Russian-occupied areas in the past have said their vehicles were fired on, and Ukrainian officials have repeatedly accused Russian forces of shelling agreed-upon evacuation routes.

A Ukrainian defender of the steel plant urged groups like the U.N. and the Red Cross to ensure the safety of those being evacuated. Sviatoslav Palamar, deputy commander of the Azov Regiment, told The Associated Press in an interview that there should be guarantees from “a third party -- politicians, world leaders -- who will cooperate to negotiate with Russians to extract us from here.”

Another of the plant’s defenders said Russian forces resumed shelling the plant Sunday as soon as the civilians were evacuated.

“Several dozen small children are still in the bunkers underneath the plant,” Shlega said.

As many as 100,000 people may still be in Mariupol, including an estimated 2,000 Ukrainian fighters beneath the sprawling, Soviet-era steel plant — the only part of the city not occupied by the Russians.

Mariupol, a port city on the Sea of Azov, has seen some of the worst suffering. A Russian airstrike hit a maternity hospital in early weeks of the war, and hundreds of people were reported killed when a theater was bombed.

The city is a key target because of its strategic location near the Crimea Peninsula, which Russia seized from Ukraine in 2014.

Palamar, the Ukrainian commander, told the AP on Sunday that reaching some of the wounded in the steel plant is difficult.

“There’s rubble. We have no special equipment. It’s hard for soldiers to pick up slabs weighing tons only with their arms,” he said. “We hear voices of people who are still alive” inside shattered buildings.

U.N. humanitarian spokesman Saviano Abreu said civilians arriving in Zaporizhzhia, about 140 miles (230 kilometers) northwest of Mariupol, would get immediate support, including psychological services. A Doctors Without Borders team was waiting for the U.N. convoy at a reception center for displaced people in the city.

Palamar called for the evacuation of wounded Ukrainian fighters as well as civilians.

“We don’t know why they are not taken away, and their evacuation to the territory controlled by Ukraine is not being discussed,” he said in a video posted Saturday on the regiment’s Telegram channel.

Along with his Azov regiment, Palamar said, marines, police officers, border guards, coast guard and are defending the plant. The bodies of dead Ukrainian fighters remain inside the plant, he said, “because we believe we will be able to move them to Ukrainian government-controlled territory. We have to do everything to bury heroes with honors.”

In his nightly address Sunday, Zelenskyy accused Moscow of waging “a war of extermination,” saying Russian shelling had hit food, grain and fertilizer warehouses, and residential neighborhoods in the Kharkiv, Donbas and other regions.

In Zaporizhzhia, residents ignored air raid sirens to visit cemeteries on Sunday, the Orthodox Christian day of the dead.

“If our dead could rise and see this, they would say, ‘It’s not possible, they’re worse than the Germans,’” Hennadiy Bondarenko, 61, said while marking the day with his family at a picnic table among the graves. “All our dead would join the fighting, including the Cossacks.”

Russian forces embarked on a major military operation to seize parts of southern and eastern Ukraine after failing to capture the capital, Kyiv. Ukrainian forces are fighting their offensive village-by-village while civilians flee airstrikes and artillery shelling.

A full picture of battle unfolding in eastern Ukraine is hard to capture. The fighting makes it dangerous for reporters to move around, and both sides have introduced tight restrictions on reporting from the combat zone.

But Western military analysts have suggested Russia’s offensive is progressing more slowly than planned. So far, Russian troops and Russian-backed separatists appear to have made only minor gains since the eastern offensive began last month.

Hundreds of millions of dollars in military assistance has flowed into Ukraine during the war, but Russia’s vast armories mean Ukraine will needs huge amounts of support. With plenty of firepower still in reserve, Russia’s offensive could intensify. Overall, the Russian army has an estimated 900,000 active-duty personnel, and a much larger air force and navy.

Meanwhile, recent weeks have seen a number of fires and explosions in Russian regions near the border. On Sunday, an explosive device damaged a railway bridge in the Kursk region, which borders Ukraine, and a criminal investigation has been started, the region’s government reported.

KYIV, May 8: All women, children and elderly civilians have been evacuated from the Azovstal steel mill in Mariupol, Ukrainian... Read More...