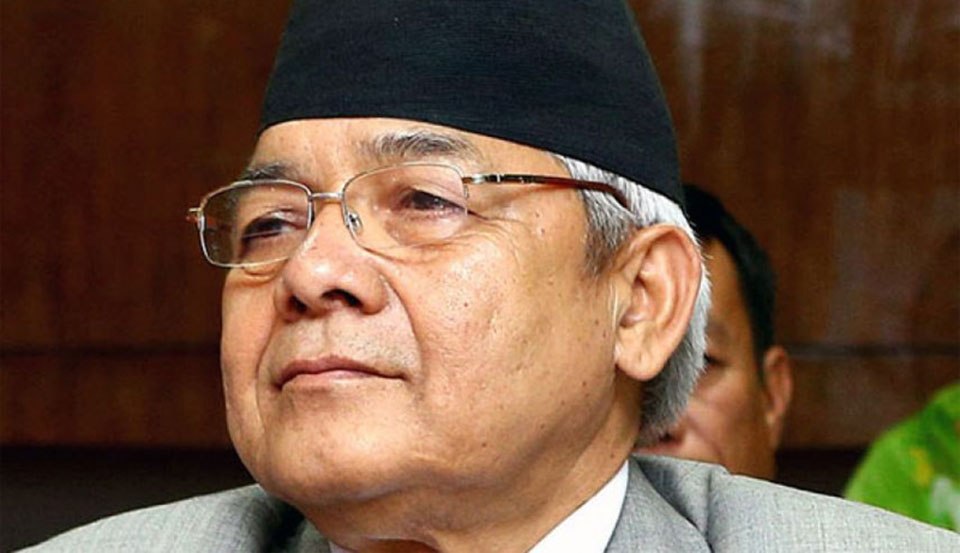 Vice Chairman Gautam is one of the influential leaders within the ruling NCP. Prime Minister KP Oli has fallen in minority in the party’s crucial nine-member Secretariat body after Gautam chose to side with the rival leaders, namely Pushpa Kamal Dahal and Madhav Kumar Nepal.

According to a press note made available by his personal secretariat, Vice Chairman Gautam has also sought an apology for his party’s decision to expel him and 15 party lawmakers when they decided not to vote in favor of a controversial treaty related to Mahakali Integrated Development. Arguing that they had defied the party’s whip, and that the party - the then CPN-UML - had then termed them anti-party leaders and expelled them “Let there be made a decision that the decision taken by the then UML to expel us with that allegation was wrong,” Gautam said.

Addressing the Standing Committee meeting on Saturday, Vice Chairman Gautam also thanked the government, all political parties and people across the country for unanimously endorsing Nepal’s new political map that includes Kalapani, Lipu Lekh and Limpiyadhura through the federal parliament. “In this struggle [to retrieve Nepal’s land], 99 percent victory has been achieved by issuing Nepal’s new map that includes encroached territory. We will achieve 100 percent victory when the Indian army leaves our territory,” Gautam said.

Vice Chairman Gautam has said that Nepal should resolve its issues with neighboring countries including territorial disputes through peaceful dialogue. “All problems should be resolved through peaceful talks,” he said, while ruling out the possibility of waging wars to settle the disputes.

KATHMANDU, Feb 26: A section of leaders within the ruling Nepal Communist Party (NCP) has intensified their meetings with the... Read More...