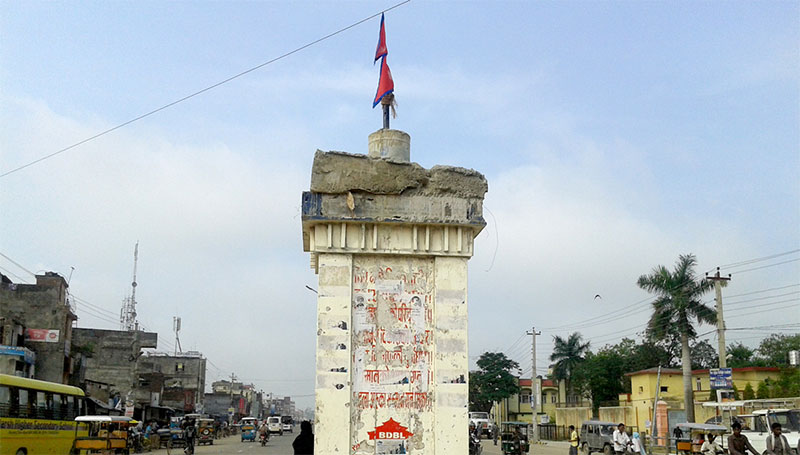 NEPALGUN, Set 2: The pro-monarch cadres clashed with police after the latter removed the bust of late King Birendra Shah from Dhamboji Chowk.

Sivsena Nepal, pro-monarch youths and the party cadres of the RPP-N had reinstated the bust of late king Birendra on Thursday morning 10 years after it was removed during the People’s Movement II in 2006.

According to police, they had allowed the RPP-N youth cadres after they sought permission for putting up only a national flag at Dhamboji Chowk.

A huge number of people including Sivsena Nepal, pro-monarch cadres and locals had gathered at the site.