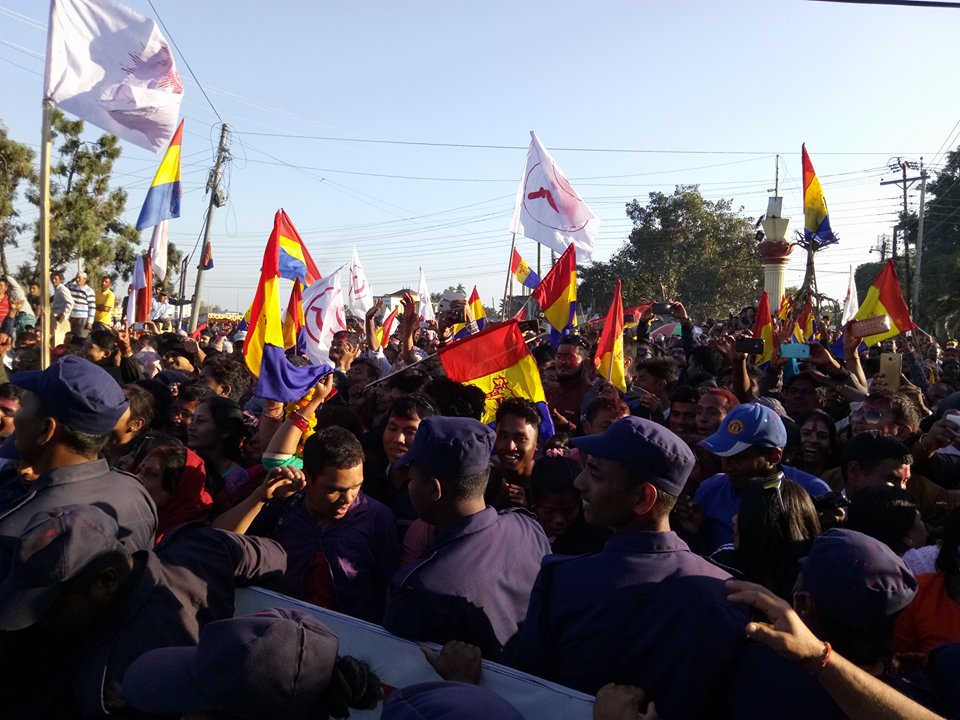 JHAPA, Dec 10: Rastriya Prajatantra Party (RPP) candidate Rajendra Prasad Lingden, who won the elections with the backing of the left-aligned parties, has taken out a victory rally.

Marked with uniqueness, Lingden's rally was dotted with CPN-UML and CPN (Maoist Center) party flags besides that of his own party.

While left parties celebrated their victories where revolutionary songs were played with the flutters of their party flags. Unlike in the victory rallies organized by left parties, in the Lingden's rally only the national anthem was played.

Flags of CPN-UML and CPN (Maoist Center) could also be seen in his victory rally.

CPN (Maoist Center) has won in Jhapa-1, while in 2, 4, and 5 constituencies, UML candidates Pabitra Kharel, LP Sanwa and KP Sharma Oli have been elected respectively.

Despite a humiliating defeat, Nepali Congress candidate of Jhapa-1 Bishwo Prakash Sharma paid courtesy visits to his supporters and thanked them for casting votes for him.

Nepal's economy is not likely to be Sri Lankan, but it is possible: Former Governor Chhetri
24 minutes ago