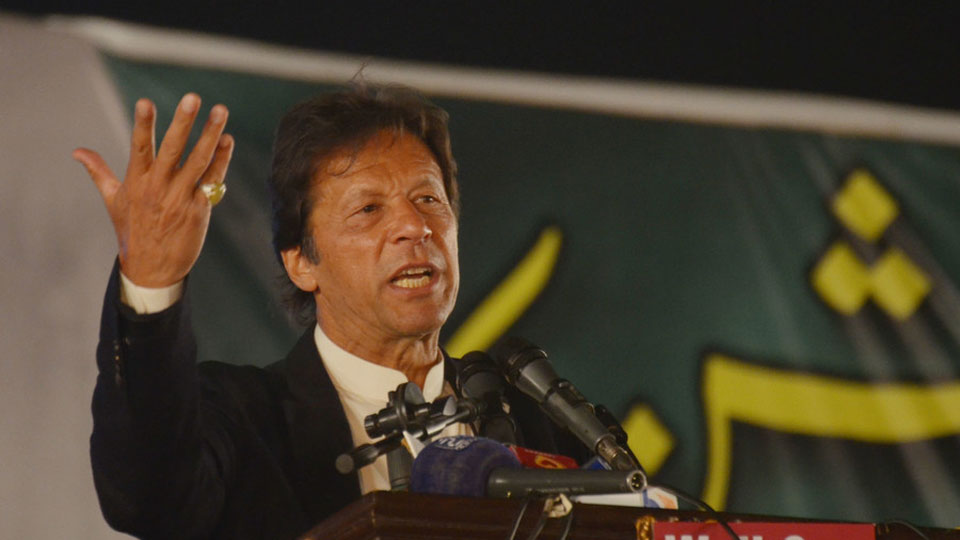 The attack in the northwestern province of Khyber Pakhtunkhwa follows a series of bombings at political rallies before the election.

KHYBER PAKHTUNKHWA, July 23: A candidate from the party of Pakistan prime ministerial hopeful and former cricket star Imran Khan was killed Sunday in a suicide attack that wounded four others, a police official said, days before Wednesday's general elections.

The attack in the northwestern province of Khyber Pakhtunkhwa follows a series of bombings at political rallies before the election, the most devastating of which was a suicide attack this month that killed 149 people.

Sunday's attack targeted the vehicle of Ikramullah Gandapur, a candidate of the PakistanTehreek-e-Insaf (PTI), or Pakistan Justice Movement, for the provisional legislative assembly in the city of Dera Ismail Khan, after he was leaving a political meeting, two police officials told Reuters.

"Ikramullah Gandapur has been killed and we are conducting a post-mortem," said police official Zahoor Afridi, adding that 10 kg (22 pounds) of explosives had been used in the attack.

Gandapur had been informed about serious threats to his life and been provided with 11 policemen, but he did not inform the police about his political meeting on Sunday, Afridi said. Two policemen who were with Gandapur were among the injured.

The Pakistani Taliban claimed responsibility for the attack, a spokesman for the militant group said. Video images from the scene showed three bleeding and unconscious passengers inside a badly damaged black sports utility vehicle.

In 2013, Gandapur's brother, Israrullah, who was then the provincial law minister, was killed in a suicide attack on his home.

There are two main contenders among the dozens of parties in the election fray: PTI and thePakistan Muslim League-Nawaz, which aims to win a second term despite the jailing of its founder, former prime minister Nawaz Sharif, for graft.

Yadav elected as PP leader of JSP
18 hours ago

Study: Vaccinated people can carry as much virus as others
26 minutes ago