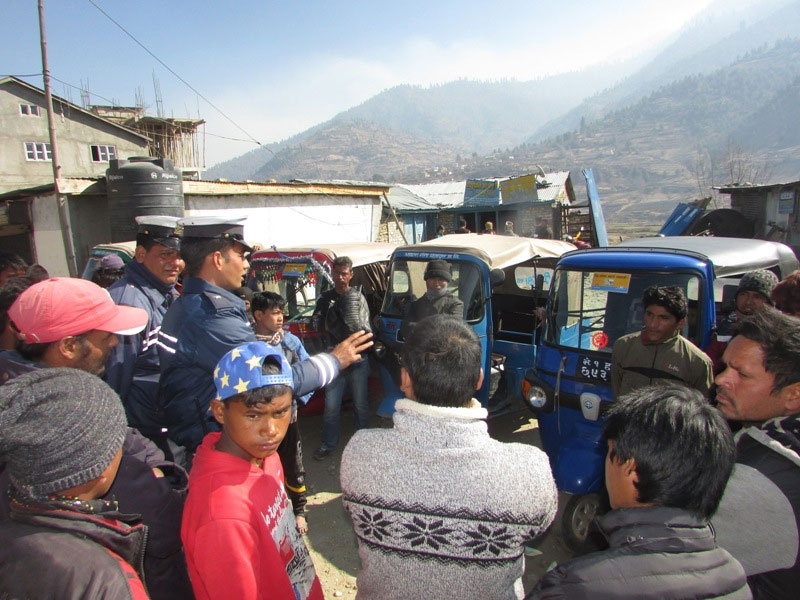 JUMLA, March 13: A 27-year-old Hira Adhikari from Guthichaur Rural Municipality, Khallawad died after being hit by a tractor, with Na 6 Ta 2572. She was trying to save a child when she met with the fatal accident.

According to an eyewitness, seriously injured Adhikari died after she was crushed to death by backing the tractor.

Similarly, 27-year-old Maya Sarki died after she was struck by a bus with the registration No. Na 4 Kha 7243 in Tatopani Rural Municipality.

She was hit while she was escaping a speeding vehicle. She died on the spot.

The irate locals brought the Karnali Highway to a grinding halt for two days following the incident. Police have arrested driver Dev BC of Tikapur-6 of Kailali.

These are only the tips of the iceberg. There are scores of road incidents taking place on the Karnali Road.

High speed, stray cattle and vendors selling goods on the pavement of the highway and rough and narrow road are attributed to road accidents.

Chief District Officer Bishnu Paudel has said that the incidents can be reduced in the coordination between the Transport entrepreneurs, District Traffic Office and officials of the Road Division.

SURKHET, May 17: As many as 18 air accidents have occurred in the Karnali Province in the last 31 years claiming... Read More...

DAILEKH, June 14: At least 11 passengers have died in a bus accident in Karnali highway near Nayan Mandir of... Read More...