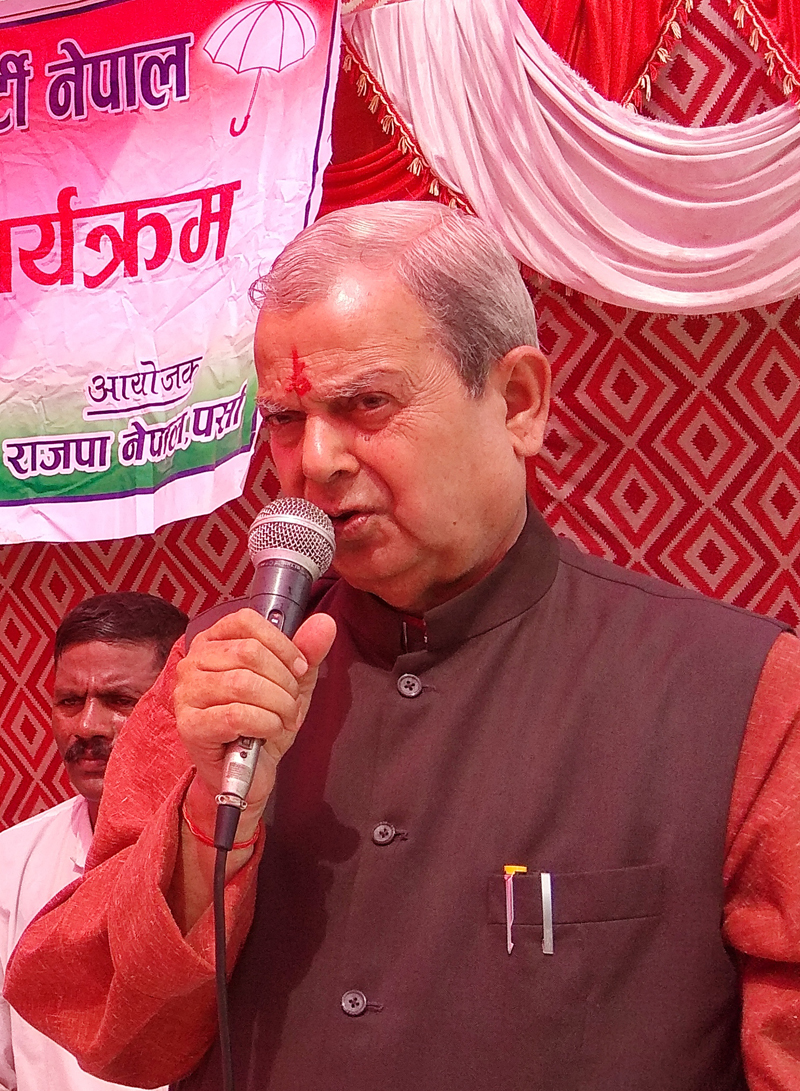 PARSA, July 16: Coordinator of the presidium of the Rastriya Janata Party-Nepal, Mahantha Thakur, has said that the RJP-Nepal was not in favor of making naturalized citizenship holders as executive head of the State and chief executive.

Addressing a conference at Birgunj Metropolitan City-21 on Sunday, Coordinator Thakur clarified that the party was in favour of distributing citizenship certificate as per the provision of the interim constitution while arguing that attempts were made to defame Madhes-based parties by spreading rumours that the party was upholding the idea to allow naturalised citizenship holders to hold the top positions.

He also expressed the view that woman acquiring naturalized citizenship after marriage should get the same rights as husband.

Reiterating that the RJP-Nepal was ready to participate in local-level election if the government addresses the demands signed with Madhesi Morcha, leader Thakur urged the government to create environment conducive for their participation in the polls.

Meanwhile, laying the foundation stone for a house of fire victim at Patelnagar of Birgunj-21, Coordinator Thakur said that the trend of the entire country coming together for support in cases of natural disasters has continued and such humanitarian act has strengthened national harmony. RSS

JHAPA/SUNSARI/SAPTARI/MAH0TTARI, Nov 17: Locals and other stakeholders in various districts of the Tarai have strongly objected to the idea of allowing... Read More...

RJP-Nepal not to participate in polls before constitution amendment