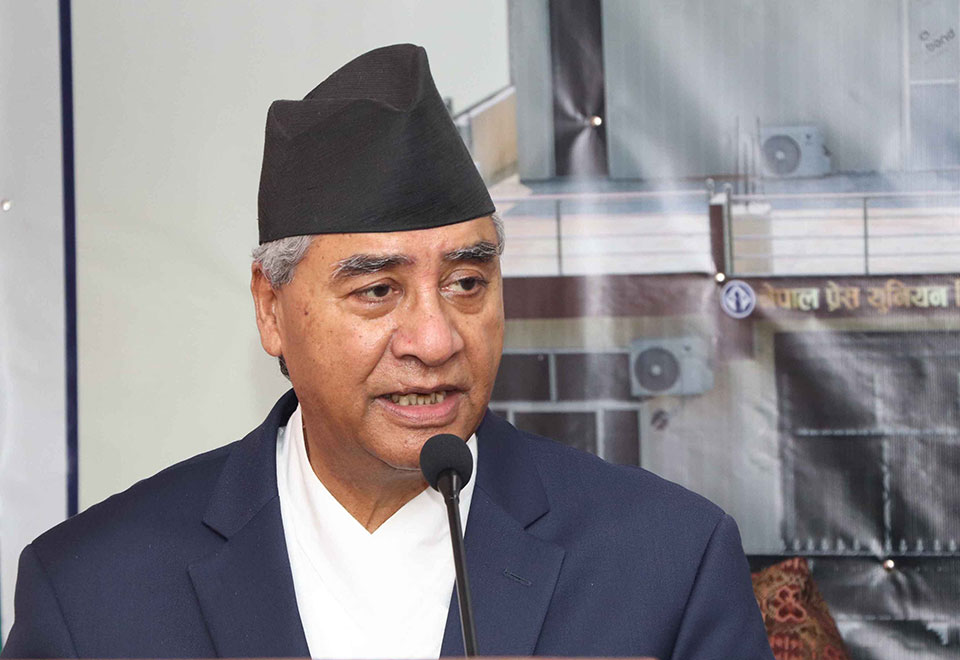 CHITWAN, Oct 12: Nepali Congress President Sher Bahadur Deuba has said although the new constitution had come into force, the rights guaranteed by it were yet to be fully implemented.

During a programme organized here by Nepal Press Union Chitwan Chapter Friday, President Deuba said the constitution has ensured the rights of all Nepalis, so its implementation was significant.

"Nepali Congress is in favor of press freedom," he said, adding, "There must not be any restriction on press freedom and other fundamental rights of people."

He made commitment that he would work for the atmosphere conductive to press freedom. According to him, Nepal Press Union is an independent media organization and it would not face any risk from the party.

On the occasion, President Deuba inaugurated the building named Nepal Press Union Maiya Devi Information Centre the Chapter set up at the cost of Rs 5 million.

The Chijkumar-Bishnukumari Shrestha Memorial Award for 2072BS was given to Kishor Nepal, while for 2073BS to Kulchandra Wagle and for 2074BS to Tej Prakash Pandit. The award carries the purse of Rs 51,151.

The person donating land for making the building Maiya Devi Shrestha and others providing financial assistance were honored at the programme.

Together we can and must implement the constitution

KATHMANDU, Sept 18: Nepal is marking the first anniversary of the promulgation of its new Constitution – an epoch-making document... Read More...