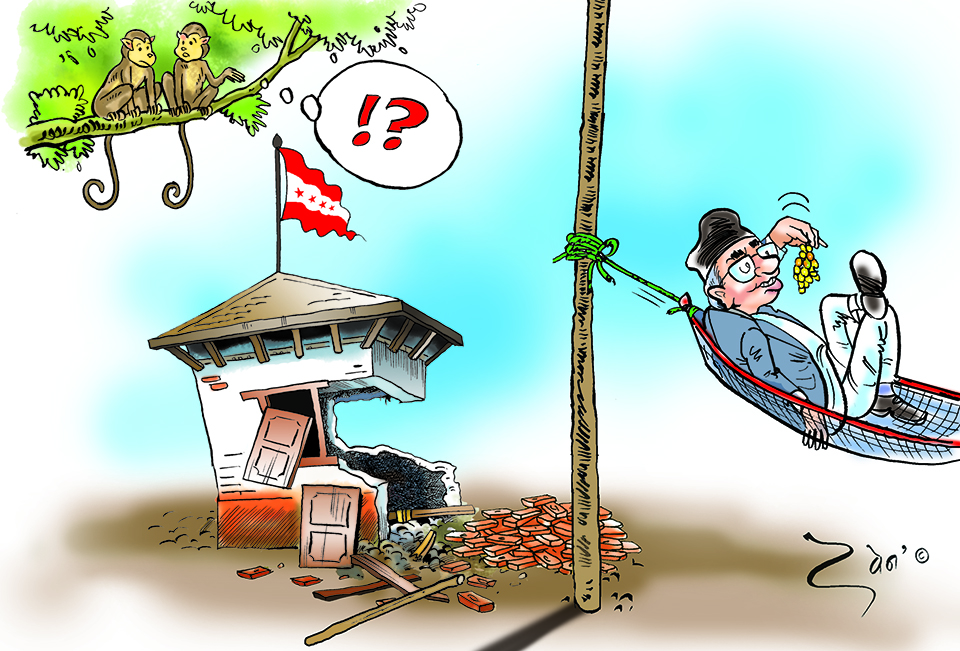 The author is a Nepali Congress representative in the Legislature-Parliament, elected from Siraha-6
mandalg34@yahoo.com

Nepali Congress needs to reach out to common people. Policies and programs need to be modified as per the needs of the society

Nepali Congress was founded on April 9, 1950 on the principle of democracy and socialism. The party formally adopted democratic socialism as principal ideology for socio-economic transformation in 1956. Ever since, it has stood at the forefront of all struggles for democracy, pluralism, human rights and the rule of law.

NC led the revolution of 1951, 1990 and 2006, against Rana rule, absolute monarchy and direct rule of King Gyanendra respectively. Congress took initiatives for bringing warring Maoists into constitutional and peaceful politics through Comprehensive Peace Accord, holding Constituent Assembly election and promulgating the new constitution through the elected CA. These are the major gains of NC.

Primarily guided by ideology of BP Koirala, the party has been working for the consolidation and stabilization of democracy based on value of pluralism and socialism. Institutionalizing multi-party parliamentary democracy at the national level and local self-government at community level through elections, declaration of federal democratic republic, proportional inclusion, reservation of underprivileged etc are some of the political achievements institutionalized under NC’s leadership.

Despite such a huge contribution, NC could not perform well in the elections. It fared equally badly in Tarai-Madhes—the traditional base of the party. Out of total 32 constituencies in the parliamentary election, NC won only six seats from Province 2. Same goes with provincial assembly poll. NC is perhaps in the weakest opposition in history. How did this happen?

First, the party had no strong agenda during the election. So candidates had to contest through their own agenda in order to compete with Left Alliance. Second, the party leadership failed to make judicious selection of election candidates. Factional politics prevailed even while selecting the candidates, ignoring the popularity of candidates on the ground. Third, there was some weakness on the part of the party leadership to effectively mobilize party’s wings.

Fourth, the leadership failed to identify the rapidly changing expectations of people. Hardly any youths are attracted to NC in Tarai-Madhes. Fifth, non-cooperation within the party owing to factional politics made the matters even worse. Betrayal within the party is also responsible. It seems to be legalized as it is on increasing trend and there is no strong disciplinary action against the activists who betrayed the candidates.

Most of all, the party leadership failed to make an effective election strategic plan particularly in mobilizing the resources properly and forming a broader alliance among democratic forces against left alliance.  We made the mistakes in the past, we should not repeat them.

There is no alternative to democratic system, for which NC has always fought. However, the party is currently passing through the most difficult situation in history. Certain measures must be taken to revitalize NC.

The socioeconomic policy and politics within the democratic framework including party’s ideology need to be modified as per the need of the time and situation.

The party needs to reach out to common people. The party should be well acquainted with the needs and demands of people. Policies and programs need to be modified as per the needs of the society.

There should be a provision for organizing programs to train the party activists and impart them knowledge about party’s principle, ideology, philosophy, policy and program. Likewise an effective broadcasting mechanism has to be established to disseminate the achievements the party made in the last one decade.

The party organization should be proactive. The leadership from central to ward committee level should have courage to accept the defeat, acknowledge the mistakes and make amends on their ways of doing things. Senior leaders should not hesitate to transfer leadership to youth leaders if that helps revive the party organization.

Youths seem to be least attracted toward NC these days. In Tarai, they are with Madhesi parties. In the hills, they seem to be supporting leftist parties more than the Congress. Therefore it is essential to bring special programs to attract and mobilize youths. In the parliament, the NC’s role should be constructive with special focus on safeguarding democracy, nationalism, human rights, rule of law and social welfare.

Victory and defeat is not a big deal in politics. Every party passes through ups and downs. But, it’s always wise to find out reasons of loss and explore the appropriate measures to avoid such problems. The leadership should be highly responsible to make the party activists aware of the situation and not let them get frustrated. To revive the party, it is mandatory to review history, analyze spirit of democracy and revitalize fundamental perspectives.  Overhauling party organization and taking stronger action against betrayers is a must to prevent similar downfall in the future.

The author is Former Member of Legislature-Parliament, Nepal

BIRATNAGAR, Dec 8: While Morang-6 was considered a strong hold of Nepali Congress, the Left Alliance are leading in all... Read More...