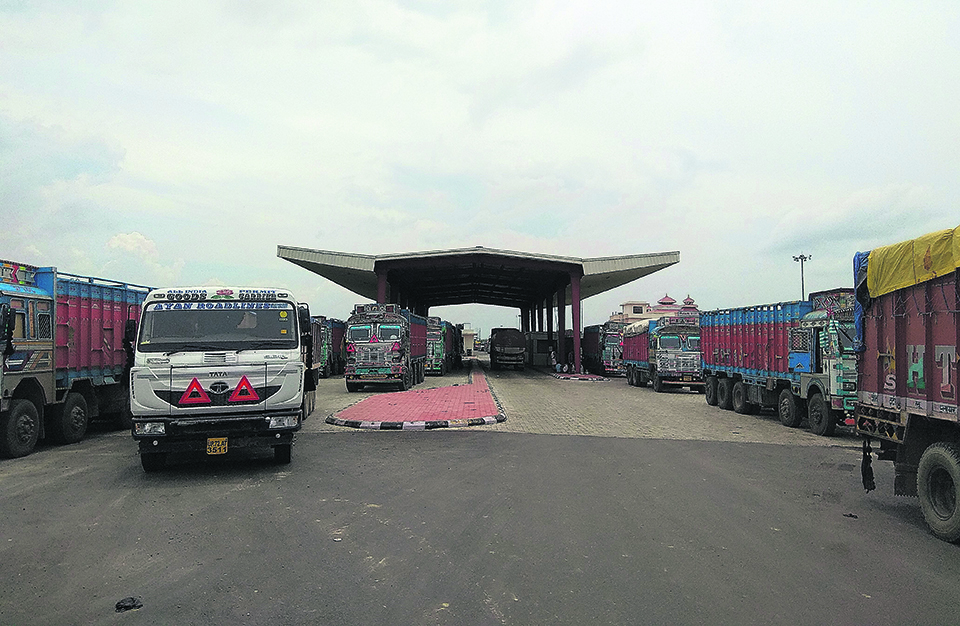 BIRGUNJ, May 25: Revenue collection by Birgunj Customs Office has seen a shortfall by 13% against the target till mid-May. The office, which generates the largest volume of revenue among all customs offices of the country, mobilized only Rs 120 billion out of the targeted Rs 139 billion, according to records at the office.

Chief of Birgunj Custom Office Shyam Prasad Bhandari claimed that a decline in business activities was the reason behind the low revenue collection. “There has also been a decrease in the import of cars and industrial raw material among others. The traders state that the fluctuation in dollar rate has also affected business. It is suspected that theft of products and attempts to avoid taxation has also affected revenue collection,” Bhandari said.

The whopping shortfall of revenue collection against the target, which is unlike in the past years, has left the government worried. As a result, the government has started borrowing from the internal market. Many also opine that this happened because of ambitious target of revenue collection, while economic activities remained at the lower side despite high expectations.