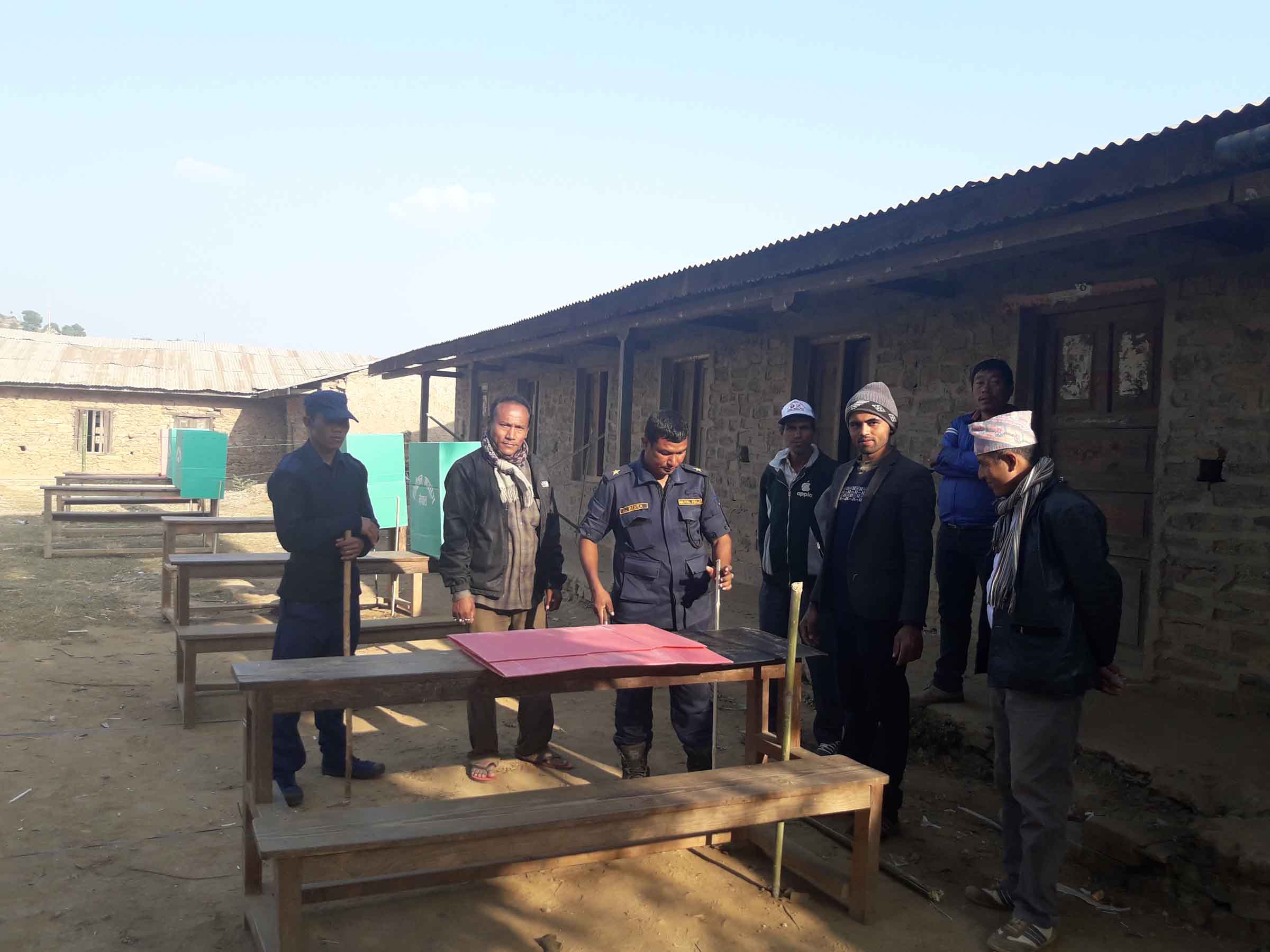 KHOTANG, Nov 24: Khotang has finally been connected to national road network after Dudh Koshi bridge’s came into operation today. However, the bridge was supposed to be constructed five years ago. The 150 meter  RCC suspension bridge, first of its kind in Nepal, was constructed at the cost of 11 crore rupees.

Kalika Construction and Hulas Company had earlier agreed to complete the bridge construction in 2009. However, as the company had to rely on Chinese experts and technologies, construction was delayed—thereby leading to extensions for three times.

Residents are pleased as they can now use the newly constructed bridge to reach the district headquarter and other districts. Jayaram bridge is Khotang’s major entry point and connects Bahunidada of Tuwachung municipality and Manebhanjhyang rural municipality of Okhaldhunga. In lack of direct route, both the residents and the district had faced numerous challenges in development.

Forty two years after Khotang’s boundaries were sketched, the 150 meter suspension bridge has finally connected the district to other districts.

Former parliamentarian, PK Rai said that the bridge would open new avenues for district’s development. With the new bridge in place, residents of Khotang can reach Kathmandu in around 16 hours. It also reduces time to communte to Katari, Sarlahi and other districts. Earlier, a temporary Beli bridge was being used to cross the Dudh Koshi river, one of the seven tributaries of the Sapta Koshi river.

With the bridge now in place, Rajendra Layalu, chairperson of Khotang’s Transport Management Association said that costs of daily products were likely to reduce. Prices of daily products are comparatively higher as the district relied on porters to transport goods.

BHAKTAPUR, April 28: A little girl of around 10  rides comfortably astride her father’s shoulders as they watch the merry  crowds... Read More...

SOLUKHUMBU, Dec 9: The construction of a bridge over the Likhu river connecting Chaulakharka of Solukhumbu and Ramechap's Gumdel VDC... Read More...