Residence permit with economic, social and cultural rights proposed for foreign women married to Nepali nationals until they get citizenship cards 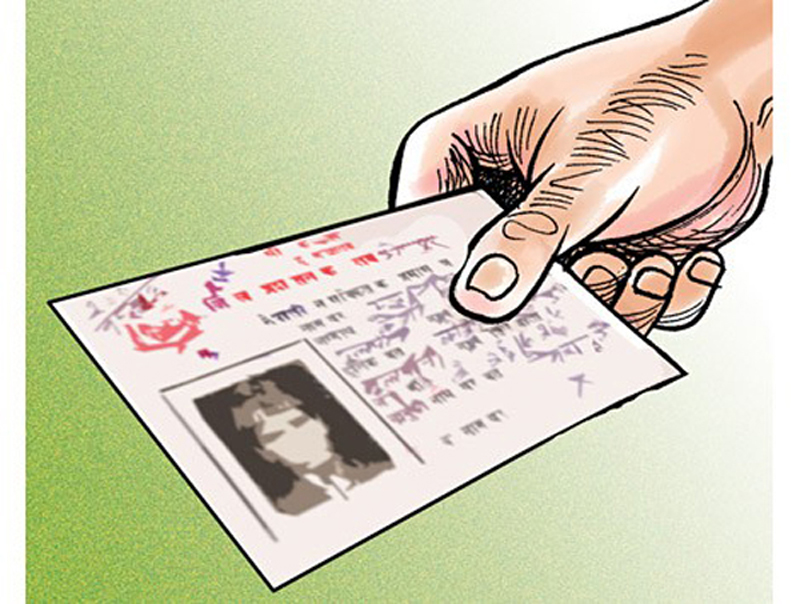 KATHMANDU, June 21: The parliamentary State Affairs and Good Governance committee has proposed granting residence permit to any foreign woman married to a Nepali national until she is eligible for acquiring a naturalized citizenship certificate.

The proposal to grant residence permit was made after the ruling Nepal Communist Party (NCP) decided to introduce a provision to grant naturalized citizenship certificate to any foreign woman married to a Nepali national seven years after their marriage.

A bill to amend the existing Citizenship Act registered at parliament on Sunday also includes seven different rights that foreign women married to Nepali nationals can exercise until they finally acquire citizenship certificates.

The amendment bill proposes bringing changes to Clause 4.1(b) of the Citizenship Act to pave the way for women receiving residence permits to exercise economic, social and cultural rights and provide seven different economic, social and cultural rights to such women. Lack of a citizenship card won’t bar them from running any businesses and earn, use and sell any fixed and movable assets, make profits through businesses and get involved in transaction of property of any kind.

Similarly, the residence permit will open doors for any such woman to set up companies, run businesses as well as other ventures, register vital events such as birth, death, marriage, divorce and migration and avail as service users all types of privileges and discounts provided by any organization established in accordance with the laws. Such women will also be entitled to study at any academic institution, obtain academic certificates and exercise economic, social and cultural rights and acquire national identity cards as per the amendment proposal.

The amendment bill does not mention anything about the political rights and the rights to submit applications to contest for government services. Residence permits will be automatically scrapped once such women acquire naturalized citizenship certificates.

Both NC and JSP have said that such a provision could create big hassles for people living in Madhes as cross-border marriage is prevalent there. They also maintained that this provision could also affect the ‘bread and bride relations’ that Nepal has had with India for ages.

As there was no consensus among parties on the provisions of citizenship cards, the amendment bill was finalized through majority votes in the parliamentary committee. The bill will now be presented at the full house for further discussions and endorsement.

KATHMANDU, Sept 14: The meeting of Parliamentary Committee on State Affairs and Good Governance which was held on Saturday to... Read More...

KATHMANDU, Sept 13: A meeting of the Parliamentary Committee on State Affairs ended inconclusively on Friday as the committee members... Read More...