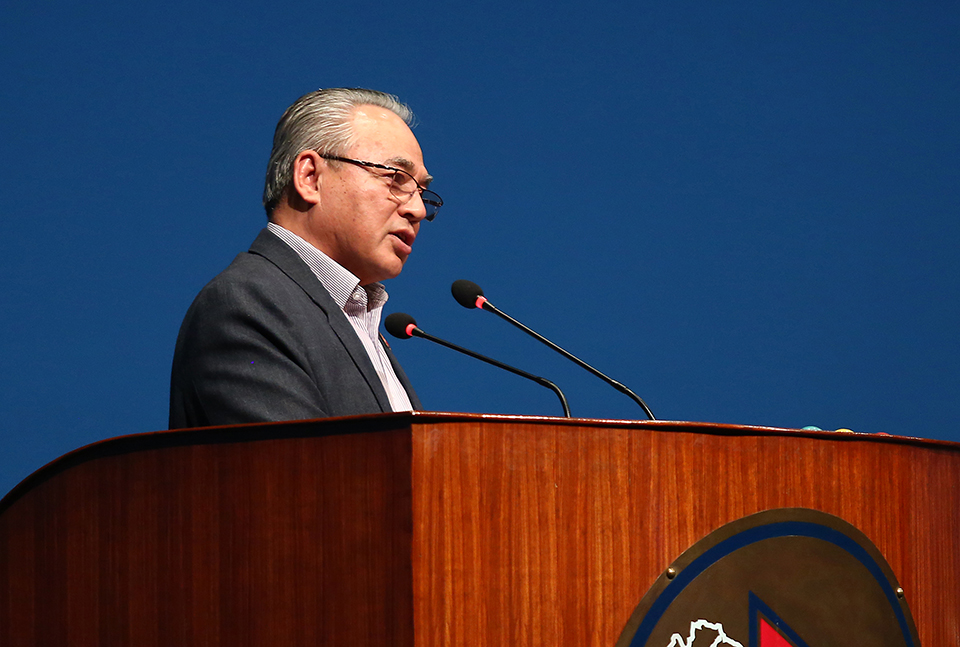 KATHMANDU, Sept 13: Minister for Home Affairs Ram Bahadur Thapa has said that the government has taken the issue of naturalized citizenship sincerely as this tends to affect nationality and development.

Presenting opinion of the government on the amendment in Citizenship Bill, at a meeting of Parliamentary Committee on State Affairs and Good Governance on Friday, Minister Thapa asserted that government has made some amendments so that it may not affect border security, nationality, and national treatment provided by the states to its citizens.

“We are aware that no citizen holds dual citizenship,” added Thapa.

The home minister said that a foreign woman marrying a Nepali male citizen will be granted naturalized citizenship after seven years of their marriage considering 'special relations' between Nepal and India, and also the legal provisions of neighboring countries relating to citizenship.

However, Minister Thapa also hinted that lawmakers can register amendment proposal if they have any reservation regarding the provision of naturalized citizenship in the bill under discussion.

The Citizenship Bill has been under discussion for the last six months in the committee. The lawmakers demanded further study on the amendment in the bill by the ministry. The bill proposes to issue naturalized citizenship to a foreign female marrying Nepali male citizen in seven years and foreign male marrying a Nepali female in fifteen years.

KATHMANDU, Sept 13: A meeting of the Parliamentary Committee on State Affairs ended inconclusively on Friday as the committee members... Read More...

As parties wrestle over naturalized citizenship, thousands don't yet have the document

KATHMANDU, June 19 : The citizenship bill that is under discussion at the federal parliament almost for two years now... Read More...

Citizenship by descent as per constitution: Home Minister Thapa