Renovation of Bhotekoshi Hydro to take another year and a half 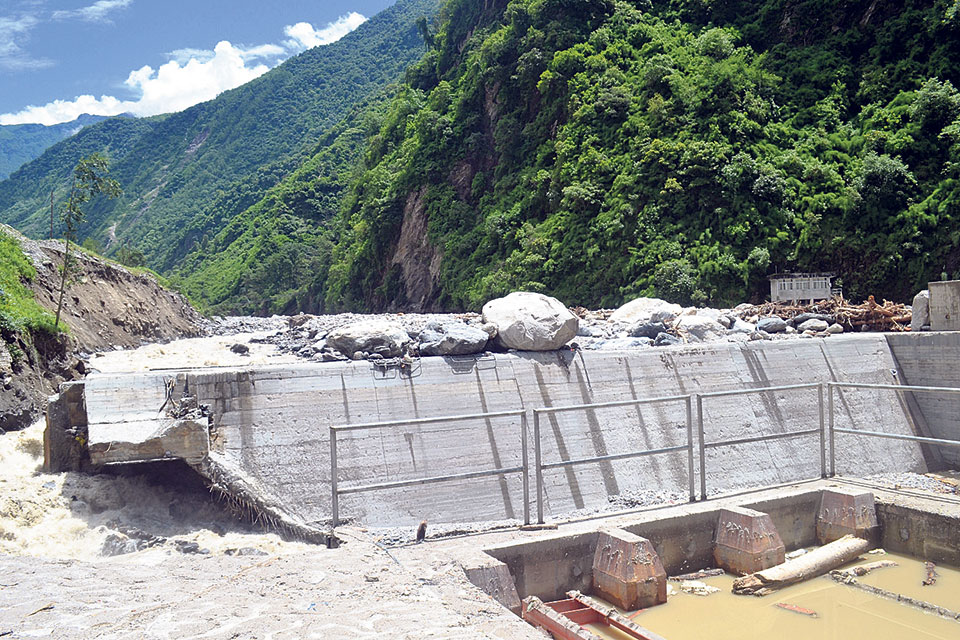 SINDHUPALCHOWK, May 11: The 45 megawatt Bhotekoshi Hydropower Project, whose construction was hindered time and again because of natural disasters that hit the project one after another, will possibly take one and half more years to come into operation.

The renovation of the project, considered to be the largest constructed by the private sector, is underway so that the plant can come into operation by the end of 2019.

The project devastated by the flood that hit the site on July 5, 2016 as a result of the bursting of a lake in Tibet is being renovated since the past six months according to Bikram Ratna Sthapit, chief executive officer of the Bhotekoshi Power Company Pvt Ltd. “The project is being constructed at a very fast pace. However, it will take one and half years for the project to complete,” said Sthapit.

He added that Sino-hydro is working on the reconstruction of the project after securing a tender of Rs 5 billion. However, as they have to work on the development of other infrastructures along with the said contract as well, the reconstruction bill for the project has swelled to Rs 7 billion, added Sthapit.

The flood greatly affected the dam site and the power house, causing the reconstruction of the project to equal initial construction bill.

When 80 percent renovation work after the earthquake damages were completed with an investment of US$ 25 million, the project was again hit by the floods causing even more disturbance than what the earthquake had caused.

'Half Girlfriend' has been emotionally difficult film: Arjun