Sharad Chandra Shaha developed a shared vision for Nepal and the SAARC region. He was the first person from Nepal to serve as the vice president of the Olympic Council of Asia.  He was one of the transformative heroes of Nepali sports history. He introduced the national games and led an Olympic Movement in Nepal. Shah was a visionary who embodied excellence, friendship and respect, and inspired many. He blended sports, culture and education to bring people together.

Even though his tenure as the member secretary of the National Sports Council was over before I returned home from the US after finishing my undergraduate degree in 1989, the sports fraternity remembered him as someone who had profoundly impacted Nepali sports. Many would agree that he was indisputably the father of the Olympic movement in Nepal. 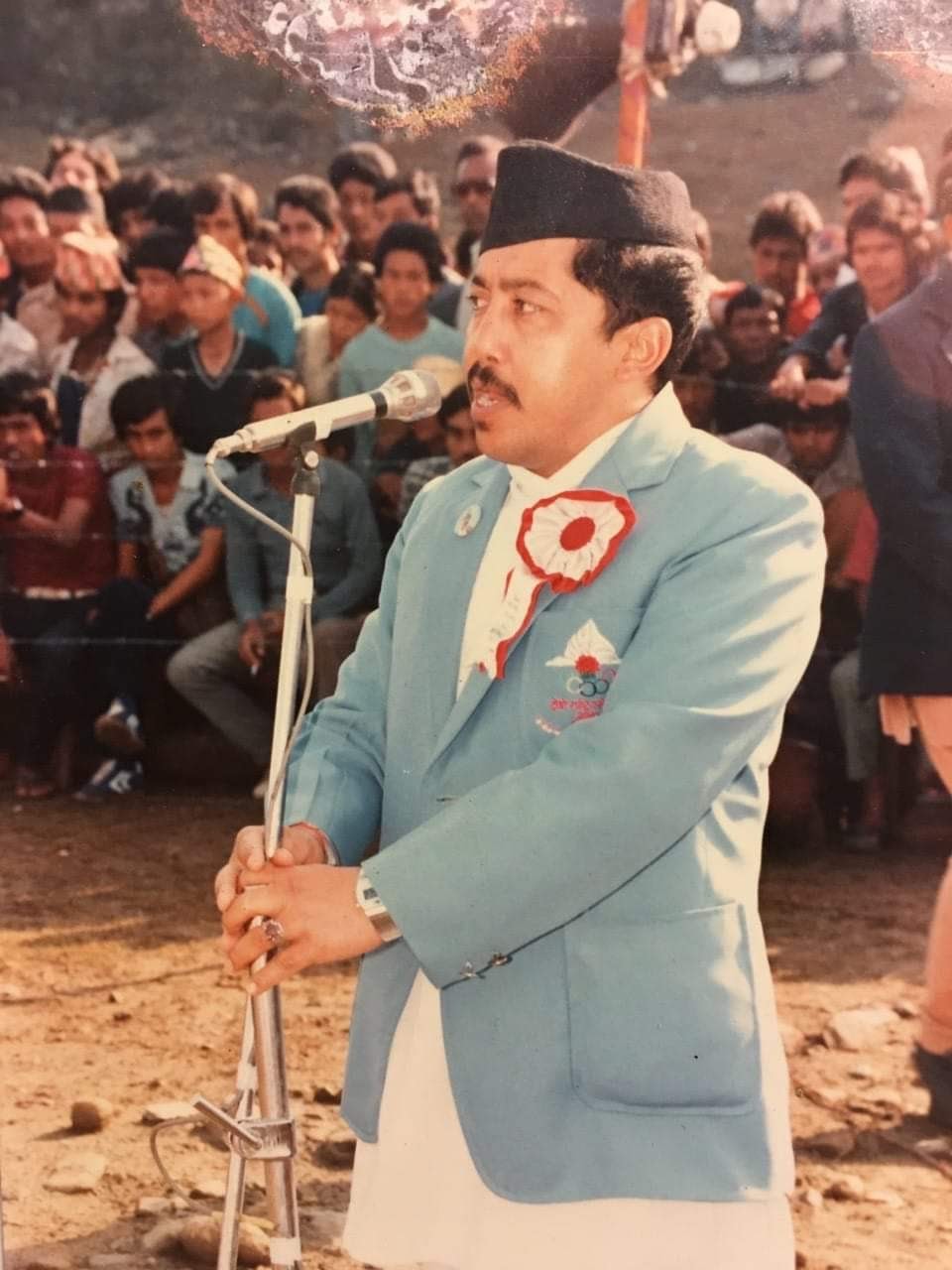 His vision to emulate Baron Pierre de Coubertin’s ideas of the modern day Olympic Movement within the SAARC region was brilliant. He truly believed in the idea that sports could change the world.

He enabled Nepal to act as a catalyst for collaboration amongst SAARC countries to celebrate sports in the region. His extraordinary ability to look far into the distant and carry the fundamental principles of Olympism proved fruitful when the SAARC decided to organize the South Asian Games.

Shaha was a passionate reader, and I would imagine that he would have memorized the Olympic Anthem played at each Olympic Games. His desire to kindle the same flame in our region was his dream.

The principles of Olympism are about driving social change that is far-reaching. What could be more apt for our region than to mobilize the masses through sports to practice non-discrimination, sustainability, humanism, universality and alliances.

Dr. Thomas Back, president of the International Olympic Committee, recently said, “In an increasingly individualized society which is on the other hand ever more globalized and networked, sport and sports organizations can only retain their significance if they achieve unity in diversity and base their organization and structures on the principles of respect, responsibility and reliability.” I have no doubt Shaha had understood this sentiment some four decades before. Developing administrators and leaders at the National Sports Council and across 75 districts still has his footprints.

In 2006 during the Asian Games in Doha, I had the honor of sitting next to the honorary lifetime president of the International Olympic Committee, Juan Antonio Samaranch. I introduced myself as an aspiring administrator of the Olympic Movement from Nepal. He smiled, held my hands and said, “This is a beautiful path you have chosen.” Then, he went on to inquire, “How is my friend Sharad and what is he doing now and where is he?” I told him that he was well and holds a very high position within the government. He then again held my hand and said, “Well, don't forget to give him my best regards.” This was a profound moment for me.

In 2001, after having struggled for months to get permission to use Gokarna Safari Park premises from the owners to organize the Asian Cross-Country Championships being held for the first time in Nepal, I met Shaha and the owner of the Park.

I was there to measure the course with a measuring device and it looked rather odd for someone to be carrying an instrument on wheels at a golf course. Shaha inquired what I was doing. Shah sat me down and explained to the owner the significance of such a game coming to his place. The flurry of media from across Asia who would come to cover the event and how they would take his place to Asia and the world. The way he put it across was amazing and within the next few days we were granted permission to host the Asian Cross-Country Championships in Nepal for the first time. He recognized but respected the purpose of my effort to bring Nepal to Asia and to the world.

His accomplishments may mean different things to different people. Shaha was someone who sought to create a life based on joy of effort, good example, social responsibility and respect for universal fundamental principles. And as athletes, spectators, judges, technicians, organizers, health professionals, educators and coaches, we must never forget that he actually lived by example. Coincidentally, as we mark the International Olympics Day today, it was also his birthday. He was a giant of Nepali sports, and his story must be told to the new generation.

Every year, World Hepatitis Day is celebrated on July 28 to raise awareness and understanding of the disease. This date... Read More...

Sustainable land management is a complex process which calls for a holistic approach. An interdisciplinary and inter-institutional coordination mechanism is... Read More...

Nobody is safe until everybody is safe. So a large chunk of the world population needs to be inoculated against... Read More...