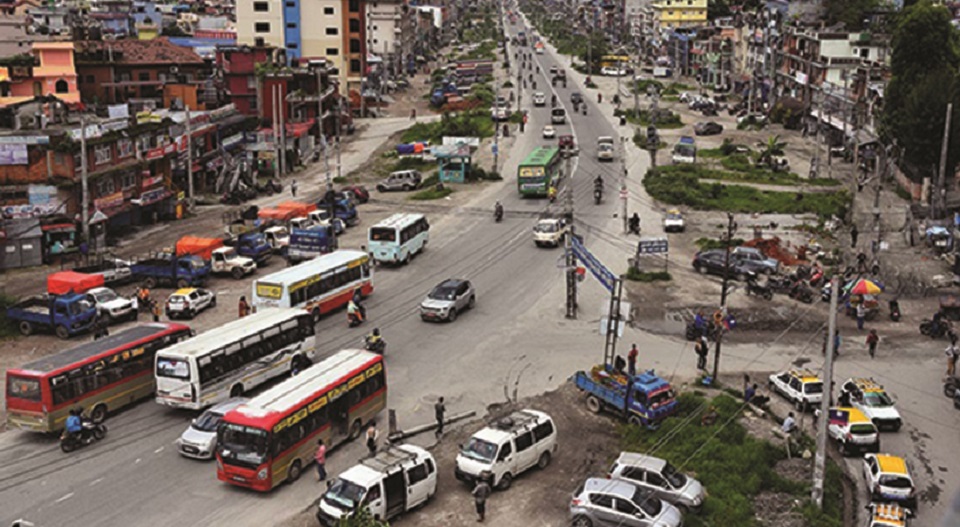 BANKE, July 17: Following the increase in the price of petroleum products, the fares of public transport were increased from June 20. The fares were increased by 5.30 percent for passenger vehicles, 6.94 percent for cargo vehicles operating on mountain roads and 7.7 percent for cargo vehicles operating on Terai roads. After the price of petroleum products fell, the government reduced the fare of public transport on June 26. The transporters who implement the decision immediately when the fares are increased, don’t adjust the fares when they are decreased.

Defying the government's decision, they have not reduced the fares. Due to the neglect of the local administration and the transport management office and civil society, the transport entrepreneurs are surcharging i.e. asking for the old fares from the passengers.

The government has reduced the fares ranging from 5.41 to upto 7.86 percent with effect from June 26. Fares have been decreased by 5.41 percent for passenger vehicles, 6.97 percent for cargo vehicles operating on mountain roads and 7.86 percent for cargo vehicles operating on Terai roads. However, long and short distance transport operators operating from Banke are reluctant to implement the decision to decrease the fares. Such a problem is also seen in the privately owned means of public transport. Passengers complain that they charge arbitrary fares.

“The transport entrepreneurs hiked the fares immediately after the government decision to increase the fare," said Pavitra Tharu, a passenger, “But it’s been so many days since the decision to decrease the fares was made but the fares are yet to decrases.” The District Administration Office and Transport Management Office are not even monitoring this matter. According to the general public, there should be monitoring whether the new (decreased) transport fare has been implemented.

On the other hand, the District Administration Office and Transport Management Office have said that they will monitor and take action only after receiving complaints. Common people have complained about it. "Administration and Transport Management Office have the authority to monitor whether government decisions have been implemented," said Bikas Karki, "To say that they will only monitor if there are complaints from citizens is not to care about citizens' affairs."

Namaste Kantipur Transport Pvt Ltd President Thaman Rokaye said that they are operating long distance transport. According to him, Namaste Kantipur is providing daily services in various districts from Banke to Karnali. Expressing ignorance about the government's reduction on fares, he said, "We have neither reduced nor increased the fare." At present, Namaste Kantipur has claimed that it charges Rs 1800 per person when going to the hill districts. However, passengers have been paying as high as upto Rs 2500 per person while traveling on smaller vehicles such as Hiace from Banke to Jumla.

Bageshwori Transport Pvt Ltd General Secretary Tank Basyal also says that they are charging the fare as per the instructions of the government. According to him, Bageshwari Transport Pvt Ltd has not done random fare collection. Despite the fact that transport companies have said this, they have not reduced the fare. On the Nepalgunj-Kohalpur route, ‘Tata Magic cars’ have been charging Rs 60, while biger cars have been charging Rs 50 to 55 per person. They increased this price when the government increased it.

NEPALGUNJ, March 16: CMG Club Sankata and Rupandehi XI are set to battle in the summit clash of the Tuborg Second... Read More...

Chandragiri Municipality to provide Rs 50,000 in relief to landslide victims
3 hours ago