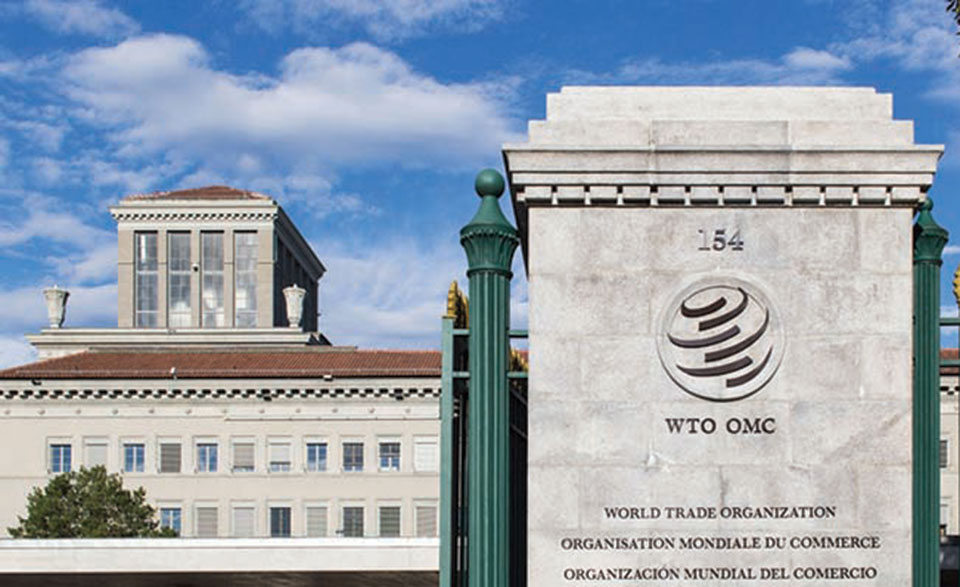 As a landlocked country, Nepal should be able to raise the voice for favorable trading conditions in the international rule making as the countries are discussing WTO reform

Global merchandize trade has experienced slowdown after 2011 which is mainly attributed to the economic recession of 2009-10 and the drop in the prices of fuels and minerals in the ensuing years. The situation got aggravated as the US government made a big shift in its trade policy after 2016, introducing the element of protectionism under the banner of ‘make America great again.’ The imposition of import tariff by the US government at an unprecedented rate escalated trade tension, instigating other exporting countries to take retaliatory measures. President Trump withdrew from the Trans-Pacific Partnership (TPP) agreement in the following week of assumption of his presidency, announced to renegotiate the NAFTA agreement, and put the Trans-Atlantic Trade and Investment Partnership in jeopardy, leaving the negotiating partners in dilemma. Tariff escalation on various goods by the US government and subsequent retaliatory measures undermined the rules-based trade and posed existential threat to global trading system.

Another setback for WTO is the blistering attack on the appellate body which is considered as an effective institution to settle trade disputes between members. One of the many prominences of WTO over its predecessor—GATT—is the teeth for effective enforcement of dispute settlement rulings by the appellate body. This body will be paralyzed after December 11, 2019 as the adjudicators number in the panel will fall short of quorum required to review and take decisions on cases of disputes. The US has been blocking the appointment of judges on the pretext that the appellate body is functioning even beyond its jurisdiction.

Various trade agreements under WTO have given leeway and left caveats for flouting the established rules in the name of protecting legitimate interest of the member countries. Two such exception clauses can be invoked in case of security concern and public welfare issues that are related with protection of public health, public morale, ethics, and control of smuggling, drugs etc. But, these provisions are made a lever to restrict trade and protect domestic industries. The US government has cited the reason of national security while imposing additional tariffs on steel and aluminum but lacks convincing justification.

There has been long debate over several issues in the WTO negotiations, particularly between the developed and developing countries after Doha Round. This round of negotiation, also called development round, has focused on bringing the developing and least developed countries at the forefront of international trade by leveling the playing field through special and differential provisions and support for trade capacity development. However, negotiations in Doha remained elusive as members could not come up with convergent approaches in agriculture, manufacturing, services, intellectual property rights, and other concurrent issues.

Despite several headwinds, the multilateral trade forum still remains relevant in achieving the objectives of increasing standards of living, enhancing income and employment opportunities and also optimizing the use of global resources for the benefit of mankind. Open and liberal investment and trade regime is the means to achieve these noble objectives but growing inequalities and asymmetry in benefit sharing and growing dissent over several negotiating issues over the last couple of years has compelled member countries to do soul-searching. In this context, some countries in the north and south have proposed WTO reform.

Implications for LDCs
It seems that interest of the least developed countries is being forgotten somewhere over the clashes of developed and developing countries. With the advent of trade liberalization, the mammoth gain goes to some developing countries like China, India, Vietnam, Brazil etc, as they have been able to achieve meteoric rise in export of goods and services. Least developed countries, particularly the landlocked ones, are still reeling under low trade performances and deserve special attention of the global trading community in order to bring them into the picture of international trade. The agenda of WTO reform should pay heed to the situation of those geographically disadvantaged countries.

Some of the WTO agreements have mentioned LDC specific support measures and preferential treatment but many such agreements have included developing and least developed countries within a single basket in terms of providing special and differential treatment. There is huge asymmetry in terms of size of economy, per capita income, size of agricultural farms, level of mechanization and industrialization, company efficiency and digital divide between the developing and least developed countries. Hence, the least developed countries need to forge their own agenda with special consideration of the landlocked countries in the process of advancing reform agenda. Nepal as a landlocked country hoodwinked in the wave of trade liberalization, should be able to raise the voice for a favorable trading conditions in the international rule making. It depends on the ability and skills of our diplomats and negotiators whether they will be able to influence the negotiation process of the multilateral trading system in favor of like-minded countries. This is crucial time for Nepal. It should remain watchful as countries are discussing WTO reforms.

Indian Oil to supply fuels to Nepal for five years

March 28: Indian Oil Corp has agreed to supply refined products to Nepal for the next five years to meet... Read More...

Nepse ekes out marginal gains in volatile trading
17 hours ago