Regional conference of honorary consuls kicks off in capital 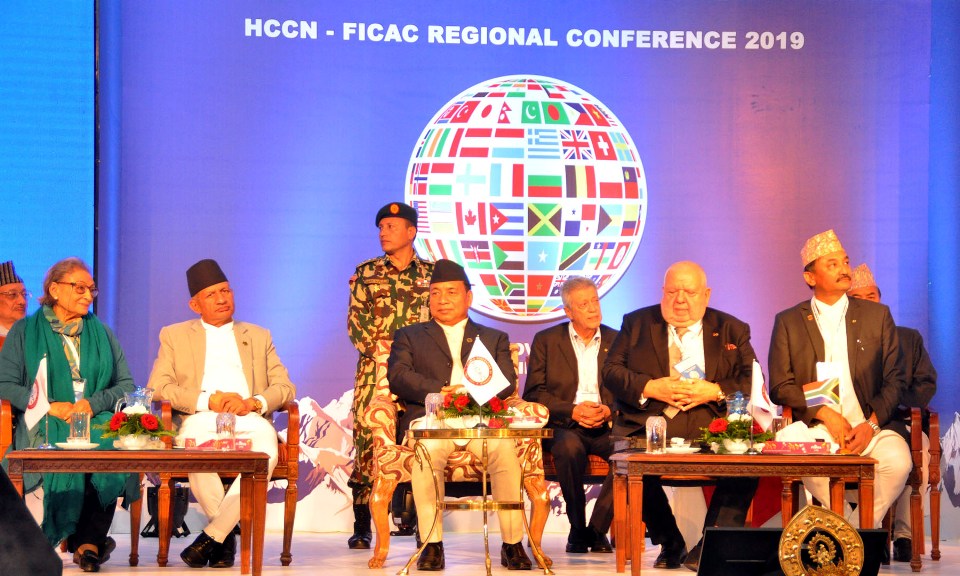 KATHMANDU, Nov 13: The regional conference of the honorary consuls has commenced from today in Kathmandu with an objective to advance the cause of economic prosperity through economic diplomacy.

Organized by the Honorary Consul Corps Nepal (HCCN) and World Federation of Consuls , the three-day event will deliberate on the issues such as 'gender-equality', 'climate change and melting of the glacier rivers' and 'networking sites and prosperity' among others.

The participants will also forge a partnership for prosperity through the expansion of economic diplomacy, trade, tourism, culture and social activities. The conference also aims to promote Visit Nepal 2020 as well as enhance Nepal's image in the international forum.

Minister for Foreign Affairs Pradeep Kumar Gyawali said that building 'Prosperous Nepal' was the top agenda of the incumbent government in the wake of political stability and Nepal entering the phase of economic transformation. He shared that the government was stepping up its works to achieve SDGs within 2030 and to upgrade Nepal from the Least Developed Country to a medium-income country.

Stating that the government had issued investment-friendly acts and laws to attract foreign investment for the overall development of the country, the Minister explained, "We have considered amendment to various acts and laws related. We have launched one-point service centre for industrialists. We have issued Foreign Investment and Technology Transfer Act which enables the foreign investors to take home their rewards in a hassle-free manner."

Similarly, HCCN Nepal's Dean and Honorary Consul of South Africa Pradeep Kumar Shrestha called for cooperation from all quarters to achieve all 17 goals of SDGs. Stating that the climate change was the pressing issue of the current time, he urged one and all to be aware about the obstructions created by the global warming to achieve the SDGs.

He urged the participants of the event to encourage the investors in their respective countries to consider investment in Nepal which, he said, had ample opportunities for investment in hydropower, trade, building network and alliance, physical infrastructure and service sector.

Federation's President Dr Aykut Eken spoke of the need for regional cooperation for achieving SDGs and underscored the need for active role of the honorary consuls international trade and economic prosperity.

KATHMANDU, July 9: The government has made it mandatory for the office bearers and other officials of provincial and local... Read More...