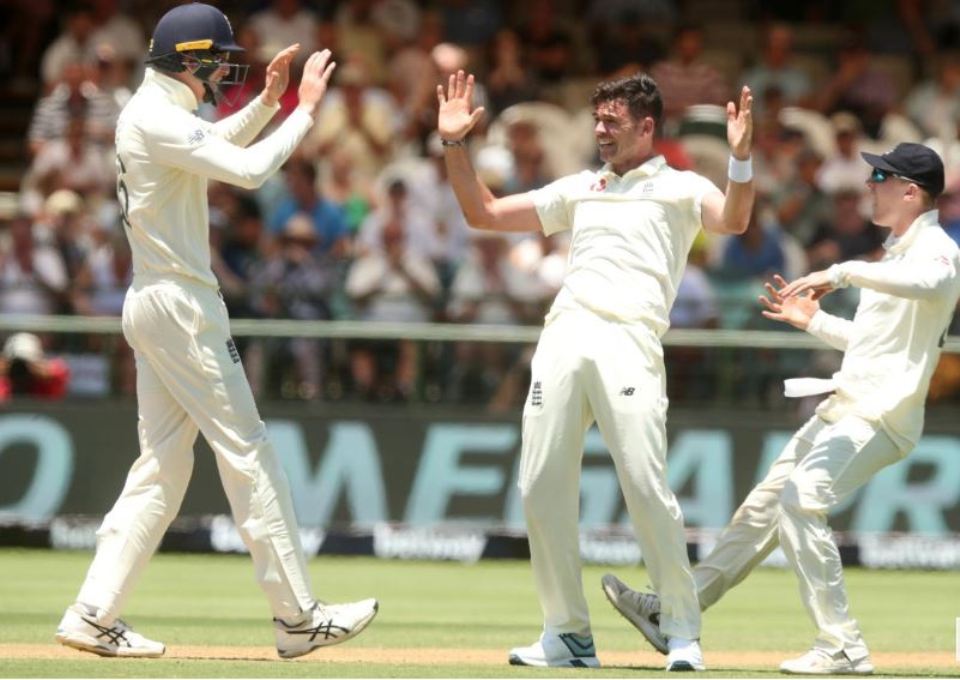 CAPE TOWN, Jan 6: James Anderson says a couple of days of hard test cricket has reminded him why he is in love with the game after claiming an England record 28th five-wicket haul in the second test against South Africa on day three at Newlands on Sunday.

Anderson, 37, showed superb control to record figures of 5-40 and move past Ian Botham on the all-time list of test five-fors in an England jersey, putting to bed any debate that the previous four months out with injury were a sign he should think of retirement.

“I sat down after yesterday’s play and felt like that is what I have missed, a proper hard day of test cricket,” Anderson told reporters.

“That is why I still want to play cricket. You put in a proper shift and it makes all he hard work and (injury) frustration worth it.

“I love the challenge that test cricket brings, putting in the hard yards in the field, having to graft for your wickets, to try different things, the fields and plans when things are not going your way. That is why I want to keep going.”

England have a second innings lead of 264 after getting to the close of day three on 218 for four in their bid to level the four-match series after losing the first test in Pretoria by 107 runs.

Anderson says the side have been surprised by how flat the wicket was on Sunday after it had fairly prodigious sideways movement on the first two days.

“The guys that batted said it felt flatter. Strangely, here and Pretoria, when the cloud cover comes over, it is the opposite to England and the pitch flattens out.

“We are hoping for sun (on Monday) for the wicket to deteriorate. We have some hard work tomorrow, hopefully we can bat into the second session and dictate terms on the day.”

Leading England’s charge to post a total will be opener Dominic Sibley, who recorded his maiden test half-century and is 85 not out off 222 balls.

“We have seen he has the ability to score runs, but now also the mentality to stay at the crease for a long time and that is something we have been missing for a couple of years. Hopefully he can go on tomorrow and in his career.”

At War With a Virus
7 hours ago

IN PICS: Rhododendron forest remains silent amid COVID-19 lockdown in Panchthar
37 minutes ago

Sub-Saharan Africa to fall into recession in 2020, says World Bank
4 hours ago