Reconstruction of government buildings in the final stage 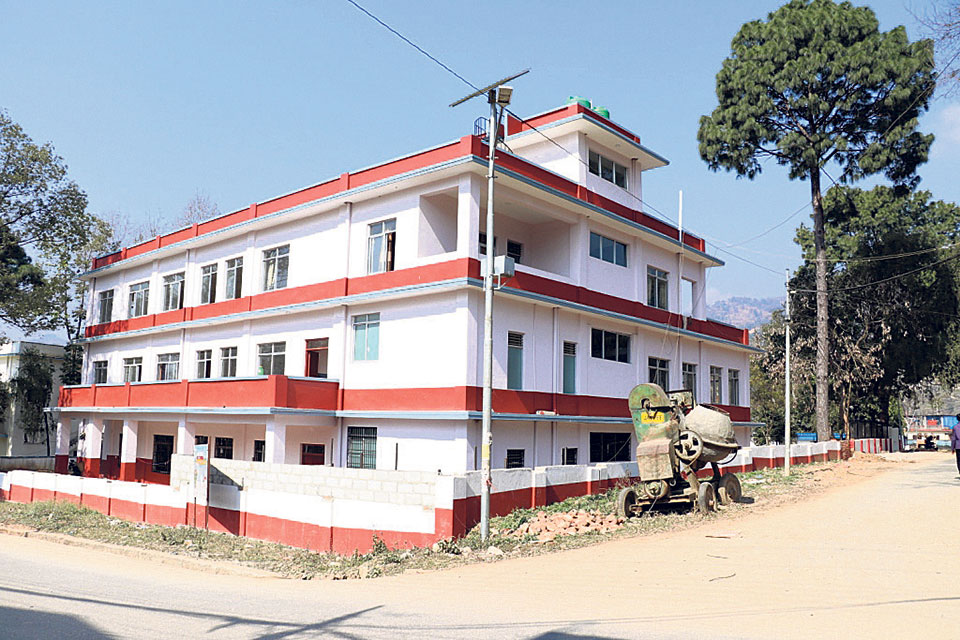 The reconstruction of government buildings in the district had begun with the building of the District Soil Conservation Office in September 2016. But this building which was constructed at the cost of more than Rs 22 million could not be used for that purpose. Currently, this building is being used by the District Forest Office. The Forest Office building is, however, under-construction. Government buildings in the district are being reconstructed by the government of Nepal with the help of the Asian Development Bank's loan and the Indian Embassy in Kathmandu.

According to the chief of the District Project Implementation Unit (buildings) of the reconstruction authority, Leela Khatiwada, the reconstruction of many government buildings which were damaged by the earthquake and some which required repairs prior to the earthquake has now been completed. According to Khatiwada, several government buildings which are being reconstructed are in the 'urgent category' while there are some that may have no use for some time.

Many of the buildings which have been reconstructed wear a deserted look due to the lack of staffers. Even though the government is reconstructing big buildings to house government offices, the reality is that many of the offices remain empty due to a lack of employees.

KATHMANDU, Sept 21: Four years since the destructive earthquakes of 2015, Kaiser Library in the capital is still awaiting reconstruction.... Read More...