Recommendations of a fiction fanatic 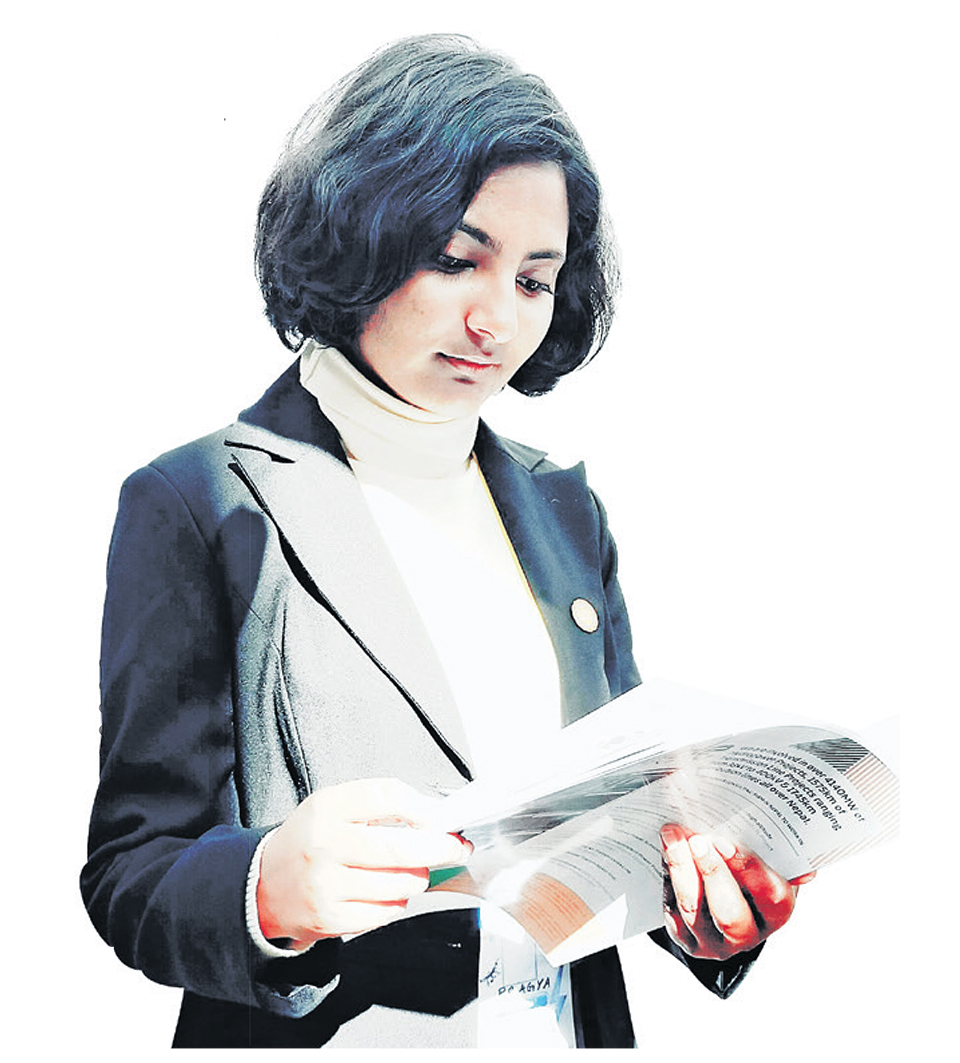 19-year-old Pragya Mallick has been reading for as long as she can remember. Mallick, who is currently in her third semester of Bachelor’s in Electrical and Electronics Engineering at Kathmandu University, claims that she spends a good chunk of her free time reading novels and when she isn’t doing that, she is browsing through the stack of novels at her college library. Mallick names sci-fi, fantasy and historical fiction as her favorite genres and admits that she is pretty picky about the book she reads. Here, she lists five of her favorite books and explains why she recommends everyone to read these books at least once.

by J. K. Rowling
If you don’t count the comic books I read as a child, I’d say Harry Potter is the first book series I ever read. I’ve always been fascinated by magic and reading this series only solidified my love for the genre. The Harry Potter series also feels very special to me because I basically grew up reading it. This series is something that I feel every bibliophile should check out.
The series revolves around an orphan boy, Harry Potter, who finds out that he is a wizard at the beginning of the series. Rowling then takes us on a journey where we see Harry make friends with other students who attend Hogwarts School of Witchcraft and Wizardry, find out the reason behind the death of his parents, fight the evil wizard Lord Voldemort and explore the magical world. Rowling is very detailed in her writing which helps the reader imagine everything quite vividly. There are also many unexpected twists and plot reveals throughout the series which makes reading it fun and exciting.

The Hitchhiker’s Guide to the Galaxy
by Douglas Adams
The Hitchhiker’s Guide to the Galaxy is the first of six books in a comedy science fiction series written by author Douglas Adams with the same name. The series is about the misadventures of Arthur Dent, the only earthman alive, who is rescued by Ford Prefect, an alien who is working as a researcher for The Hitchhiker’s Guide to the Galaxy—an enormous encyclopedia-esq guide with information on every planet that exists in the universe—disguised as an unsuccessful actor, right before the destruction of earth caused by Vogons (a race of aliens who live on the planet Vogsphere).
As someone who is interested in space, I found this series fascinating. I’ve alway wanted to travel to space and reading Adams’ take on this subject felt very satisfying. This series is adventurous, futuristic and I would recommend it to anyone who likes sci-fi because it’s the best of the genre.

The Book Thief
by Markus Zusak
Anyone who likes reading about war or history will probably enjoy The Book Thief. It is a historical novel based on a real life story Zusak’s mother had told him growing up that greatly impacted his perception of life. The story is based on the life of a young German girl named Liesel who grows up with her foster parents, Hans and Rosa, during the World War II. Although Liesel doesn’t know how to read, she realizes the importance of words, books and reading early on in life and throughout the story, we see her stealing many books to fulfill her craving for stories. After witnessing all this, Hans teaches the girl how to read and later on, Liesel starts writing her own story and titles it The Book Thief.
I generally enjoy reading historical novels so The Book Thief is right up my alley. The thing that I found to be the most interesting about this novel is how death is the narrator of the story. It’s intriguing because the unique narrator gives the story a certain depth and mystery.

The Lord of the Rings series
by J. R. R. Tolkien
The Lord of the Rings is another one of my favorite series. This high fantasy series written by J. R. R. Tolkien starts with a bunch of events that happen in The Hobbit. The titular character, who is also called the Dark Lord Sauron, is actually the main antagonist of the story and is looking for his lost ring that hold a lot of his power. Although the series consists of three books, each book is divided into two parts, making a total of six volumes. The Lord of the Rings is a long and intense read but you are in for a fascinating ride. It tells a heroic fantasy tale and its thoroughly developed magical world makes the story all the more gripping.

All the Lights We Cannot See
by Anthony Doerr
All the Lights We Cannot See is another historical novel based on the lives of two characters Marie-Laure, a blind French girl, and Werner Pfennig, a German orphan. The novel is set during World War II and the two main characters of the story meet each other while trying to survive during this trying time. The author Anthony Doerr does a good job in intertwining and painting a vivid picture of the two parallel stories about the two children, and flawlessly switches between these two narrations. This book sheds light on how the lives of normal people were affected by the World War and Doerr’s brilliant and convincing storytelling skills make you forget that the story is actually fictional. You get so lost in the world that Doerr has crafted that you don’t want it to end.

"Harry Potter" creator JK Rowling is teaming up with music streamer Spotify to launch an audio recording of the series'... Read More...