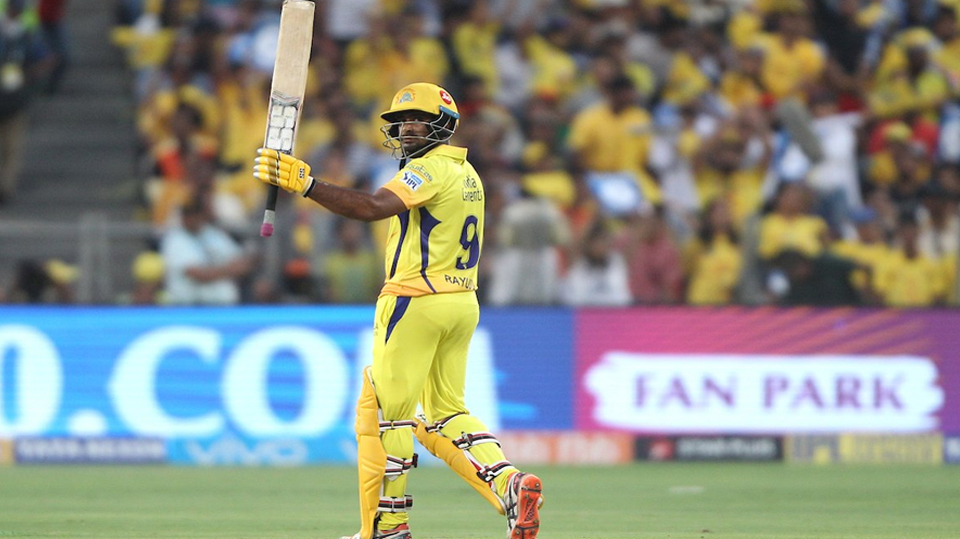 Chasing a target of 180 runs presented by Sunrisers, Chennai achieved the target in 19 overs with the loss of two wickets. Ambati Rayudu has contributed a century with seven fours and seven sixes in 62 balls.

Shane Watson made 57 runs with three sixes and five fours in 35 balls. Mahendra Singh Dhoni made not out 20 runs and Suresh Raina out in only two runs.

Sandeep Sharma took only a single wicket for Sunrisers is not enough to win.