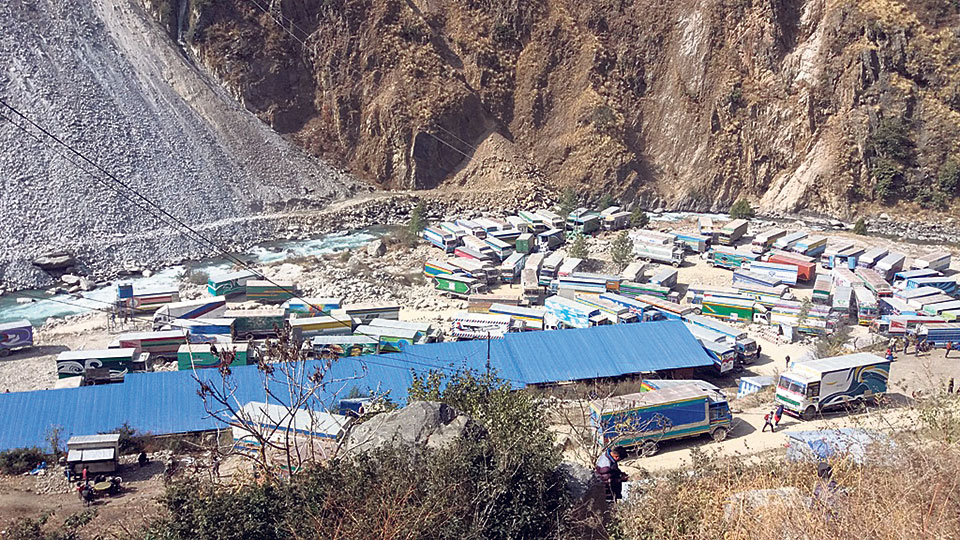 The collection is about four percent more than the target set by the government for the fiscal year.

Punya Bikram Khadka, chief revenue officer at the office, told Republica that revenue mobilization increased due to increased import and export activities through the Nepal-China border.

Major commodities imported through the customs points during the period were readymade items, electronic items, and other materials for upgradation of Tribhuvan International Airport, according to Khadka. "Rise in imports as well as increment in customs valuation contributed were the major reasons behind more revenue collection," Khadka said. "Appreciation of US dollar vis-à-vis local unit and healthy growth in import of construction materials has also given a boost to revenue mobilization."

Nepal's major exports through the customs point during the period were flour, beaten rice and handicraft products, according to Khadka.

RASUWA, August 8: The redesign of the Integrated Check Post (ICP) under construction at Rasuwagadhi, a trade gateway with China,... Read More...