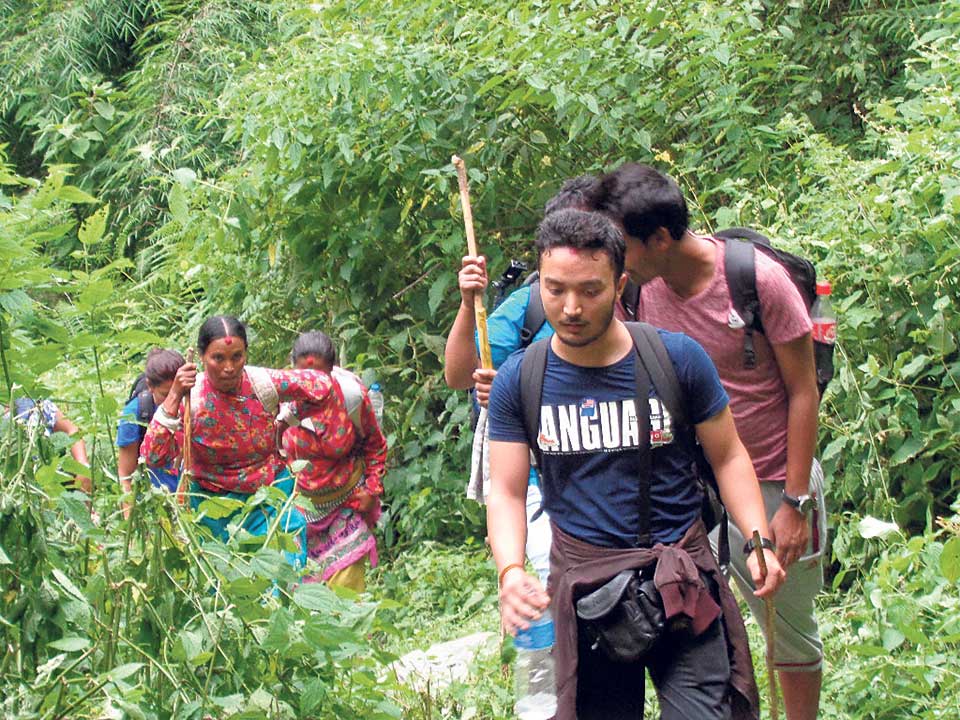 Tourists are seen trekking to Gosaikunda Lake in Rasuwa district.

According to statistics provided by Langtang National Park Office, most of the tourists visited Langtang, Gosaikunda, and Rasuwagadhi, among other destinations, as well as other villages on the Tamang Heritage trail.

The figure includes around 9,000 pilgrims who visited Gosaikunda during Janai Poornima festival, according to the office.

The national park office started keeping records of domestic tourists from October last year. Before that, there was no mechanism to keep record of tourists.

Nepalis have to pay entry fee of Rs 100 to enter Langtang National Park, while guides and porters accompanying foreign tourists have to pay only Rs 25 per person.

Increasing flow of tourists has elated locals. “Earlier, we used to get only around 500 tourists per day. Now, we are getting around 1,000 every day,” Navin Lama, who operates a lodge in Gatlang, told Republica.
There are around 150 hotels and lodges in the district. Nepalis

According to local tourism entrepreneurs, the number of domestic tourists started growing right after the Dashain festival. “Hoteliers are excited to welcome Nepalis as they spend more than foreign tourists,” said Lama.

A group of domestic tourists spend anywhere between Rs 5,000 to Rs 15,000 per day depending on group size, according to Lama.

Rasuwa is rich in natural, cultural and religious attractions. The district is also home to endangered species like red panda and snow leopard, among others.