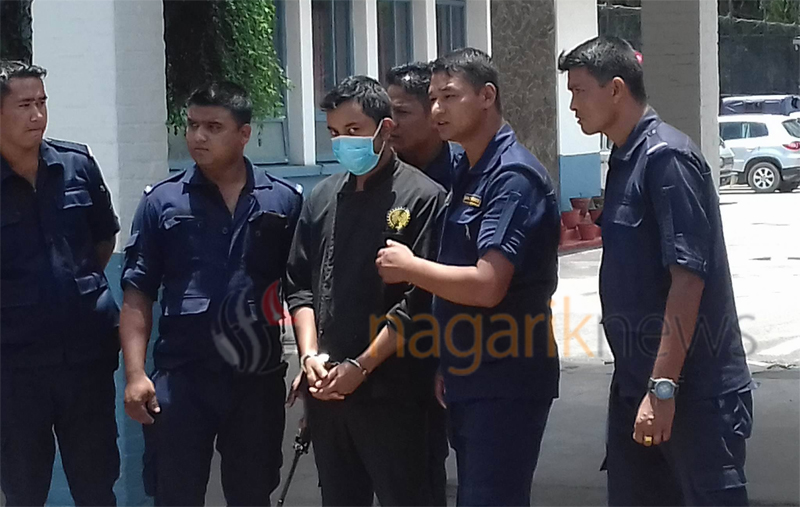 KATHMANDU, June 26: Shyam Raut, who had been hiding in India after being accused of raping and murdering a 14-year-old girl has been arrested and made public after six years of investigations.

Suntali Tamang of Ramechhap was reported to be missing on January 19, 2012 and her body was found near Likhu River after 15 days.

During the investigation, it was found that she was raped and then murdered.

Raut was suspected since the beginning of the investigation. He was arrested but released after few days due to the lack of strong evidence.

“He fled to India immediately after the release. We kept a close tab on the activities of Raut in Andaman & Nicobar Island with the help of Indian Police”, said DIG Ganesh KC, during a press meet on Monday and added “We came to know that he was in Noida and was preparing to come to Nepal. We found him at Nepal-India border of Rupandehi district.”

Although DIG KC claimed that Raut was arrested from Nepal-India border, a source confirmed that he was taken under control with the help of Indian police across the border.

Police were in pressure from the public saying that those who have no access to power are deprived of justice.

Police were under pressure from victim’s mother, Dilli Maya Tamang, who was active during the investigation.

Dilli Maya Tamang, mother of the victim, who was present at the press meet, expressed her happiness and thanked the police for bringing the criminal to justice after six years.

According to the sources, Raut used to work at a hotel in Nicobar.

Sub Inspector of Metropolitan Police Crime Division Ramesh Bajagain recognized him when he came for treatment in Noida. Bajagain had brought Raut to Nepal.

BHOJPUR, July 18:  Police have arrested a boy on the charge raping a minor girl in Arun Rural Municipality-5 in... Read More...