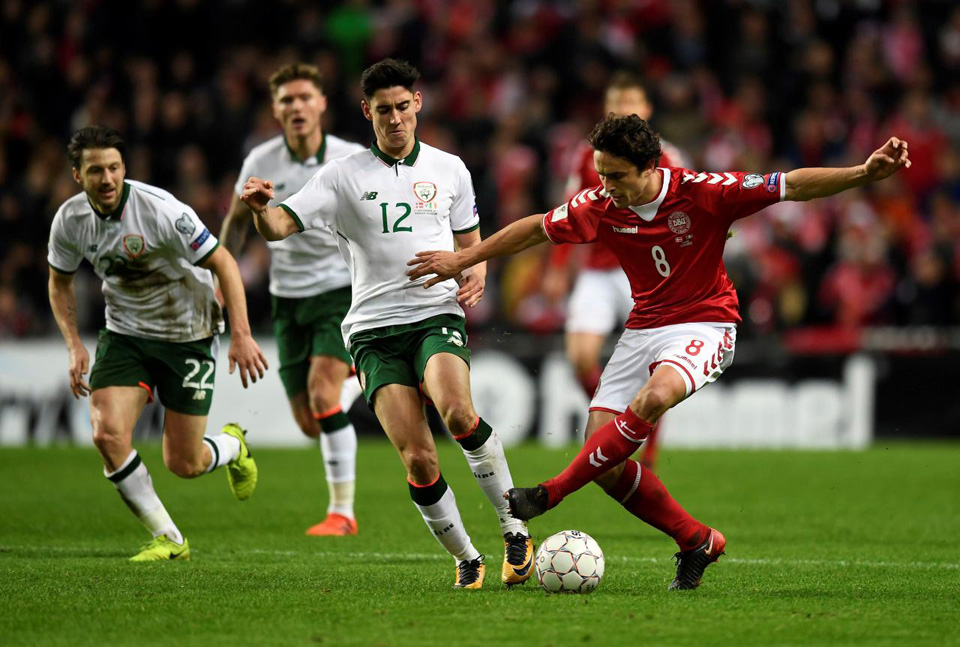 COPENHAGEN, Nov 12: Goalkeeper Darren Randolph pulled off a string of fine first-half saves as Ireland held Denmark to a scoreless draw in the first leg of their World Cup playoff on Saturday, with the two sides due to meet again in Dublin on Tuesday.

The Irish defended deeply from the first whistle, denying playmaker Christian Eriksen space, but the Danes still managed to fashion half a dozen scoring chances in the first half.

With his side barely venturing forward in attack, Randolph was called into action early, parrying a stinging volley from Jens Stryger Larsen and smothering an attempt from Andreas Cornelius to hammer home the rebound.

Eriksen and Pione Sisto also went close for Denmark in quick succession, and Randolph tipped over a late header from Yussuf Poulsen to ensure his side escaped from the Danish capital with a draw.

Aimlessly firing long balls forward, Ireland barely threatened the Danish goal and a solo raid by Cyrus Christie at the end of the first half was the closest they came to breaking the deadlock.

Nicklas Bendtner’s arrival as a second-half substitute for Sisto was greeted with roars of approval from the vast majority of the 36,189 fans at the Parken Stadium, but the popular striker did little during his 17 minutes on the field.

Poulsen’s late header on target gave the Danes hope of a late winner, but the Irish slowed the tempo even further to close out the game and set up a decisive 90 minutes in Dublin with a place at next year’s finals in Russia at stake.

DUBLIN, Nov 19: Denmark were pushed to the limit but got the point they needed to seal a place at... Read More...

KATHMANDU, June 26: Denmark go behind Group C winner France into the last 16 with the first goalless draw of... Read More...

Sundar puts India in charge, made to wait for maiden century
39 minutes ago