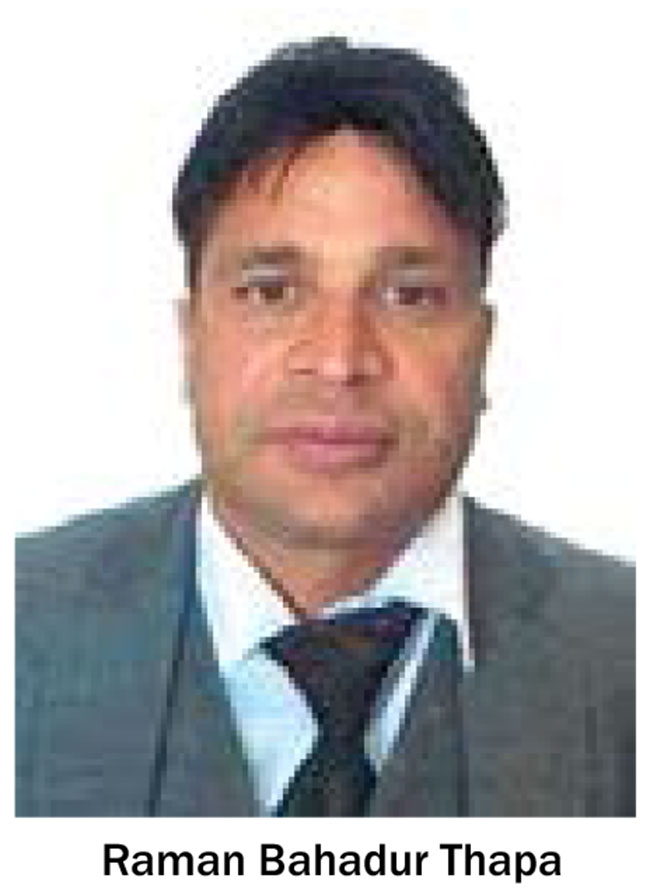 RAMPUR, PALPA, March 22: After less than a year in the post, Mayor of Rampur Municipality Raman Bahadur Thapa has been widely criticized for carrying out development and other activities of the municipality in an arbitrary fashion and against the norms of elected office.

Thapa has been accused of conflict of interest and criticized for doling out taxpayer money without first endorsing the budget from the municipal assembly as also for distributing salaries to his team members as well as to himself without first formulating the required laws through the provincial assembly.

A local leader of Nepali Congress (NC), Thapa was elected mayor in the local elections held in June last year. NC has a majority of seats in the municipality, including mayor, deputy mayor and six ward chiefs.

Mayor Thapa owns Bhirkotkali Overseas Pvt Ltd at  Kalanki in Kathmandu. The firm received a sub-contract to construct the Rampur (Palpa)-Damachaur (Syangja) motorable bridge over the Kaligandaki River. Elite SBA JV of Kapan, Kathmandu, which had won the  Rs 156.8 million contract for the 181-meter bridge in 2011 sub-contracted it to Thapa. The contractor is committed to completing the work within two years.

"Everything has been halted now, citing wrong design," said Gopal Bhandari, chairperson of the consumers' committee formed to monitor the bridge construction. "Both the contractors and government officials are responsible for this  delay and should be punished."

During the election campaign, Thapa assured voters he would construct the bridge if he won. Almost a year after the election, no concrete work has been done.

Mayor Thapa, who has 10 dozers and excavators and a bus, has been mobilizing his construction equipment despite the conflict of interest. Thapa owns eight pieces of heavy equipment including four JCB bulldozers and operates six other pieces of such equipment under the names of relatives, said knowledgeable sources. Locals were irked when he used his own bulldozers in construction work in the municipality.

"I have been using three of them in road construction in the municipality. Others are being used in other places," said Thapa. "I have the right to engage in business just like other people. So I use my equipment for earning money."

Thapa bought a bus three months after his election as mayor and is part of a transport syndicate. His company, Subidha Construction Pvt Ltd, is involved in road construction.
"Thapa still holds the post of chief of Subidha Construction," said a ward chairperson of Rampur Municipality, requesting anonymity.

However, he allocated the money personally and has involved himself in opening up a road track without the municipal council taking any decision. Thapa reportedly allocated Rs 15 million including official allocations to each of the wards as per his own will. "Rs 2.5 million was spent in Ward 3 to open road tracks as per the council decision but Rs 2.7 million was given to Ward 3 and Rs 3 million to Ward 9 without the endorsement of the council," said sources. "Such cases are to be found in every ward."

Thapa said he has carried out work in all 10 wards over and above what the council has endorsed. "I have released the budget for them. But I will get it approved by the assembly," he added.

Mayor Thapa has criticized also for distributing money arbitrarily. He provided Rs 80,000 to his friend Tika Ram Dhakal of ward 6 for a program of cultural promotion while he provided only Rs 20,000 for the maintenance of the Ghodemutta drinking water project that supplies water to people in Pecklook of ward 6, according to local resident Krishna Dhungana.

"I don't care about any article of the Constitution or clauses of  Acts. We have our own articles and clauses. We have approved them from the municipal council," said Mayor Thapa while talking to Republica.

Sources said the elected officials are receiving their salaries and additional money for petrol and maintenance costs without following the relevant procedures. The municipal council approved monthly salaries of Rs 40,000 for the mayor, 35,000 for the deputy mayor and 25,000 forward chairpersons.

However, Deputy Mayor Bishnu Devi Acharya said the municipality had not taken any decision about road expansion and compensation to people as per the right to property. "We are now drafting the rules," she added. "Some rules may be approved at the coming municipal assembly meeting  on March 23 ."

Former lawmaker from the local parliamentary constituency Radha Krishna Kandel criticized the mayor for spending money at his whim. "He has violated the fiscal laws and rules," Kandel said.

Dinesh Kumar Thapaliya, secretary at the Ministry of Federal Affairs, said mayors cannot fix salaries themselves. "It should be as per the provincial law in accordance with the Constitution of Nepal," said Thapaliya. "The law doesn't allow spending budgets without approval from the provincial assembly."

Thapaliya said local representatives cannot operate dozers, run businesses, do contract work or involve themselves in activities where there are conflicts of interest. "The Local Level Operation Act 2017 restricts  activities  that involve conflict of interests," he added. "If they violate the rules, they will be punished."

UML wins both mayor and deputy mayor in Changunarayan Municipality

BHAKTAPUR, May 30: CPN-UML has won both mayoral and deputy mayoral posts in Changunarayan Municipality. ... Read More...

Sun is our election symbol; EC will soon grant us the party’s legitimacy: Dahal
20 minutes ago